The Hive God of War, Xivu Arath, has been driven back – but her influence lingers. In this ongoing conflict with the Hive, as humanity also struggles to regain its footing in the fight against the Darkness, a potential ally approaches: Caiatl, Empress of the Cabal.

Caiatl, daughter of the deposed emperor Calus, is unifying the disparate forces of the Cabal under her banner as she tries to rebuild the once-great empire. With her army growing in strength every day, she beings to assemble a war council made up of her greatest champions. It is at this moment, while humanity is facing foes on multiple fronts, that she approaches the Vanguard with a proposition.

And so, with the start of a new Destiny 2 Season, Guardians are once again faced with the question: What is the price we’re willing to pay to defeat the Darkness?

Season of the Chosen is here, Guardians.

Now that you’re caught up with the story, we should look at what’s new in Season of the Chosen (because there’s quite a lot) which runs from February 9 to May 11. With foes planting their flags on multiple destinations, Guardians must grow their power to claim victory on new Battlegrounds and in new strikes.

The new Seasonal activity calls on Guardians to face Caiatl’s chosen warriors who have taken up arms to defend the glory of the empire. Rise and face them as a champion for humanity.

Season of the Chosen kicks off with two Battlegrounds on Nessus and Europa. After that, additional Battlegrounds open in the following weeks. They’re replayable matchmade activities, so group up with some friends or make some new ones by hopping in the queue and joining a fireteam.

These three strikes become available during Season of the Chosen:

The first two strikes open on the first day of the Season, while Proving Grounds lands a few weeks later to coincide with the Seasonal story. Check out the Seasonal calendar to see when these strikes open and to plan your adventure.

Guardians need a powerful arsenal to engage with Caiatl, Xivu Arath, and the Darkness. To build that arsenal, a cache of new and reissued weapons is being added to the loot pool. Between Exotics, Legendaries, and ritual weapons, there are over 25 weapons to collect.

The new Seasonal weapon is Ticuu’s Divination, an Exotic Bow that fires multiple arrows with a single draw of the bowstring. Each arrow homes in on an enemy, dealing Solar damage and striking a blow for humanity.

Both Ticuu’s Divination and the Seasonal armor set are instantly unlocked for Season Pass holders. Players who dive into the Season for free will have access to both the armor and the Bow by leveling up and unlocking them (and a bunch of other rewards) via the new Seasonal rewards track.

Donning the armor and wielding the weapons of a champion is only the beginning. Even though most of the Vanguard’s enemies only need one outfit, one weapon, and one objective: Kill Guardian; Guardians need to be a bit more flexible. That’s where the H.E.L.M. comes in. The H.E.L.M. is a new location in the Tower where Guardians can meet with allies, plan their next attack, and unlock new rewards.

Speaking of new rewards, Umbral Engrams are back.

Umbral Engrams help you get the perfect versions of your favorite gear. Fans of Destiny will fondly remember these engrams from Season of Arrivals – and now they’re back with a twist.

Umbral Engrams still let you control the rewards you unlock, but a new game feature called Prismatic Lenses will let you control what you unlock to an even greater degree. So, even though you used to choose if you got armor or a weapon, and even the pool of armor or weapon you wanted to roll from, now there’s even more control.

Think about it this way:

But obviously, instead of a dessert, it’s a weapon or piece of armor. There are multiple Lenses to collect and each one lets you control your rewards in different ways.

Can’t start playing Season of the Chosen right away? Worried about missing out on the rewards from a weekly bounty? The new Seasonal Challenges system has you covered.

These Challenges last throughout the entire Season and replace weekly bounties. So, no matter when in the Season you get started, you can complete the Challenges from previous weeks to earn Seasonal rewards, Bright Dust, and much more!

A new year in Destiny means a new Guardian Games event to rekindle the never-ending argument over which class reigns supreme. Compete, earn themed rewards, keep an eye on the leaderboards, and when the dust settles, the best-performing class gets a trophy that stands in the Tower for the rest of the year.

Titans took the gold last year but based on what I’ve heard Hunters and Warlocks say, that was a fluke. Whatever the case, the time has come for the Titan’s trophy to come down and for every class to get a new chance at glory.

There’s a new Silver Bundle that helps players buy Season of the Chosen, grab an exclusive emote, and pocket enough Silver to hit the Last City in Eververse style. Buy yours today and unlock the For the Audience Legendary emote.

Whether you buy the new Silver Bundle or for start playing Destiny 2 for free, and Xbox Game Pass members can jump in today with Destiny 2: Beyond Light, we can’t wait you to join us and champion humanity as one of the Traveler’s chosen – a Guardian of the Last City.

Editor’s Note (February 10, 12pm PT): We’ve updated the information regarding when strikes will be able to play during the Season of the Chosen, recommending to check the Seasonal calendar for the most accurate info. 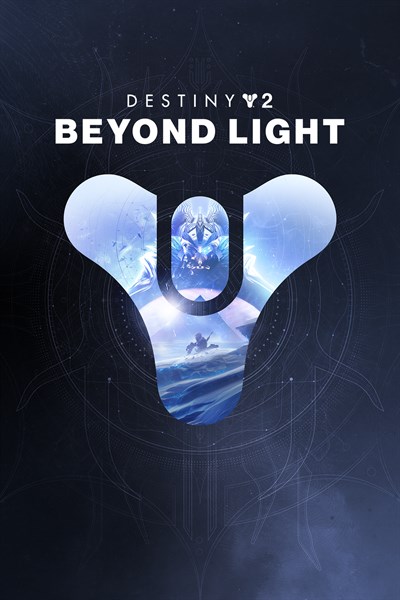 ☆☆☆☆☆ 214
★★★★★
$29.99
Get it now
Includes access to the No Time to Explain Exotic Pulse Rifle and catalyst EMBARK ON A NEW JOURNEY The frozen frontier of Europa holds many lost secrets from the past, including the chilling dark power of Stasis. You must work with the mysterious Exo Stranger to harness its power before your enemy, Eramis the Kell of Darkness, bestows it on her Fallen forces. WIELD THE DARKNESS Use the new elemental power of Stasis to dominate the battlefield. Each Guardian class uses Stasis in a different way: Warlock – Shadebinder: Summon a powerful Stasis staff and freeze enemies in ice. Hunter – Revenant: Channel Stasis shards to form a pair of Kama blades. Titan – Behemoth: Strike foes down with a mighty Stasis gauntlet. GROW YOUR ARSENAL Beneath the ice and ruins lie countless relics, an arsenal of weapons, and more. Claim this cutting-edge tech from the clutches of time and dare to tame the wasteland 105 GB hard drive storage space required as of November 10, 2020. Subject to change. Requires broadband internet. After November 10, 2020 see www.destinythegame.com/size-requirements for current requirements prior to purchase. Destiny 2 may contain flashing patterns and images that may produce adverse effects for a small percentage of people sensitive to them. Bungie, Inc. makes no guarantee regarding the availability of online play or features and may modify or discontinue online services with reasonable notice at any time. Using the software constitutes acceptance of the Destiny Software License Agreement available at www.bungie.net/sla. © 2021 Bungie, Inc. All rights reserved. Destiny, the Destiny Logo, Bungie and the Bungie Logo are trademarks of Bungie, Inc. Published and distributed by Bungie, Inc.