The Nissan Z Proto is an exciting car for racing fans. There’s a myth that surrounds the Nissan Z series of cars, ever since the original Nissan 240Z from the ’60s came to the US and Europe and taught everyone a lesson about how to make affordable and brilliant-handling sports cars. The “Z” series is a vital piece of Nissan lore, and Project CARS 3 is about to deliver something both unique and truly special with the Z Proto.

See, this is actually Nissan’s one-off twin-turbo 3.0L V-6 “test-mule” of their new Z-series production car, and when Nissan asked us if we wanted to include it in the Power Pack DLC that launches March 2 for Xbox Series X|S and Xbox One, our answer was, predictably, “Are you **** kidding!? Yes!”

It was only after that we began to consider the difficulties of getting it done on time… but never mind, the opportunity for our players to sample this unique content was far too good to pass up!

I say difficult because making a car for Project CARS 3 involves so many interconnected pieces and it only works if there’s a close working partnership between car manufacturers and us. Given there’s only one of these cars in the world, Nissan were great to work with, not only sharing their CADs, but also sending their photographers to the US (where the car was based) to collect the hundreds of photos we needed to get it built on time.

Obviously, we’re all car nuts here at SMS, so the physics team had an especially good time pouring over the CADs and comparing it to the previous gen’s 2020 Nissan 370Z (also in the Power Pack DLC) to see what Nissan has changed and improved. I could tell you a couple of secrets, but I think I’ll keep those to myself!

The way we build a car at SMS is a complex process since we specialize in authentic simulation. We start by taking the photos and CADs and build the car from the ground-up before texturing the details onto the 3D model and then moving on to sorting out the interiors. That’s when the digital gauge cluster is done with our own UI tech’, ensuring the speedo, RPM-counter, temp gauges etc., are all perfectly synched to the physics and engine data.

And then once all that is done—weeks of work by various teams—I get to test-drive the car. First!

That’s a tradition at SMS — I’ve test-driven every new car in our sims for a decade now, and it’s always a special feeling. Knowing the car is basically as close to the real-thing as current simulation technology allows and knowing the only people in the world who’ve driven it (and who will ever drive it) are Nissan’s small group of real-world test drivers—well, you know, it’s pretty cool!

Sadly, unlike them, what I’m looking for at that point is whether the camera settings are correct, if the wheels are spinning, if the dials are functioning correctly, etc., so I’m sorry to report that Nissan isn’t waiting for my setup or handling advice…

Once that’s done, the car then goes off to the artists to dress up and then we take it to our internal test track where we put cameras all around and take screens from every angle imaginable. That’s what we send to Nissan for approvals.

It’s a laborious process, but manufacturers are eagle-eyed when it comes to simulated versions of their cars these days. They really insist on one-to-one accuracy. For instance, Nissan were quick to approve the geometry, but they also nixed our liveries because the mirrors and roof on the Z Proto must be black. So, you’ll find the customization options in-game will always include the black mirrors and roof on the road-going version.

Since we’ve all been working on race cars for over 15 years at the studio, we have a sense of how various manufacturers go racing, and we set about building what we imagined Nissan would create if they made the Z Proto for GT4 racing.

Body kit, wings, splitter, full race materials inside and out and gorgeous Nissan liveries. Done, we sent this car to Nissan and they immediately came back and asked us to rename it as a “SMS-R” to ensure no one thought Nissan had a secret race Nissan Z Proto running around!

I think that’s a huge credit to our team—we created something so authentic Nissan were concerned the media would think it was the real McCoy! The “SMS-R” comes with classic racing Nissan liveries as well—one from the Nissan Fairlady 240ZG GTS-II (the granddaddy of the Z series) and the Nissan 300ZX IMSA GTS (both in Project CARS 3)—so I can see why they insisted we renamed it.

Project CARS 3 is the third chapter in the Project CARS franchise, and the Power Pack DLC is the third DLC and features an all-Japanese line-up of timeless classics: the 1985 Toyota Sprinter Trueno GT Apex (AE86), 2002 Nissan Silvia (S15) Spec R Aero, the 2020 Nissan 370Z, and the 2021 Nissan Z Proto, all with distinct race conversions. It also comes with a free track: Lake Valley Speedway, Utah, USA (with 4 layouts including an oval and figure of 8).

I hope you get a thrill out of racing this one-off piece of automotive history. It handles like a Z car should. Quick and fun! 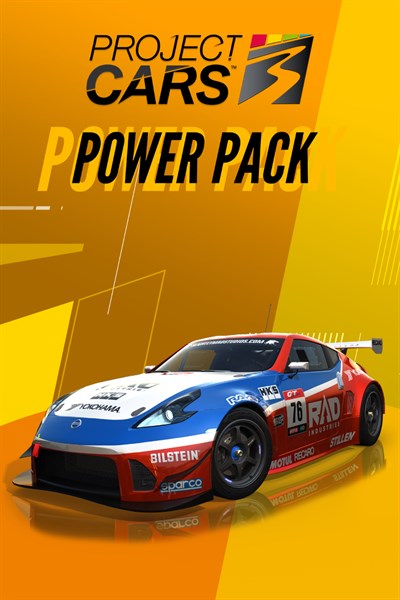 ☆☆☆☆☆ 3
★★★★★
$9.99
Get it now
Time for some serious clutch-kicking sideways action with 4 epic Japanese rides soaked in tradition, legacy, and pure tail- and elbows-out fun. Become one with the “Hachiroku”, the one and only 1985 Toyota Sprinter Trueno GT Apex (AE86); win it all with the unconquerable 2002 Nissan Silvia (S15) Spec R Aero; and find glory with Nissan’s legendary “Z” cars – the 2020 Nissan 370Z, and the 2021 Nissan Z Proto, months before its official debut. Plus, get dozens of customization options and events, only with the Project CARS 3: Power Pack. Contents: – 1985 Toyota Sprinter Trueno GT Apex (AE86) + Race Conversion The club-to-rally-to-circuit racing legend with the all-action, high-RPM 1.6L twin-cam, near perfect handling balance, and light as a feather chassis comes to Project CARS 3. In the European Touring Cars Championship, it beat everything the world could throw at it for four consecutive seasons. In Japan, it became the go-to ride for the street-racing “hashiriya” crowd. And in the hands of the “Dori-Kin”, it defined the sport of drifting forever. Power, poise, performance: an icon of motorsport. – 2002 Nissan Silvia (S15) Spec R Aero + Race Conversion With a 6-speed manual and limited-slip’ diff, this Nissan may have become a drift legend with no less than seven D1 championships, but at heart, it remains a potent circuit racer. The Nissan Silvia S15 dominated the All-Japan Touring Car Championship in the early ’00s and, upgraded, remains a force in club racing around the world. – 2020 Nissan 370Z + Race Conversion It’s time to experience the thrill of the legendary Z. Half-a-century of race-won pedigree comes to the 2020 Nissan 370Z, with its world-first SynchroRev Match that auto-blips for performance-orientated downshifting, the fourth gen 3.7L V6 pushing 332hp to the rear wheels at a screaming 7,000rpm, and a 55/45 weight bias that shifts to an almost impeccable 50/50 when you nail the throttle. Lightweight, quick, and everything you’d ever want from a “Z”. – Nissan Z Proto + Race Conversion Get into the new Z generation months before its release into the world. Simulated for Project CARS 3, the new Nissan Z Proto has all the visceral cues of epic Z-design – long hood, short rear deck, and wheels pushed out to the corners. The Nissan Z Proto stays true to its DNA and then adds a modern twist to its iconic styling and comes with an all-new twin-turbo 3L V-6 and manual 6-speed box. The Z has always been about the intimate connection of driver to machine. Now it is your turn to feel the thrill of pure driving pleasure. • 16 Themed Events • 12 Liveries • 20 Decals • 5 Patterns • Achievements • 5 Rims • 10 Tires • 10 License Plates • 5 Race Numbers • 1 New Character with 10 Outfits & 10 Helmets • 1 Free track: Lake Valley Speedway, Utah, USA (with 4 layouts including an oval and figure 8) 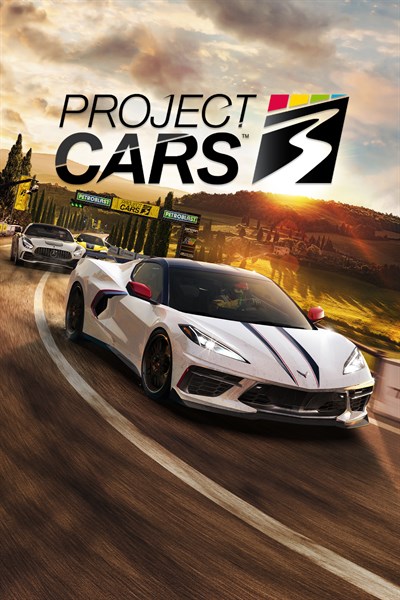