In the year 2411, the Klingon Empire is in shambles. Chancellor J’mpok, having gone mad with power, has declared himself emperor, setting off a fracturing of the great houses that could spell the end of the great empire. With nowhere else to turn, you journey to the Klingon holy planet Boreth, intent on raising the one warrior who can unite the empire under her guidance. The empire’s first chancellor, L’Rell.

Star Trek Online, the free to play online roleplaying game, has always lived in the place between Star Trek series. Now that there are three new Star Trek shows on the air, with more to come, we’re in an amazing position to be able to bridge different eras and different storytellers. The biggest example of this is probably the update that just launched on Xbox One (and playable on Xbox Series X), House Reborn. After a year of building up to this, the story of the Klingon Empire will take an exciting turn as we bring together Klingons of the past and present.

Boreth, the Klingon holy world, has appeared in two Star Trek series. In “Star Trek: The Next Generation,” it was shown as a dark, cavernous place, where Worf journeyed to receive a vision of Kahless, the greatest Klingon. In “Star Trek: Discovery,” it was an expansive, medieval place full of light. The reason the planet seems so different on two different shows is obvious – television, and its ability to take us to far away worlds, has advanced a long way since we saw the planet the last time. But Star Trek Online is in a unique position to bridge that gap. Our artists have created a Boreth that is true to both eras. And our writers have created a story that bridges them all.

There are over 40 Star Trek actors in Star Trek Online, reprising their roles from the television show. House Reborn brings together the most Klingons from the most eras ever. J.G. Hertzler returns as Martok, possibly the greatest Klingon general to ever live. Robert O’Reilly appears as both the original STO character Aakar, and Gowron, the treacherous Klingon who appeared on both “The Next Generation” and “Deep Space Nine.” And two newcomers join us. Mary Chieffo is L’Rell, the Klingon Matriarch who brought the Empire together in “Discovery.” Her son, and the head Monk of Boreth, in that series was Tenavik, played by Kenneth Mitchell. Ken wasn’t able to record the return of Tenavik, but he was able to coach his hand picked replacement, Sam Witwer. You might have heard Sam’s voice screaming “Kenobi!” in the middle of a desert once.

Never played an honorable warrior of the Klingon Empire before? Now is the absolute best time to give it a try. The entire Klingon starting experience has been remade. Take command of your own vessel by killing a traitorous captain in honorable combat. Unearth a conspiracy that threatens the entire empire, and journey to Grethor, the Klingon hell, to kill a god or three. You’ll find yourself screaming “Qapla’!” in no time. In fact, right now there’s a Klingon Recruitment Event going on, meaning your new Klingon will earn special rewards, as a mysterious benefactor directs you to destroy the Empire’s secret enemies.

And one more thing – this release marks the 11th anniversary of Star Trek Online. We’re so grateful to everyone who’s been playing with us all these years, and we’ve got something special for you. Participate in the anniversary event to unlock the Temer Class Raider, a brand-new starship, the first ever built together by Klingons and Romulans. It’s a beautiful and terrifyingly powerful ship that can be yours absolutely free.

So sharpen your bat’leth, prepare your war songs, and get ready to conquer the final frontier. We’ll see you there, captains. 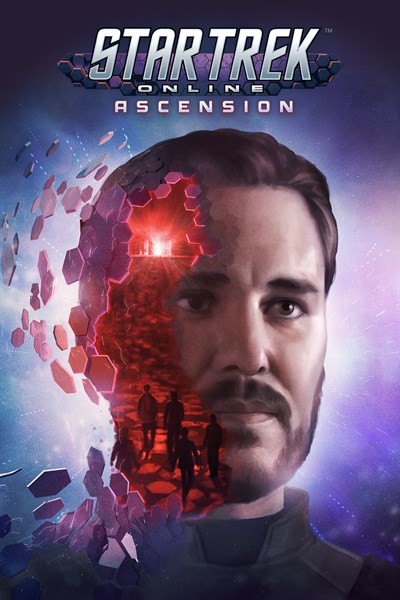 ☆☆☆☆☆ 361
★★★★★
Get it now
Star Trek Online puts you in the captain’s chair of your own adventure in the Star Trek universe. You’ll be able to lead your ship and crew on adventures in space and on the ground in this ever expanding, completely Free-to-Play online universe. Key Features: 100% Free to Play: Free to download, free to play, no hidden pay walls, and all of our content updates are totally free. Intrigue in the Final Frontier: We have a rich story line that unfolds over 125 episodes that feature friends and foes from every part of the Star Trek universe. Celebrity Involvement: Star Trek Online features over 15 actors spanning every series of Star Trek. You’ll have the opportunity to party up with Worf, Seven of Nine, Tuvok, Harry Kim, and many many more. Choose your Faction: Explore with the Federation, Fight for Honor with the Klingon Empire, or rebuild your species with the Romulan Republic, the choice is up to you!