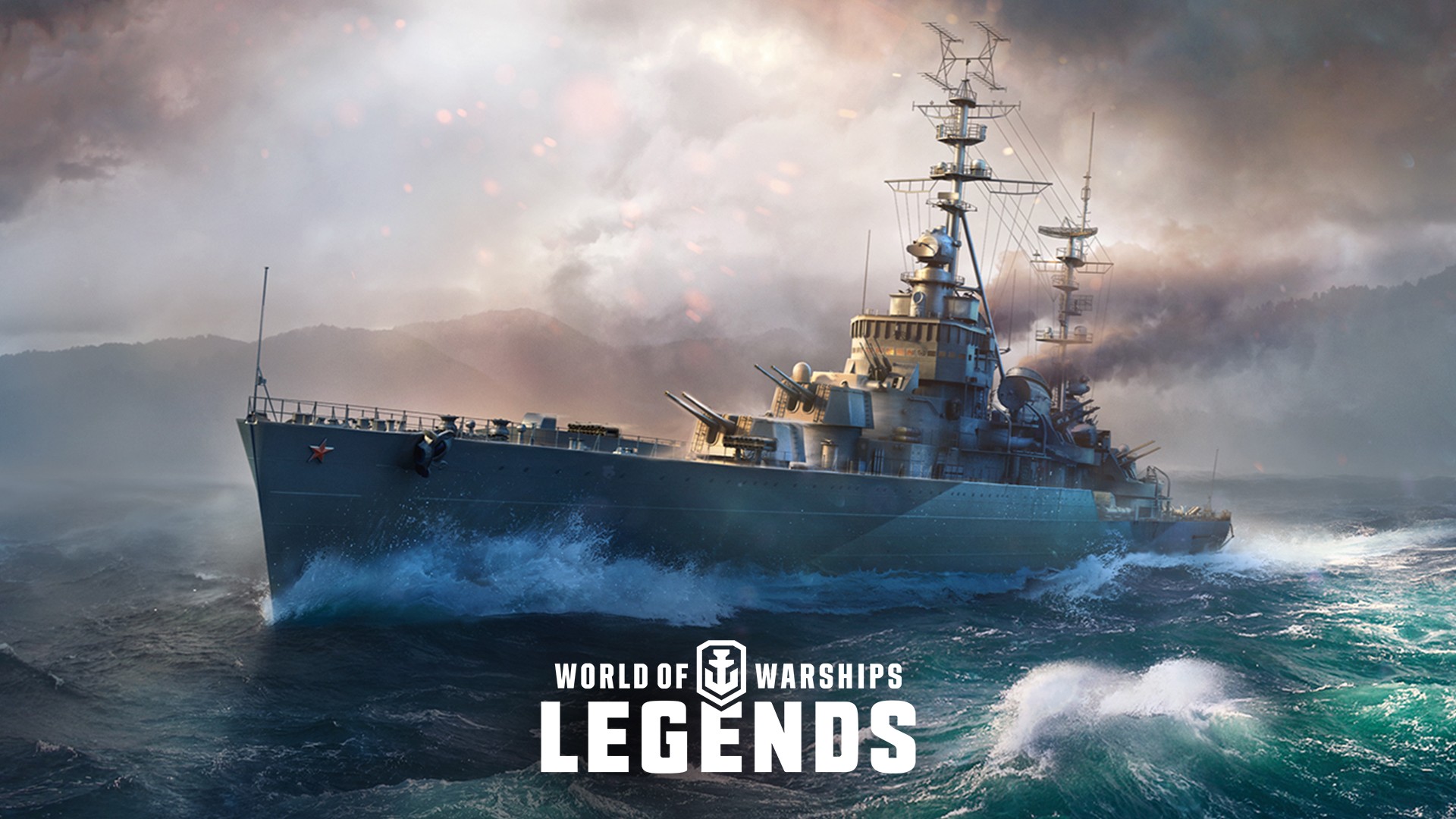 March is coming in hot with new events, ships, and projects in World of Warships: Legends on Xbox Series X|S and Xbox One! There’s a new campaign to earn a multi-role Russian cruiser, plus two new legendary ship projects, the full release of British heavy cruisers, and some events to dive into. World of Tanks is heating things up as well this month with the arrival of its latest season, Flashpoint! Let’s look at what’s waiting for you in the world of tactical warfare!

World of Warships: Legends – Taken by the Storm

The new campaign in World of Warships: Legends is called Taken By Storm, which refers to the namesake event that the featured ship Ochakov is named after. In the late 18th century, the city of Ochakov was taken by Russian forces in a smashing victory, aided in part by the Russian Navy in the area. We took inspiration from this event in naming the Ochakov, which is based on a post-war Russian design for a small light cruiser. This tier VII ship is setup for whatever you may encounter in battle, with eight excellent 6-inch (152 mm) guns, long-range torpedoes on each side, plus sonar and radar all make this little cruiser a valuable asset to your team. You can earn Ochakov along with a ton of loot and equipment by completing the 100 milestones of the campaign with Admiralty Backing. Admiralty Backing drastically increases the rewards you can get from the campaign and helps you get the most out of each update, it is available in the campaign overview for doubloons.

There are a couple of legendary-tier ship projects arriving in the Bureau as well: British battleship Conqueror and the American destroyer Gearing. With a ludicrous broadside of twelve 16.5-inch (419 mm) guns, Conqueror is more than capable of dishing out some serious damage in the legendary tier. The Gearing was a long-serving class of destroyers that initially carried a powerful set of torpedoes and 5-inch guns as her main armament. You can start on these legendary projects in the Bureau during this update to add these ships into your fleet permanently.

Last update brought the first British heavy cruisers into early access, and now they are being unleashed into the high seas! Every ship in the line can now be researched and unlocked, including Albemarle at tier VII. The British heavy cruisers carry low velocity, heavy hitting guns plus a powerful repair party and sonar. Albemarle tops it all off with the addition of a radar, giving her a powerful set of tools with the right captain at the helm.

There are also some special additions coming into the game for the upcoming holidays. St. Patrick’s Day will be featured up front with some unique camouflages, literal pots of gold, and Belfast. Ranked battles are slated to make a return for a couple of weekends, giving you the best chance to earn a handful of steel badges. Plus, there’s a new commander coming for U.S. Destroyers, specializing in improving their torpedo armaments.

Not to mention, there’s something spacial on the event horizon soon for April Fool’s Day!

It’s going to be a busy update on the seas, no doubt… and it’s not going to be any quieter on the World of Tanks war front, thanks to the launch of Flashpoint!

World of Tanks – Flashpoint is the brand-new season of content designed to bring the battlefield forward into the next era of tank warfare. Just like our previous seasons, it challenges tankers to climb through 100 Levels by earning XP in multiplayer battles. As tankers rise through the levels, they’ll receive rich rewards including gold, key cards, silver, and exclusive visual upgrades… and they can earn even more season-exclusive rewards by acquiring a World of Tanks – Flashpoint Season Pass!

But what do players love most about World of Tanks? That’s right, the tanks! The ultimate rewards of World of Tanks – Flashpoint are four tanks that represent a new chapter in the game’s history as it progresses from its World War II-era theme toward the formidable Cold War years.

With the regular season progression, every tanker will have a chance to earn the hard-hitting 50TP Prototyp Heavy Tank from the Polish tank line. Players with a season pass will be able to earn two additional tanks: the console-exclusive Chinese Type 59-II tank and the brand-new American T77 tank with the historic Creighton Abrams Commander.

Players with a World of Tanks Ultimate Season Pass will get one more coveted item on top of the regular season rewards and the season pass content: the all-new Polish CS-52 LIS! Not only does the CS-52 LIS come with a tank commander straight from the pages of history (the astounding Edmund Orlik Commander); it also paves the way for a massive update to the Polish tech tree with the introduction of the Polish medium line of tanks, coming later this spring!

Are you ready to march on toward greatness in battle? Then join us for all the new content in World of Warships: Legends and World of Tanks Flashpoint! Glory awaits!

☆☆☆☆☆ 406
★★★★★
Get it now
Experience epic naval action in World of Warships: Legends, a global multiplayer free-to-play online game in which you can master the seas on the decks of history's greatest warships! Recruit Legendary Commanders, upgrade your vessels, and stake your claim to naval domination alongside and against players from around the world. FREQUENT UPDATES New content in the form of ships, Campaigns, Bureau Projects, events, and more arrive regularly! Each update brings new features to shake things up in-game. FEATURE RICH Develop Legendary warships such as Yamato from the ground up in the Bureau, compete in Ranked Battles seasons for exclusive patches and extra rewards, and finish epic Campaigns to gain powerful new ships! CHOOSE YOUR COMBAT STYLE Take control of over 120 destroyers, cruisers, and battleships—a range that's perfect for every playstyle, whether it be an all-guns-blazing approach, more careful and methodical attacks, or tactics that are unique to you. TURN THE TIDE IN EPIC 9V9 BATTLES Join forces with friends to challenge players around the world, and work together across consoles to devise strategies and plan attacks via voice chat. Cooperate to outgun your opponents and Turn the Tide of battle! World of Warships: Legends features loot boxes known as "containers" and "crates." These provide various items to boost your in-game progress 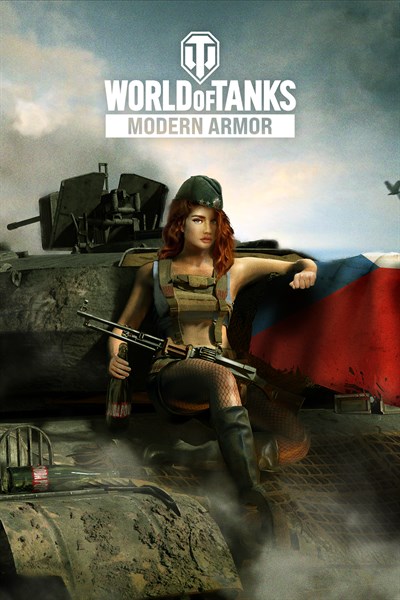 ☆☆☆☆☆ 1224
★★★★★
Get it now
Xbox One X Enhanced
World of Tanks is a global online multiplayer free-to-play game dedicated to tank warfare in the mid-20th century. Custom built for Xbox, World of Tanks features realistic vehicles and environments, enabling players to command history’s most powerful tanks and experience combat on Xbox like never before. Features: • Strategic, fast-paced 15 vs 15 online action. • Over 700 authentic tanks to choose from among 12 nations. • Battle across a variety of environments with varying terrain and weather effects • Built-in support for Xbox One X pushing the boundaries of graphic fidelity. • Regular updates offer new content and frequent special events.