Gather your troops and dive into the depths of Krystara! Jump into the rich and sprawling fantasy world of Gems of War, a must-play for match 3 RPG fans.

From the Depths of the Night, Devour Your Enemies!

Great for new Gems of War players who are looking to level up but want to give a little edge to their teams! The new Shadow Dragon Legendary Starter Pack is here to help Xbox Game Pass Ultimate members kickstart their epic adventures across all Kingdoms in Krystara, just in time for the 5.4 update!

Hailing from Swords Edge, this legendary troop doesn’t come alone. The starter pack includes not only the Shadow Dragon legendary troop, but a legendary weapon, legendary ingots, and a plethora of souls to aide in your battles.

An X-clusive Pet for Your Journey

Xbox Series X|S owners will also receive an X-clusive Pet. This little mimic is sure to keep you company on your adventures. Grab your Legendary Shadow Dragon starter pack, boost your attack power, and dominate the battlefield today!

Our 5.4 Update will also include fantastic new gem shapes and color target spell effects across the Gem Board. New live events and additional holiday pets are also coming to Krystara.

Don’t want to miss out on upcoming troops, features, and updates? Make sure to join our amazing community to find more information and add to the conversation. Follow us on Facebook and Twitter 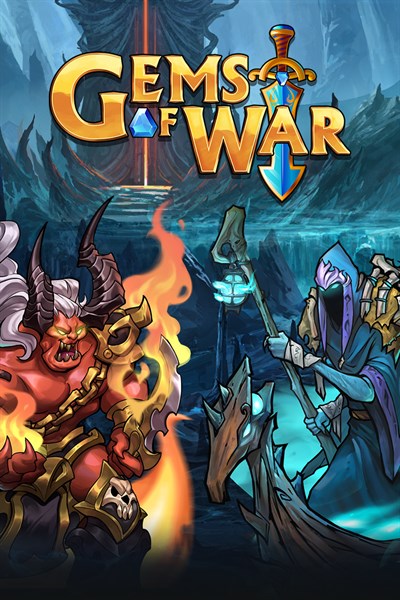 ☆☆☆☆☆ 278
★★★★★
Get it now
From the creators of Puzzle Quest, play the new Puzzle/RPG/Strategy mash-up, GEMS OF WAR! Battle against epic bosses or other players. In Gems of War, you battle your foes not just with swords and sorcery, but with a puzzle board! Match gems to power your spells, and match skulls to smite your enemies! Then take the spoils of war, and forge a mighty empire. It’s highly addictive, easy to learn, and filled with crazy combos and tons of depth. · Collect and level-up over 300 different troops and their special spells · Discover over 250 Quests, each with a distinctive story · Collect all 150+ Weapons and their unique spells · Rise on the global rankings in asynchronous PvP · Team up with others in guilds and join forces in Guild Wars · Conquer all 25+ Kingdoms and rule the world!