This Military Appreciation Month, we are launching the #CODEMedicalHeroes campaign to address the significant unemployment and underemployment disparity that former medical and hospital corpsmen confront when returning to civilian life. Although military medical training generates qualified, adaptable, well-rounded candidates, fifty percent of veteran medics cannot find jobs in the civilian health care industry. Join the #CODEMedicalHeroes our campaign by participating in the Warzone Revival Challenge and purchasing the Call of Duty Endowment (C.O.D.E.) Battle Doc Pack on the Xbox Store.

For every five revivals, players will unlock a free C.O.D.E. Calling Card. Spread the word, because if one million participants complete the revival challenge during the week, we will host a Double XP event!

Each purchase of the Battle Doc Pack Store Bundle on the Xbox Store for use in Call of Duty: Black Ops Cold War and Warzone directly supports US and UK military veterans. 100% of Activision’s net proceeds for this pack place veterans, like Timothy, into high-quality careers.

The C.O.D.E. Battle Doc Pack is a limited time offer that ends once $2 million USD has been raised for the Endowment. 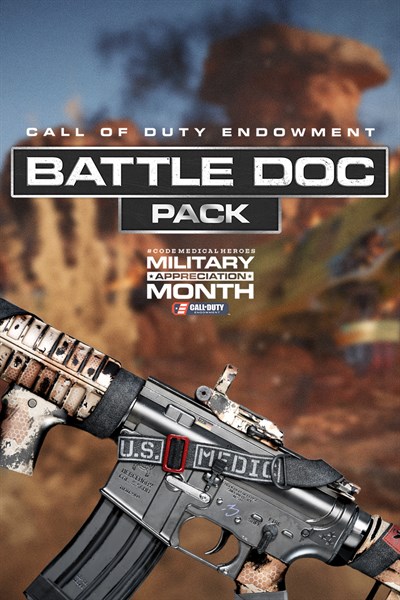