Hello Xbox fans! We’re D’Avekki Studios, a game studio run by myself, Lynda Cowles, and my husband Tim Cowles. We’re huge fans of Full Motion Video (FMV) games and television shows, so we’re delighted to be able to merge them both together in Dark Nights with Poe and Munro, out today for Xbox.

In Poe and Munro you play through an entire six episode season of supernatural scares as you guide radio hosts Poe and Munro past stalkers, ghosts, and talking paintings, all while trying to keep them (and their relationship) alive as best you can. Unlike other games in the genre, which often rely heavily on text, the choices you make appear as hotspots on screen, which allowed us to show eight options at the same time in some cases!

Get six episodes all at once

From the beginning of development, we knew we’d be delivering all six episodes in one go. We didn’t want players to have to pay for each episode, but rather experience the whole thing all at once. Most episodes last around 20 minutes, with a couple that are twice that long, but all of them can be replayed multiple times as the storylines are branching and choices matter.

Yes! It’s hard to explain without spoilers but let’s just say there’s a very simple choice to make at the beginning of episode six when Poe is granted a wish. Depending on the choice you make, you’ll experience an entirely different second half to that episode. In fact, you’ll need to play the game at least four times over to experience all the footage (which is almost five hours long!)

At the end of each episode you’ll see a stats screen that compares your choices with all your Xbox peers, which means you’ll be able to see how many of you chose to save a toy bunny instead of Munro (sorry no more spoilers!)

Whilst it’s not impossible to kill Poe or Munro during the game, there’s no restarting required and everything is tidied up nicely by the end of each episode. And while you need to play the episodes in order at the start, once episodes are played they can be replayed in any order, and when you’ve finished the entire season you’ll unlock a skip function that makes each binge quicker. Yes, binge – because we hope Dark Nights with Poe and Munro becomes just like one of your favorite TV series! 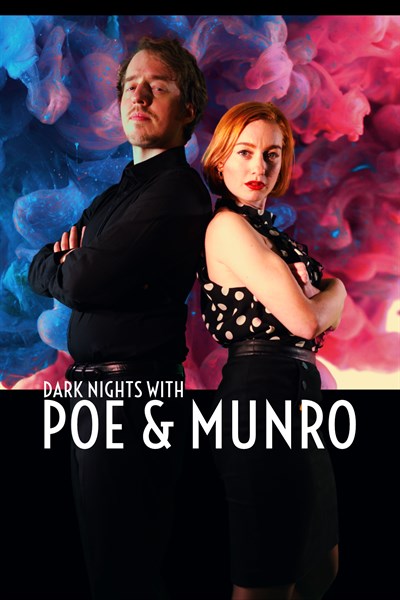 Dark Nights with Poe and Munro

☆☆☆☆☆ 21
★★★★★
$11.99 $5.99
Get it now
Adventure in the strange town of August with local radio hosts and secret lovers Poe and Munro, as they encounter six unique mysteries on and off the air. Direct the banter and the action as they fend off a nightmare stalker who just won’t let go, a vengeful ghost looking for everlasting closure, a demonic painting that grants wishes – and more – but can you keep Poe and Munro together, and alive…? From the developers and creators of the award winning and Guinness World Record breaking “The Infectious Madness of Doctor Dekker” and “The Shapeshifting Detective”, Dark Nights with Poe and Munro is a standalone spin-off set before the events of The Shapeshifting Detective, with different gameplay and all new stories!