The magic of the Annis Hag may have been weakened, but the renewed battle within the Feywild continues with Neverwinter‘s Sharandar Episode 2: The Soul Keeper!

Following the defeat of Granny Necksnapper in Episode 1, the Illiyanbruen elves are focused on reinforcing their position in the Ruins of Malabog and seeking answers to the disturbing accounts coming from the Mended Grove (known previously as the Blighted Grove). In Episode 2, adventurers will once again assist the elves in uncovering information regarding the strange specters seen wandering among the trees of the grove; the bodies of these long departed Eladrin disrupting the rest of visitors and Illiyanbruen alike.

In this new installment of the Sharandar storyline, players are introduced to Mathilda Soulstealer, the Night Hag, when she boldly reveals herself during an attack. Retreating into the ethereal plane, the Night Hag will ultimately face daring adventurers in her own lair. It is within these twisted and dark corridors where players will seek to once again neutralize the darkness gripping the Mended Grove and stop future threats to the rebuilding of Sharandar.

In addition to the adventure rewards, Episode 2 launch day brings with it a colorful swarm of limited time mounts available for purchase. Three new color variants of the Butterfly Swarm Mounts will be available for the first month of the episode release.

Finally, the mid-Episode 1 release of the Vault of Stars dungeon provided adventurers the opportunity to complete the Wish Upon A Star achievement. Continuing the storyline and completing all Episode 2 missions will also allow players to progress through the Defender of the Feywild Xbox achievement, ultimately completing it when Episode 3 releases in the future.

With one Hag purportedly defeated, Adventurers should be well prepared to vanquish a second one. But will this really be the end of the dark presence lurking in the shadows? Neverwinter Sharandar’s Episode 2: The Soul Keeper is now live on Xbox! 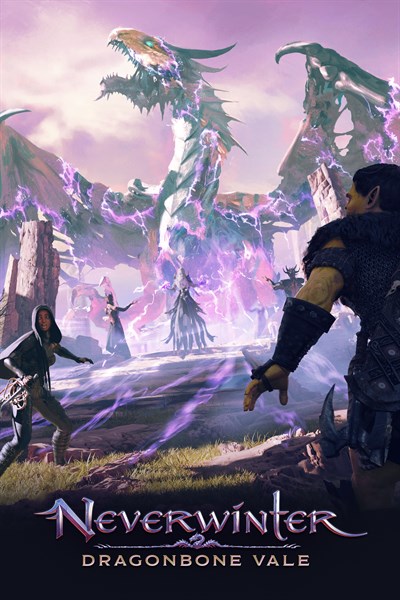 ☆☆☆☆☆ 1062
★★★★★
Get it now
Neverwinter is the premier Dungeons & Dragons MMORPG experience, featuring fast-paced combat and epic dungeons. Explore the vast city of Neverwinter and its surrounding regions, battle its many enemies, and be a part of Forgotten Realms history. Experience Dungeons & Dragons Like Never Before – Neverwinter is an action MMORPG that bridges intense combat with classic D&D gameplay. Journey through the city of Neverwinter and the legendary subcontinent of Faerûn, and face off against the greatest adversaries from D&D legend. Build Your Own Legend – Bring your adventures to life through iconic D&D classes and races, advanced paragon paths, companions, and a remarkable range of customization options. Whether you’re hunting dragons and beholders within crumbling dungeons or battling other players in the icy reaches of Icespire Peak, you’ll discover why Neverwinter is the definitive Dungeons & Dragons experience. Optimized for Xbox One – Neverwinter inspires classic Dungeons & Dragons adventures with a fully optimized player experience for Xbox One. The fast-paced action gameplay of Neverwinter has been mapped to the Xbox One controller, giving adventures the ability to move around the battlefield and cast powerful spells with ease. Xbox One players can also use their Xbox One friends list to find and party up with others as they explore iconic locations of the Dungeons & Dragons universe. This game supports English, French, German, Italian, and Russian. Additional System requirements: Minimum broadband internet connection of 512 Kbps is required to access all features.