Today, I would like to showcase some improvements we’ve made to Outward on Xbox One. Yes, the game was released over two years ago, but even to this day I am ecstatic to say we still have a community of players who delve into the dungeons of Aurai and who are eagerly waiting for The Three Brothers, the second expansion to our open world RPG.

Outward was developed on PC by Nine Dots Studio, however it was Grip who initially took the technical challenge of porting this game to consoles. It was not an easy project. We wanted the players in split-screen to be able to move anywhere, and not tether them to always stay close. That meant loading the entirety of outdoor regions in the console’s memory, rather than loading the assets based on the player’s location, which explains why some of the textures were in lower resolution than what you are used to see in big productions. At release, there were complaints about the quality of graphics on Xbox compared to PC. No matter the context of development, those complaints were valid, and they were heard. There was a lot of effort on Grip’s part in patches to fix what they could in the following months.

After the release of The Soroboreans, our first expansion, we looked at the state of the console ports another time and concluded it could use another pass of improvements. So, we decided to bring a set of fresh eyes to the console ports. This new studio, Blitworks, certainly delivered!

Some loading times were diminished noticeably. For instance, the village of Cierzo on Xbox is about 5 seconds faster now than it was. But more noticeably, a lot of textures were increased in resolution, while still maintaining or in some cases improving the framerate. Outward was made on a very tight budget, so we never could aspire to the same graphical fidelity as AAA productions such as Gears of War or The Medium, however it is so satisfying for creators like us to see our games get a little bit closer with every optimization.

So, while we understand that the The Three Brothers DLC is taking a while to arrive on console, we believe that the overhaul in quality for the whole game is worth the wait. What’s more, this overhaul applies to the base game, so all players will benefit!

This patch is available today along with the The Three Brothers. We hope that this upgrade will bring players, old and new to discover the beauty and danger of Aurai. We are not letting Outward down after this, we even have plans for the new generation of consoles, so stay tuned! 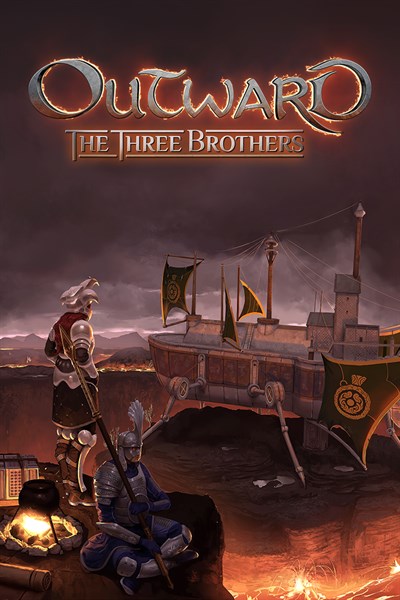 ☆☆☆☆☆ 14
★★★★★
$19.99
Get it now
There is more than destruction on the path of an adventurer, the time for rebuilding has come!  You will play an important role in the timeline of Aurai: Join the rebuilding efforts of old Sirocco refugee camp by providing the pitiable folks there a new place to call home, a new Sirocco. New weapons, skills and numerous other gadgets will help you on your uncertain journey into the unknown. The gates are opening, and the path leads to “Caldera”, a new region in the world of Outward which is waiting for you with new adventures, dangers and secrets to explore! • City Building Mechanic: Rebuilding Sirocco: Create your own landmark in Aurai by helping the population to survive in this ruthless world! With the new City Building mechanic, you are part of rebuilding the Refugee Camp into New Sirocco. • New Area: Caldera: Aurai is expanding and Caldera is more than just a new landscape. New dungeons, quests and locations make it a treasure trove for every adventurer! • Skill Tree: The Primal Ritualist: Prepare the battlefield with your mighty totems and give yourself an advantage before the scrimmage has even started! • Grenade & Elemental Arrows Enhance your combat repertoire with Grenades and Elemental Arrows. There are numerous new possibilities to be creative in your long-range fighting! • Awakened Weapons: These legendary weapons are not easy to get – But the effort will pay off! Their unique attributes will give you the necessary advantage in dangerous situations! Filled with new adventures, skills, weapons, recipes and pets, “The Three Brothers”-DLC offers you an entirely new journey in the unique world of Aurai! 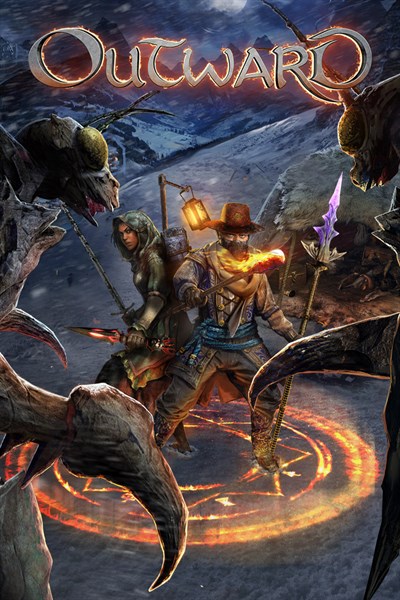 ☆☆☆☆☆ 216
★★★★★
$39.99
Get it now
Xbox One X Enhanced
Outward offers an immersive RPG experience coupled with realistic gameplay, as well as deeply-rewarding challenges for the most avid gamers. As an ordinary adventurer, you’ll not only have to hide or defend yourself against threatening creatures, but also brave the hazardous environmental conditions, protect yourself against infectious diseases, and stay hydrated. Embark on risky expeditions across untamed lands to reach new cities, undertake important missions, and discover hidden dungeons crawling with formidable enemies. In order to survive in the dazzling yet deadly world of Aurai, you’ll have to be clever… and prepared. Sharing your journey with a friend, locally or online, is also greatly encouraged! – Survive in the wilds as you explore the lands – Play solo or cooperatively, split screen locally or online – Dynamic defeat scenarios that react to your context – Ritualistic, step-by-step approach to spellcasting – A unique experience at every playthrough