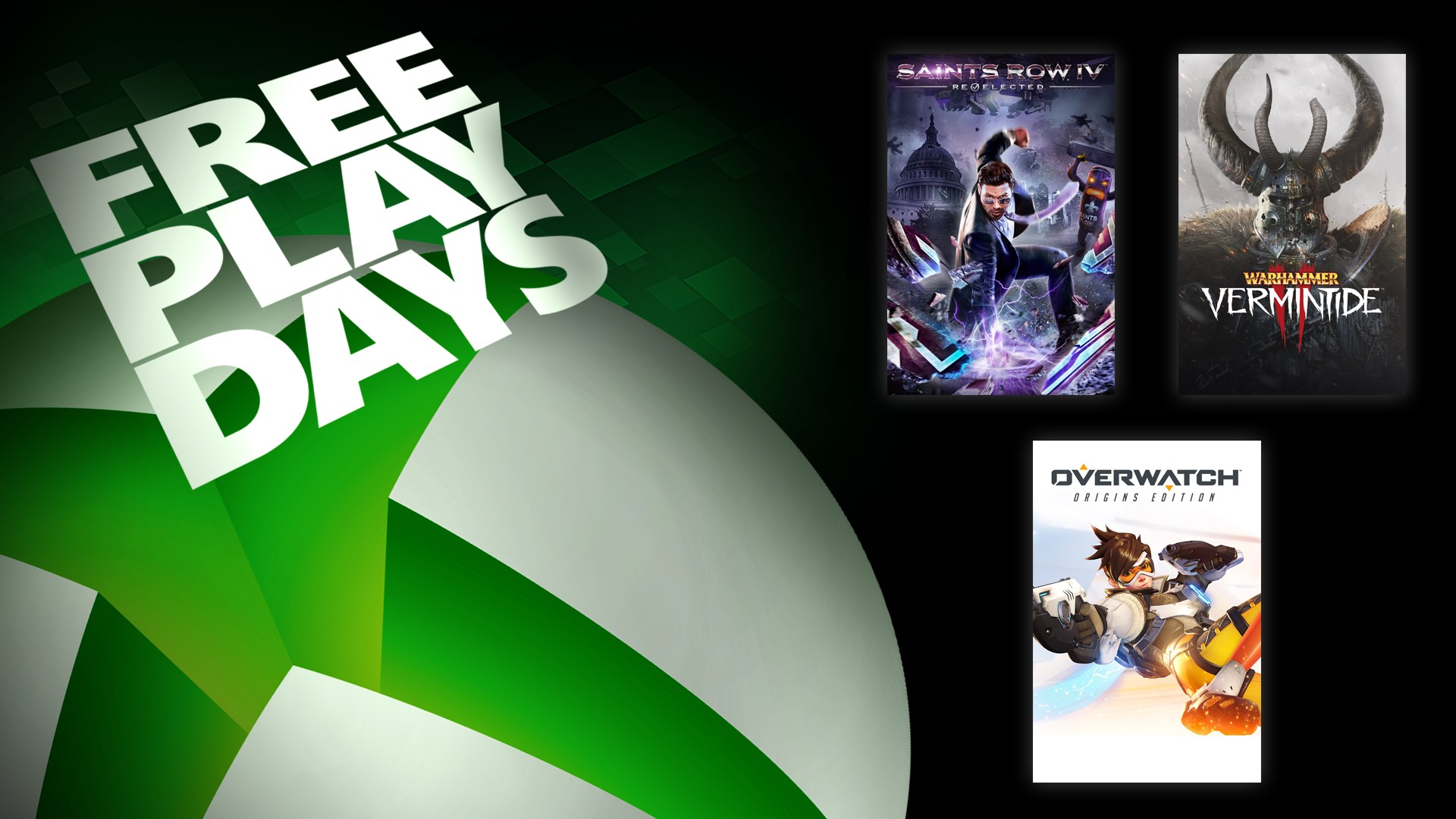 Play like a Boss, as extraordinary heroes, or as fellow rat-smashers. Saints Row IV: Re-Elected, Overwatch Origins Edition and Warhammer: Vermintide 2 are all available for Xbox Live Gold and Xbox Game Pass Ultimate members to play from Thursday, June 24 at 12:01 a.m. PDT until Sunday, June 27 at 11:59 p.m. PDT.

Overwatch Origins Edition
Challenge your enemies in the ultimate team-based shooter game and take your place in the world of Overwatch for free now through June 27. Choose your hero from a diverse cast of soldiers, scientists, adventurers, and oddities. Play with friends across Xbox and other platforms with the launch of Cross-Play. Group up now for free and join the limited time in-game event, Ashe’s Deadlock Challenge, to unlock explosive rewards. Keep pushing the payload and purchase Overwatch Legendary Edition for 67% off now through June 28.

Warhammer: Vermintide 2
Warhammer: Vermintide 2 is an epic 4-player co-op game set in the Warhammer Fantasy Battle world. Fight together with your friends through waves of hordes and progress through the game to unlock new careers, missions, and weapons. This entry in the series expands the first-person combat with 15 unique careers, intense challenges in the all-new Heroic Deeds System, and breathtaking new levels set around Helmgart.