Welcome to Taego, an Eastern-themed 8×8 map with all the thrilling PUBG: Battlegrounds moments you’ve come to expect alongside a few twists of its own.

Taego has diverse terrain and environments, with numerous towns, compounds, and unique points of interest across the battleground. Be on the lookout for wildlife, with flocks of birds reacting to player movement and gunfire, giving you a potential early sign of danger ahead.

Comeback BR is a Taego exclusive second-chance mechanic. This system allows players who have died during the first phase to fight to survive and earn the chance to mount a comeback. When the second phase begins, players who died in the first phase will be taken to a separate area to fight amongst the other would-be survivors. If you survive, you’ll be awarded chopper transport back to the main fight for a second chance at that chicken dinner.

Taego’s second unique feature is the new Self AED. This new utility item gives a player the opportunity to pick themselves back up once knocked. In solo games, solo players with a Self AED will become knocked instead of instantly killed. In squad games, if one member of the squad has a Self AED, the squad will remain knocked until all allies with Self AED are dead.

The K2 is a 5.56 assault rifle that can utilize all magazine and muzzle attachments and up to a 6x scope. With the ability to switch between single fire, burst, and full-auto, the weapon is as versatile as it is deadly. You can find the K2 among normal loot across Taego. The MK12 is a new 5.56 DMR. This powerful rifle can hold all AR and SR attachments, other than a stock, and up to a 15x scope. You can pick up the MK12 across Taego among normal loot as well.

Vehicles can be crucial on 8×8 maps to survival and Taego is no exception. Taego also features an exclusive new vehicle with a rich, real world history of its own. The Pony Coupe, originally a Hyundai concept car back in 1974, is now a reality on the battlegrounds. Features an all-wheel drive system for better control on terrain and an impressive 150km/h max speed, this small but zippy coupe is the perfect vehicle to get you across the large expanses of Taego. While the Pony Coupe is a 4-seater, it isn’t built to fit 4 comfortably, so unfortunately your backseat squadmates won’t be doing any shooting in this car.

A new Survivor Pass jam packed with great rewards is also waiting for you. Survivor Pass: Taego features new unlockable rewards throughout its 50 levels, with some new bonus rewards including G-Coin and other goodies for Premium pass holders who take their progress beyond 50. Like before, you can purchase levels (up to level 50) or earn them by completing missions.

Taego is finally here, so pack plenty of 5.56, call shotgun so you don’t get stuck in the back of the Pony Coupe and return to the 8×8 battleground. 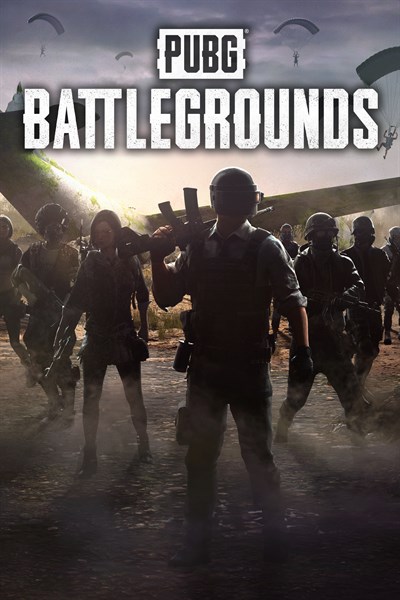 ☆☆☆☆☆ 1998
★★★★★
Get it now
Xbox One X Enhanced
LAND, LOOT, SURVIVE! Play PUBG: BATTLEGROUNDS for free. Land on strategic locations, loot weapons and supplies, and survive to become the last team standing across various, diverse Battlegrounds. Squad up and join the Battlegrounds for the original Battle Royale experience that only PUBG: BATTLEGROUNDS can offer. PUBG: BATTLEGROUNDS is a free-to-play game, supporting limited cross-platform play on featured platforms. This content download will also provide access to the BATTLEGROUNDS Test Server, which requires a separate download to play.  Optional in-game purchases available. Please visit battlegrounds.pubg.com/ for more information.