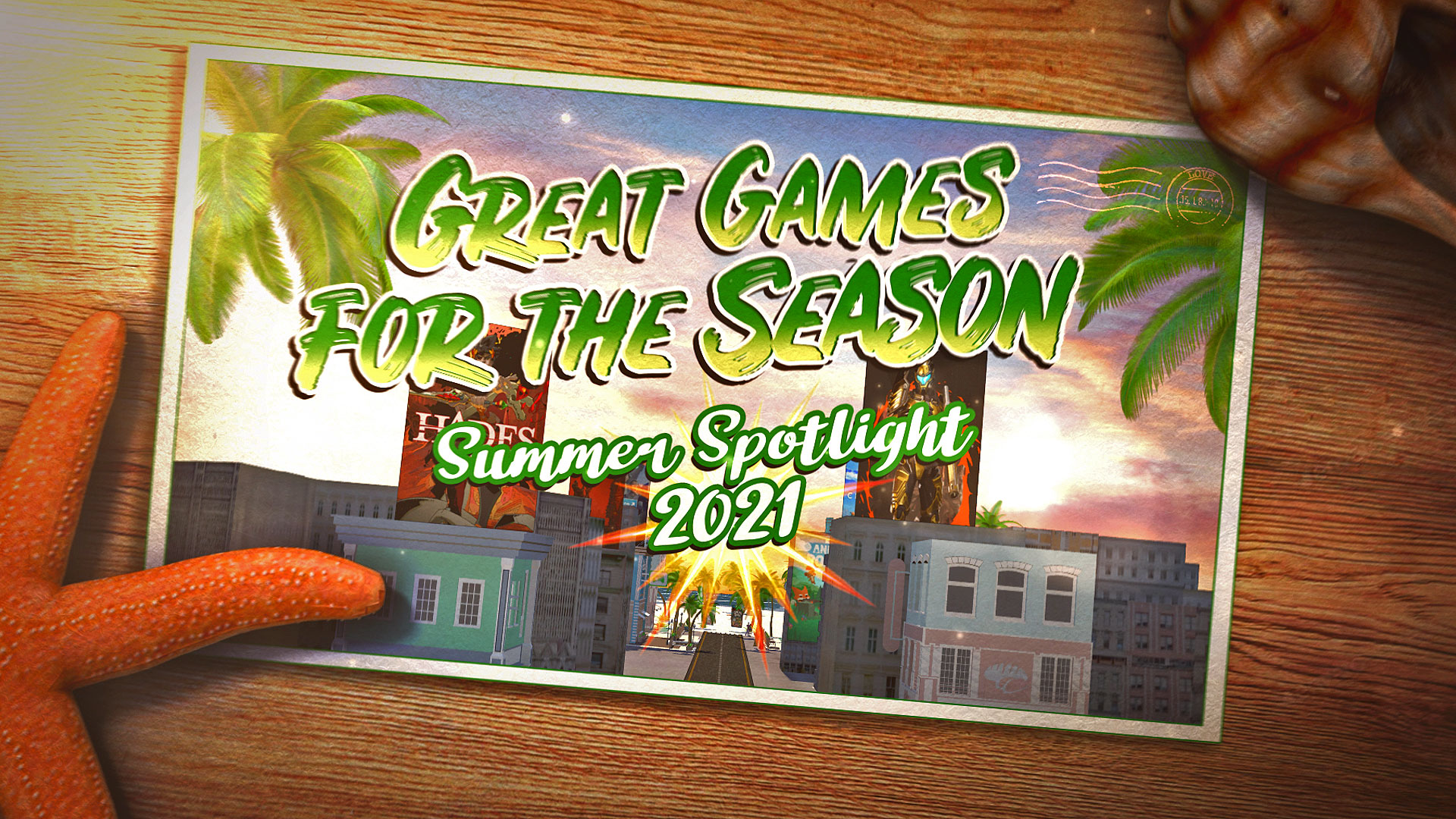 Summer Spotlight is back for its seventh year and we are excited to bring you a ton of new digital games every week for six weeks. Every year since its inception, we have brought dozens of new Xbox games to fans over the summer. In 2015, we were proud to announce that we would be bringing over 25 new games and this year we are releasing a whopping 75+ titles between July 27 and September 6. What’s more, the Microsoft Rewards and Gift Card combo was so popular last year that we decided to bring the offer back for buying Summer Spotlight titles, which will also include some popular selections from Microsoft Movies & TV.

As an added bonus, spend $50 on eligible titles and you will receive 5,000 Microsoft Rewards points and a $5 gift card. The deal gets even better for Xbox Game Pass Ultimate members who will receive a $10 gift card. Here are a couple of Summer Spotlight titles that are either currently available or coming soon to get you pumped for a fantastic season of gaming

Death’s Door – This console launch exclusive has released to a ton of critical success with IGN rating the game 9/10 and GameSpot claiming the game is a “delight every step of the way”. Reaping souls of the dead and punching a clock might get monotonous, but it’s honest work for a Crow. The job gets lively when your assigned soul is stolen and you must track down a desperate thief to a realm untouched by death – where creatures grow far past their expiry and overflow with greed and power. Explore the world of Death’s Door, optimized for Series XIS, and unlock all its secrets.

The Ascent – The Ascent is another highly anticipated Xbox console launch exclusive optimized for Series XIS and launching into Xbox Game Pass on Day 1. The Ascent is a solo or co-op Action-shooter RPG, set on Veles, a packed cyberpunk world. The Ascent Group arcology is a corporate-run metropolis stretching high into the sky and filled with creatures from all over the galaxy. You play as a worker, enslaved by the company that owns you and everyone else in your district. One day, you are suddenly caught in a vortex of catastrophic events: The Ascent Group shuts down for unknown reasons and the survival of your district is threatened. You must take up arms and embark on a new mission to find out what started it all.

Hades – Another critically acclaimed title, that recently won Game of the Year honors at the Game Developers Choice Awards, makes its way onto Xbox and Day 1 into the Xbox Game Pass catalogue this summer. Defy the god of the dead as you hack and slash out of the Underworld in this rogue-like dungeon crawler from the creators of Bastion.

Twelve Minutes – Featuring the voice talents of Daisy Ridley, James McAvoy and (the quintessential villain) Willem Dafoe. Twelve Minutes is an interactive thriller about a man trapped in a time loop. What should be a romantic evening with your wife turns into a nightmare when a police detective breaks into your home, accuses your wife of murder and beats you to death… only for you to find yourself immediately returned to the exact moment you opened the front door, stuck in a Twelve Minute time loop, doomed to relive the same terror again and again, unless you can find a way to use the knowledge of what’s coming to change the outcome and break the loop. Twelve Minutes blends the dream-like tension of “The Shining” with the claustrophobia of “Rear Window” and the fragmented structure of “Memento” and has been on many waitlists since its debut at the Xbox E3 briefing in 2019.

The Forgotten City – The Forgotten City is a mystery adventure game of exploration and deduction, and a re-imagining of the critically acclaimed mod that won a national Writers’ Guild award and racked up over 3 million downloads. Travel 2,000 years into the past and relive the final days of a cursed Roman city, where if one person sins, everyone dies. Unravel the mystery at the city’s heart by exploiting its deadly time loop, questioning locals, exploring, and solving puzzles.

This is just a small taste of all the great games releasing this summer. There will be new games every week so be sure to check the Microsoft Store every Tuesday to discover all the new games to play.

We will be streaming the latest Summer Spotlight titles on our Xbox Twitch Channel every Wednesday from 11am – 12:30pm PST. Tune in for a chance to win a code of whatever game we are playing that week. And be sure to follow Major Nelson on Twitter to get weekly updates and find out about special giveaways including a chance to win a token for every single Summer Spotlight game! See the full list of games at Xbox.com.