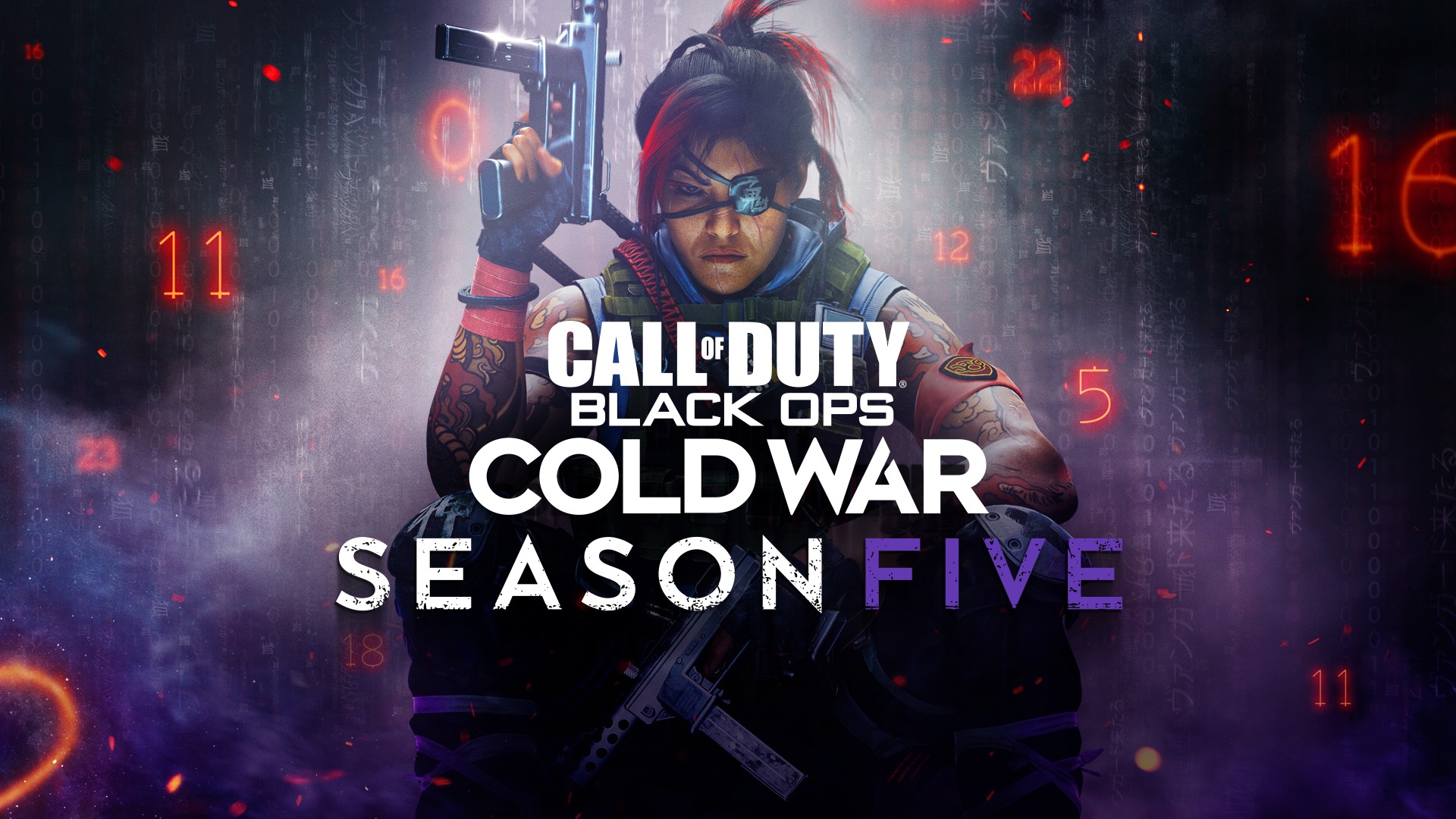 With the Jumpseat satellites successfully taken out of commission, the Warsaw Pact is free to enact their plan – a broadcast of the mind-altering Numbers Program. Chaos descends as formerly friendly operators begin to turn on each other. To make matters worse, there’s a spy in our midst.

Let’s hope you’re prepared. Season Five of Call of Duty: Black Ops Cold War and Warzone is available now for Xbox One and Xbox Series X|S. Read on for the full briefing.

Season Five introduces Double Agent, a brand-new investigative Multiplayer experience. In match, multiple players are assigned as Double Agents who must sabotage the mission. Expose the traitors before they wipe out the investigating team.

It starts with up to 10 Operators who are assigned one of three roles:

Operators will receive their roles and may choose to employ a variety of weapons and skills to carry out their orders, including powerful items like Gas Mines, Counter Spy Planes and the Combat Bow.

Launching later in Season Five, the fan-favorite Demolition Multiplayer mode makes its Black Ops Cold War debut. The attacking team must detonate a pair of bombsites while the defending team must do all they can to run out the timer before that happens. In Demolition, respawns are active. Prepare for chaos.

Unlock two more weapons — the Cane melee weapon and Marshal pistol — by completing in-game challenges or by purchasing their corresponding bundles in the Store when they arrive later in the Season.

Torch the opposition with the Flamethrower, a new low-cost Scorestreak that shoots a steady gout of flame, immolating enemies in range. Use it to boost your score toward higher-cost Scorestreaks, so long as you control its deadly blaze.

Chug the new Death Perception Perk-a-Cola to see obscured enemies more clearly by giving them a bright outline. Spend Aetherium Crystals to bolster its abilities even further, all the way up to Skill Tier V.

Equip the new Tesla Storm Field Upgrade to summon lightning bolts between you and your allies, stunning and damaging enemies caught in its path. Upgrade the ability to stun more powerful enemies and to boost your squad’s movement speed.

Wield the new Flamethrower against the undead as an additional Support Weapon to help your squad in a sticky situation or whenever a bit of extra firepower is needed most when attempting an Exfil.

The Dark Aether continues to spread, with a new Outbreak Zone appearing in the Algerian Desert. Fight the undead around the region’s natural rock structures, a de-orbited satellite, and oil drills in this massive new area.

Season Five features a new Outbreak objective called Transport. In this vehicle-focused task, players must keep a drivable Requiem machine in one piece while under constant attack.

Spotted an Orda on the horizon? Jump into the new Tank vehicle, featuring a powerful cannon and mounted turret for taking on even the toughest zombies.

Craft the new Grapple Gun for faster movement throughout the Outbreak Zone, and expect even more Zombies content in Season Five, including the new “Ikari EggXit” bonus map in Dead Ops Arcade 3 and additional Dark Aether story Intel across Outbreak.

For the first time ever, Warzone receives two exclusive Perks, each with their own benefits that can drastically change how you choose your Loadouts.

With Combat Scout, Operators receive a burst of in-field intel, as damaging an enemy briefly highlights them in bright orange and automatically pings them. Strengthen your armor using Tempered, improving its damage resistance at the cost of two armor plate carrying slots.

Perseus allies have rolled out a network of Mobile Broadcast Stations all over Verdansk. These locations change from match to match, so keep your eyes open and head over when you see one for the chance to get more intel and earn new rewards.

Comprised of the main paintball arena, the Rush Gulag should feel right at home for players who have been diving into this Black Ops Cod War Multiplayer map introduced in Season Four Reloaded. Get your practice in now before Rush arrives in the Gulag.

Prepare for 50v50 combat as Clash comes to Warzone. A spiritual successor to Warzone Rumble, Clash provides teams with unlimited respawns in a deathmatch to 200 points. Watch out for Contracts and public events that can turn the tide of battle.

Later in Season Five, expect the next step in the evolution of the mysterious Red Doors. Beware, as their increased volatility has resulted in sending Operators to new locations.

Season Five brings all this and more with a new Battle Pass, three new playable operators — Kitsune, Stryker, and Hudson — new Prestige levels, new Season challenges in Multiplayer and Zombies, and more. And new to Season Five, players can unlock an additional exclusive Kitsune Operator Skin with the purchase of the Battle Pass Bundle at the start of the season.

Haven’t yet joined the fight? Get Black Ops Cold War on the Xbox Store today, and play Season Five today!