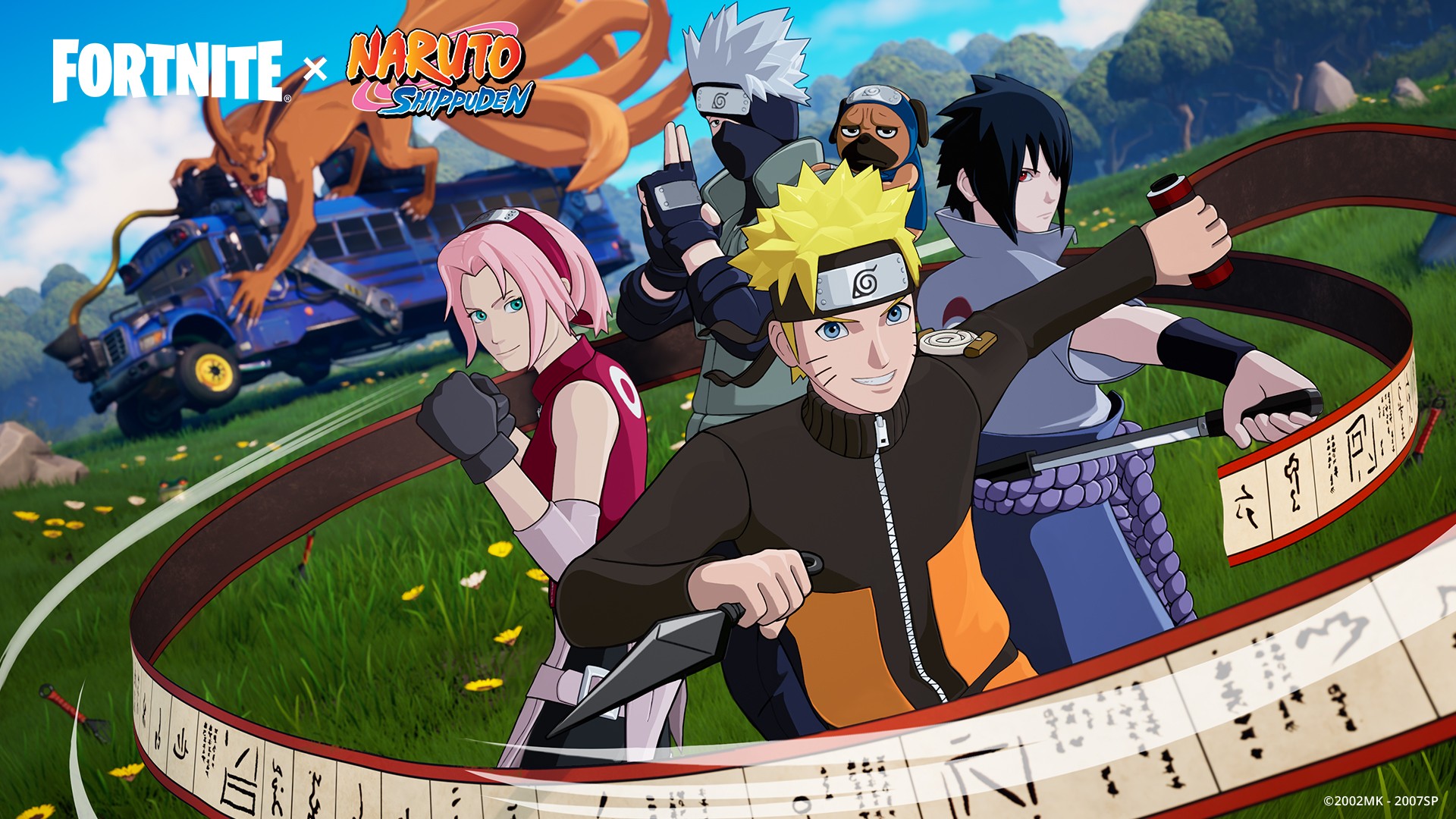 After much anticipation, Masashi Kishimoto’s Naruto and Team 7 from “Naruto Shippuden” have arrived on the Island in Fortnite!

The Arrival of Team 7

Naruto Uzumaki, The Hero of Konoha – the Hidden Leaf Village and Jinchuriki host of the all-powerful nine-tailed beast Kurama has arrived — along with the rest of Team 7 — to take you through to a Victory Royale!

Accompanying Naruto, the other members of Team 7:

Now is your chance to channel your inner Ninja and play as one of the members of Team 7!

When entering the Creative Hub you will immediately find yourself in the Naruto world! When you are ready to see more, talk to Naruto in front of the Hokage residence to be transported to the Hidden Leaf Village Adventure Map!

The Hidden Leaf Adventure Map will immerse you in the Naruto world, giving you the chance to visit locations such as the Hospital, the Hokage residence and Ichiraku!

Set out and explore to see how many secrets you can find. Complete quests from Naruto, Sasuke, Sakura and Kakashi, located around the village, to unlock even more breathtaking & iconic locations such as the Final Valley and the Chunin Exam arena.

You can enter the Naruto-themed Creative Hub or the Hidden Leaf Village Adventure Map directly by selecting the “Creative” tile in the Discovery tab.

Find Kakashi on the Island and Complete His Missions

The Copy Ninja himself Kakashi Hatake ison the Island ready to set you up with ninja-themed Quests. Don’t worry if you’re unable to approach him right away. He’ll be around for the rest of the Season!

☆☆☆☆☆ 1936
★★★★★
Get it now
Xbox One X Enhanced
Join the Resistance in the final battle to free the Zero Point! The IO has lined up guards and sky stations, but the Resistance is equipped with new tactics like sprinting, mantling, and more. Board an Armored Battle Bus to be a powerful force or attach a Cow Catcher to your truck for extra ramming power. Take on your opponents in the ultimate battle for the Zero Point in Chapter 3 Season 2: Resistance! Fortnite is the always evolving, multiplayer game where you and your friends battle to be the last one standing or collaborate to create your dream Fortnite world. Play both Battle Royale and Fortnite Creative for free or purchase Fortnite’s PvE Campaign mode, Save the World. Download now and jump into the action. This download also gives you a path to purchase access to the Save the World co-op PvE campaign!