Ready for a sweet treat? Power Rangers: Battle for the Grid brings its latest character release with Dino Charge villain and candy queen, Poisandra – an ancient bounty hunter who has crossed paths with the Rangers numerous times in the pursuit of her bounties – this week. A deadly mix of power and grace, Poisandra punishes opponents with her heart-shaped lance and cake mines, with her husband Sledge offering several assist moves.

Poisandra turns out to be no puff pastry when it comes to a street fight. The sizzling fuses of Poisandra’s proximity-detonated cakes are a noisy warning that she’s laid temporary claim to part of the battlezone. Poisandra’s assist attack lets other fighters serve up cakes too. And speaking of assists, Poisandra’s husband, Sledge, can lay down cover fire for his beloved, or charge across the battlefield before her like an offensive tackle.

Poisandra’s appearance showcases her unpredictable personality and style – she wears bright pink and covers herself in hearts, and carries an oversized heart shaped lance and booby-trapped sweets to devastate her opponents. When battling opponents, she carries her own cheerful villain style – skipping to run, waving her hands with zeal, and spinning all across the stage with devilicious attacks.

Also being added in this release is the legendary Gravezord. First appearing in Saban’s Go Go Power Rangers #9 comic, this mighty Zord was cobbled together from the pieces of damaged and destroyed Zords from the World of the Coinless. When unleashed, Gravezord fills the screen with devastation from its blade thrusts and energy blasts.

See you on the Grid! 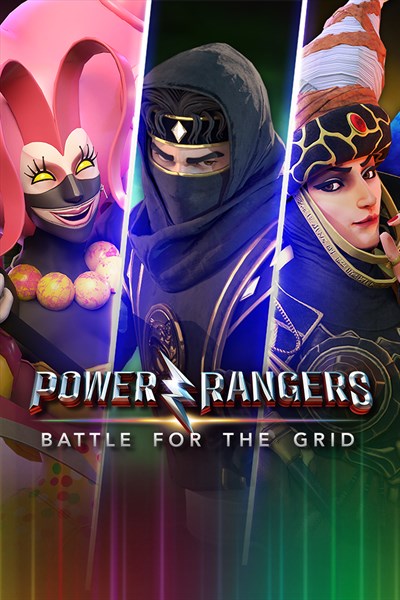