What do you like about role-playing games? One of the charming points about RPGs is the ability to raise your own character and become a part of the world your character is breathing in. How about action games? As far as combat is concerned, there is no doubt that cornering your opponents and exploiting their weaknesses while showing off fancy moves all from the tip of your fingers can be very, very satisfying. Today we present you Unsouled, an action RPG that daintily mixes the elements of both genres.

Unsouled tells the story of Maras, a prince whose kingdom had fallen under a sudden raid of undead creatures. As Prince Maras, you must defeat countless enemies and bosses in order to discover the truth behind the kingdom’s collapse. Throughout the journey you will also help Prince Maras grow in strength by absorbing the “souls” the enemies drop. Souls in this game are symbolic and take up a large part of the game’s battle system as well.

When playing Unsouled, combat is your only concern. No puzzles or winding and twisting maps to weave through; you’ll need that energy to brush up on your combination skills. Battles are fast-paced and require you to skillfully balance offense and defense, which is where souls and timed attacks come in.

Souls are consumed to replenish your stamina, level up your skills, and even break large objects in the map to create pathways. In addition, you can time your attacks just right to perform counterattacks and a number of follow-up moves. It might take some time getting used to, but once you get the hang of utilizing all the techniques at your disposal, slashing through monsters will give you that incredible gratification only action RPGs will provide.

Although our focus so far was on game experience, we must say the game’s brilliant pixel art is also worth mentioning. Everything you see in this post is drawn by Jinsub Jung, the sole creator and developer of Unsouled. Jinsub has put much of his outlook on the action game genre and inspiration drawn from the myth of Oedipus into Unsouled, which will be quite evident as you play the game.

Albeit still in development, Unsouled is now available as part of the Xbox Game Preview program. Get your copy today and see where the action will take you. 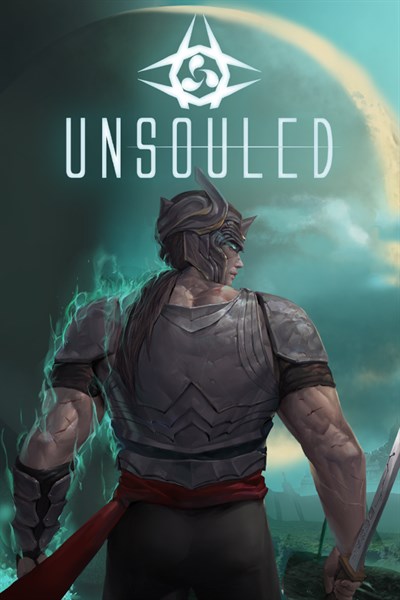 ☆☆☆☆☆ 103
★★★★★
$19.99
Get it now
PC Game Pass
Xbox Game Pass
Free Trial
Take on the role of the Fallen Prince in Unsouled – a stylish, fast-paced 2D action-RPG. Fight your way through interactive environments and adrenaline-pumping encounters as you unravel the mysteries behind this world filled with the undead. – Fast-paced, stylish combat Enemies in Unsouled react to every move you make. Keep your guard up at all times as the slightest mistake will be met with relentless enemy attacks. – Expert controls and timing Execute various skill combos and counterattacks for maximum damage. Use the “Abyss” system to get a closer look at the game’s unique mechanics. Players may be tempted to turn down the difficulty settings, but mastering true combat requires practice. – Chained attacks Each skill combo in Unsouled have their own unique triggers. Whenever using a skill, your character flashes for a brief second. Use this opportunity to turn your initial strike into a deadly series of blows by performing one skill after another. Learning each skill’s wind-down pattern is crucial to mastering chain attacks. – Counterattacks Combos aren’t the only tool under your belt. The counterattack mechanics stay true to the high-risk, high-reward principle, allowing you to decimate multiple targets in one seamless attack when done correctly. Mastering the chain-counterattacks is key to turning the tide on your assailants. – Interactive objects Slamming an enemy against a wall, pushing them off the ledge, cutting a tree down to crush them, or even bringing down a large object to create a makeshift bridge are but a few of many ways to overcome various obstacles and threats in the game. – Passive and Active Souls You may come across special Souls as you fight and explore. Passive Souls take effect immediately after being obtained, enhancing abilities, unlocking new skills, or upgrading existing ones. Active Souls are manually activated through button interaction which can unlock skills normally reserved for bosses, and are used for combos as well as escaping from enemies. – Beautiful pixel art "Travel across five distinct locations each filled with unique retro style visuals with enemies that are spooky and fun. Each individual pixel is affected by real-time lighting, meaning, you can enjoy the rich, vibrant pixel graphics in all its glory!" Full details on the latest status of the game, how you can give feedback and report issues can be found at https://playneowiz.com/unsouled.