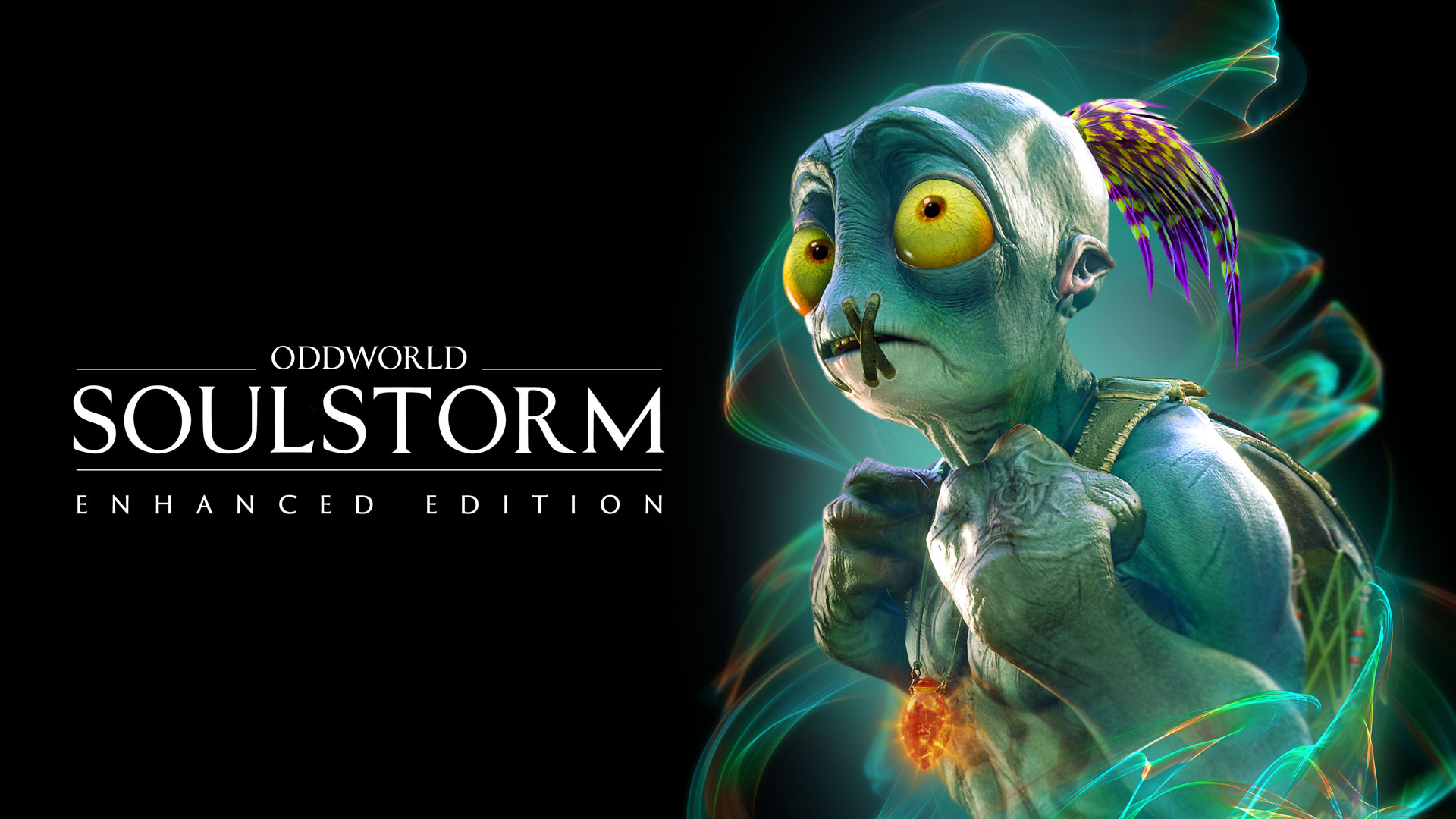 We are thrilled to finally bring the second game in the odyssey of Abe to Xbox consoles. Oddworld: Soulstorm Enhanced Edition improves upon the award-winning action-adventure platformer Oddworld: Soulstorm. We spent the last seven months fine tuning, tweaking, and just making the game better.

We also created exclusive content just for Xbox. More on that a bit later. For now, let’s dive into what you need to know about the game before you play.

The first thing you should know is that an Oddworld game is a challenging game. We don’t make easy games. Our games require skill, concentration, and patience.

This isn’t a traditional 2D side scrolling platformer. Soulstorm is a 2.9D action-adventure platformer with 15 hours of gameplay, and dozens of hours more for achievement hunters trying to earn over 30  badges of varying levels of difficulty or leaderboard chasers trying to get that top spot.

The epic scale of the adventure comes through in every level. When you emerge from Sorrow Valley and get your first look at Phat Station, and you realize what lies ahead, well, it should feel both exciting and a bit daunting.

Side scrolling platformers do not generally offer massive scale but with 2.9D, Soulstorm gives players the ability to go into the game. What you see behind you in Soulstorm, you will have to get through in order to complete the game. Every time you see something off in the distance, just know that is our way of informing you that your journey will take you in that direction.

Evolving the platforming genre by adding RPG-lite elements with player agency to play as you like, whether aggressively or passively.

You will have to pickpocket your enemies, loot lockers, sift through trash cans, and find hidden areas to acquire resources. Exchange resources at vending machines to get products that give you more agency in how you chose to conquer the game’s challenges. Acquire recipes to craft tools and weapons to use against opposing forces or solve problems.

Recipes allow you to craft an arsenal which you can deploy as you like. Use possession to take over Slips and use their weapons against them. Knock them out and hogtie them with Bouncy Binding Candy. Burn them to a smoke crisp with your Flamethrower. Throw Sticky Fizzy Pow to break unstable platforms and kill Sligs.

In Hijack, which is level 7, you will come face-to-face with Slig Momma and trust me, you need to proceed with caution because a) she fires rockets and is almost impossible to get close too and b) you are on a high-speed moving train.

One of my favorites is level 16, the Brewery. First, you must get to level 16 which is a challenge to begin with (see Multiple Endings). But once you get there, you finally are able to use all of the skill, knowhow, and recipes you gathered during your epic journey. And those recipes will amount to gloriously explosive action. And don’t forget the small army of followers you have with you. Set them to aggressive mode and they will assist you.

Soulstorm is a dark storyline with a twisted sense of humor that shines a light on the ironies that exist in the human condition. Abe began as a slave to big business in Oddworld: New ‘n’ Tasty. He was a cog in the corporate machine and was both figuratively and literally being ground to death.

In Soulstorm, the story continues. Revolutions start as a small fire, but if that fire burns long enough, and bright enough others may see it and may join the cause. And in Soulstorm, you will need an army to defeat the evil forces.

Can you save every single Mudokon in the game? There are more than 1,300. Can you achieve the best endings in each level and unlock the final two playable levels? Can you scavenge every trash can and locker, kill or safely apprehend every antagonist, find every hidden area, collect every jelly? Over three million players have already had the opportunity to do it.

Multiple Endings: Soulstorm has 15 levels, with two additional unlockable levels at the end of the game (making for 17 levels in all). There are four endings in the game.

At the end of each individual level, you receive a Quarma score, which is based on the number of Mudokons you  saved during the level. You must save at least 80% of the Mudokons in a level to achieve a good score, but to make it clear, you don’t have to save any to progress through the game’s first 15 levels.

·         If you achieve that score in at least 7 and not higher than 11 levels, you unlock the bad ending which has an explosive ending cinematic.

Vykkers Labs a throwback to classic Oddworld 2.5D gameplay featuring short puzzle-filled levels. Earn leaderboard prestige for speed runs or zero-death performances. For those who don’t recall, Vykkers Labs is a large airborne lab used for pharmaceutical testing on animals and run by the sadistic Vykkers.

We hope you enjoy Oddworld; Soulstorm Enhanced Edition. More information at  @OddworldInc, @OfficialOddworld, TikTok, @oddworldinc, YouTube or sign up for our newsletter at http://www.oddworld.com/. 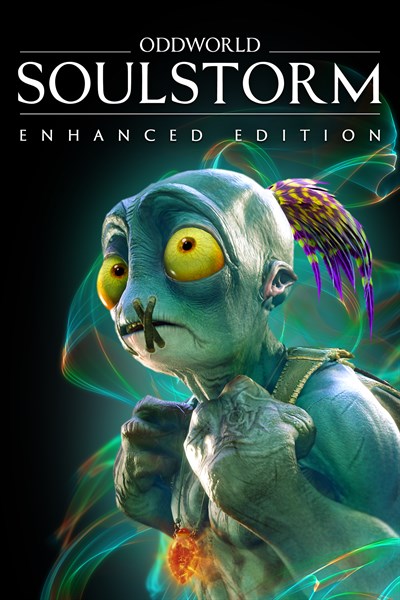 ☆☆☆☆☆ 74
★★★★★
$39.99
Get it now
As 300 freshly liberated slaves celebrate their escape from the industrial megacomplex of RuptureFarms, a new menace rises. They will soon discover that, although their physical bonds were broken, they are far from free. Join the revolution as you guide their savior, Abe, on an almost impossible journey to uncover the truth behind the generations of disinformation and misleading news that have brainwashed his people. Scavenge for items and craft powerful tools, arm your followers and choose to attack the enemy head on or to take a stealthier approach to unlocking each of the four possible endings to this epic tale.