Get ready to face Lex Luthor and his infamous group of Super-Villains in DC Universe Online’s new free episode, Legion of Doom. Even more concerning, the Legion of Doom is aiding Perpetua in her masterful plan to erase or enslave worlds across the DC Multiverse. Heroes and villains alike need to band together, put their allegiances aside, and confront one of DC’s greatest threats.

Travel to our first “real world” open world location: Washington D.C.! Here you can gaze at the Washington Monument, pay respects at the Lincoln Memorial, and other noteworthy landmarks like the Hall of Justice!

Unfortunately, your site-seeing adventures will need to be cut short. Lex Luthor and Perpetua are spreading faith in Doom, luring citizens to their cause. Confront Legion of Doom members like Grodd, the Cheetah, and Black Manta to halt the infestation. Then head into the Hall of Justice itself, with the help of the Martian Manhunter and Miss Martian, to form alliances and plans to battle Perpetua.

Legion of Doom features two new gear styles to earn inspired by the Martian Manhunter and Sixth Dimension Lois Lane. In addition to these new episode rewards, make sure to collect your free December daily rewards from Doctor Fate in the House of Legends!

This week marks the return of DCUO’s Winter Seasonal event, Season’s Greedings, with all new festive rewards. Earn Holly Leaves to redeem your very own Harley Quinn and Batman-inspired Santa Hats and much more!

Then in January 2022, DCUO will be celebrating its anniversary with one of the largest player gifts of the year! Make sure to come back on January 11 (our actual anniversary) to see what you can claim. We don’t want to spoil the surprise too early!

DC Universe Online is truly free to play for all Xbox One players. All Episodes are free to access for everyone, so you can play alongside your friends no matter the content. New or returning? Download DCUO for free from the Microsoft Store on Xbox One.

Once you start the game, choose your morality, mentor, and powers to use in battle. Then create and customize your unique character to begin your adventures in the iconic DC universe!

For additional content details and guides to get started in DCUO, please visit us at DCUniverseOnline.com. Happy Holidays, Happy New Year, and see you all in 2022! 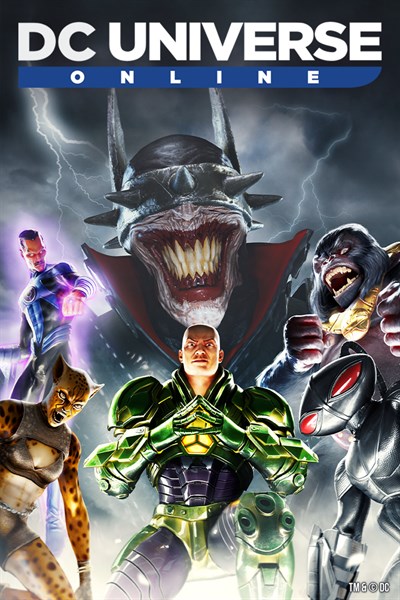 ☆☆☆☆☆ 760
★★★★★
Get it now
DC Universe™ Online is now on Xbox One! Join thousands of other players in this Free-to-Play, massive online action game set in the popular DC Comics universe. Choose your side – Hero or Villain – and create your character to experience true action combat, as you fight alongside and against legendary characters such as Batman, Wonder Woman, Superman, Lex Luthor, and Circe. Jump in and explore the DC Universe; walk the darkened streets of Gotham City, investigate the mysteries of the futuristic cityscape of Metropolis, and travel to legendary locations such as Arkham Asylum and the Watchtower. The Xbox One version of DC Universe Online includes the following: – Xbox One Exclusive items: Powered-Up Character Emblem + Powered-Up Cape + Vapor Aura! Become a part of our thriving community at DCUniverseOnline.com! Please note the download is around 35GB and could take several hours, but it’s worth the wait! Bandwidth requirements may exceed 192 Kb.