Assassin’s Creed Valhalla’s next major expansion, Dawn of Ragnarok, releases on March 10. Dawn of Ragnarok sees Eivor step into the role of Odin once again and travel to the dwarven realm of Svartalfheim, where the immortal fire giant, Surtr, has kidnapped Odin’s son Baldr. Fantastical mythic realms are not the only new features players can expect: in Dawn of Ragnarok, Odin will have access to new divine powers that allow players to absorb enemy powers and use them to their advantage.

Available as a separate purchase for owners of the main game, Dawn of Ragnarok is accessible after players reach settlement level 4 and unlock Valka’s hut. While there is no required power level, it’s recommended that players be around level 340 to avoid having too tough of a time in Svartalfheim. All Xbox players that purchase the expansion between December 13, 2021, and April 9, 2022, will immediately receive the in-game Twilight Pack. The pack includes the Dellingr’s Envoy Raven Skin, the Havardr Lynx Mount, the Twilight Gear Set, and the Algurnir Dane Axe Weapon. 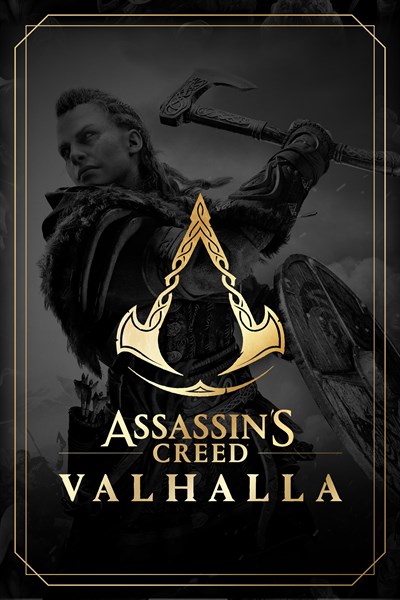 ☆☆☆☆☆ 628
★★★★★
$59.99
Get it now
Build your own Viking legend at 60 FPS and in 4K resolution. (Xbox Series X only.) Become Eivor, a legendary Viking raider on a quest for glory. Explore England's Dark Ages as you raid your enemies, grow your settlement, and build your political power. – Lead epic Viking raids against Saxon troops and fortresses. – Relive the visceral fighting style of the Vikings as you dual-wield powerful weapons. – Challenge yourself with the most varied collection of enemies ever in Assassin's Creed. – Shape the growth of your character and your clan's settlement with every choice you make. – Explore a Dark Age open world, from the harsh shores of Norway to the beautiful kingdoms of England. Includes the Forgotten Saga, a FREE new rogue-lite game mode for all Assassin's Creed® Valhalla players. This game leverages Smart Delivery allowing access to both the Xbox One title and the Xbox Series X|S title.

☆☆☆☆☆ 666
★★★★★
$59.99 $11.99
Get it now
Xbox One X Enhanced
Xbox Game Pass
Write your own epic odyssey and become a legendary Spartan hero. Forge your destiny in a world on the brink of tearing itself apart. Influence how history unfolds in an ever-changing world shaped by your choices. LEGENDARY SPARTAN HERO Embark on your journey from outcast to legendary Spartan hero. ANCIENT GREECE AWAITS Explore an entire country full of unexpected encounters in untamed environments and bustling ancient cities. CHOOSE YOUR PATH Your choices shape the world around you. Play in a living world that constantly reacts to your every decision. FIGHT EPIC BATTLES Charge into epic clashes between Sparta and Athens in battles pitting 150v150 soldiers against each other.SAIL THE AEGEAN SEA Recruit crewmembers and customize your ship as you explore and battle your way on the open seas.