After school, you come across a notebook belonging to a boy named Kenta. The twist? Kenta dreams of one day becoming a video game designer, so the notebook’s two hundred pages contain nary a study note or homework assignment. They’re full to bursting with hand-drawn and papercraft games. You won’t believe half of what this young boy’s wild imagination has come up with!

No two games in RPG Time are the same, and that holds true of battle as well. And boy, have players got a lot of battle to enjoy in the pages of Kenta’s notebook. Each enemy has its own unique weaknesses, making every instance of combat a fresh and exciting challenge. Better be ready for those boss fights, because they are going to be memorable!

But gameplay isn’t just limited to the notebook. Sometimes, characters will leap right out at you to join in on the fun. The papercraft extras and handcrafted characters all spring from the imagination of young schoolboy and are bursting with a nostalgic charm that will put players in mind of some of their favorite old school RPGs.

The story of RPG Time is inspired by classic RPGs and adventure games. Take on the role of Wright, the young hero in training as he embarks on a quest to save Princess Lay, who has been kidnapped by the evil demon king. Fight your way through forests, dungeons, and all manner of familiar RPG settings, but with a new twist: they are all handmade, brought to life in all manner of different styles in this incredible young boy’s notebook!

Along the way you will meet delightful, memorable friends to help Wright in his quest. Can’t beat a particularly tough boss? Don’t worry. Your friends will make the impossible… possible! A little help will go a long way in Wright’s quest to save the princess and return peace to the Land of Light.

Kenta can’t wait for you to experience the incredible adventures in his notebook. He’s worked so hard to bring his imagination to life for players just like you. So now, it’s time for an adventure! 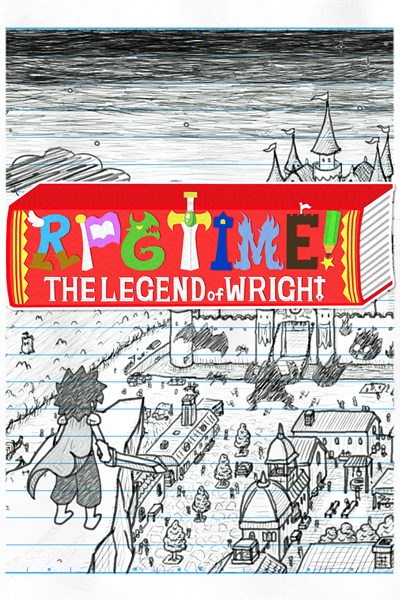 RPG Time: The Legend of Wright

☆☆☆☆☆ 19
★★★★★
$29.99
Get it now
It's time for adventure! When school's out, it's RPG time! Let's play an RPG that's hand-drawn by a game-loving boy named Kenta, who drew it all on his notebook. Fun and exciting gimmicks and tricks appear every time you turn the page! In a classroom after school, the player finds themself playing an RPG created by a boy named Kenta who dreams of becoming a game creator, titled "The Legend of Wright." While the game's title contains the term "RPG," players will soon find themselves playing games other than the hand-drawn RPG on a notebook: a world made from cardboard and stationary strewn across a desk will also have players play action, adventure, side-scrolling shooters, and command battle games! The game is absolutely chock full of Kenta's playful imagination! Taking fifteen years to conceive and 9 years to develop, "RPG Time: The Legend of Wright" is packed with its creators' ideas and entertaining flourishes. Its uniquely creative presentation has won tremendous critical acclaim, leading to awards at numerous game trade shows around the world, including Tokyo Game Show, Taipei Game Show amd BitSummit.