The best horror games are those that mixes impossible things, to defy and entertain the audience, with slightly possible scenarios capable of triggering our deepest fears. Dolmen is one of these games. It’s a souls-like action RPG, considered challenging even to experienced players, but with a sci-fi story based in the premise that humans will modify themselves, both genetically and with augments, to become more apt to colonize space. Zoan Corp, one of the companies who explores space, hired the modified humans called Drillers to colonize Revion Prime. Things got wrong, as always happens in a good horror game, and Zoan Corp arouse the player to protect the company’s interests and investment, never showing any remorse for what happened to the deceased employees.

As the story unfolds, the player becomes aware of the greedy details that took place in Revion Prime evolving the Dolmen crystals and its interdimensional proprieties. After all, evil, resentment and arrogance can be found in all multiverses.

About the game design, there’s dozens of melee and ranged weapons that can be crafted with different materials to alter their stats. There’s armors to enhance three different types of technologies, improving the character’s combat abilities, an elemental system that can be exploited to defeat enemies more easily, attributes and much more. Gathering materials and crafting better equipment can be the best strategy to those who are not familiar with the rough experience a souls-like game can be, but even with a full gear the late enemies of Dolmen can wipe a player who’s let their guard down. For those strong of mind who like to challenge bosses multiple times, the game offers a respawn feature, which provides extra rewards to craft boss weapons. That option can also be used with multiplayer, grating rewards to all who join the battle.

Overall, the environment and level design tries to keep the senses of the player in alert, contributing to the sci-fi horror feeling, as there’s only a few safe spots in the adventure and the combat uses nothing less than menacing creatures all along. After 12 or more hours playing, we experienced a good horror atmosphere and the thrilling of trying to recover the timeline where we didn’t die. It takes some time to master all the mechanics, as the elemental system and the new “energy mode,” but the challenge is part of the fun when we speak about souls-like. 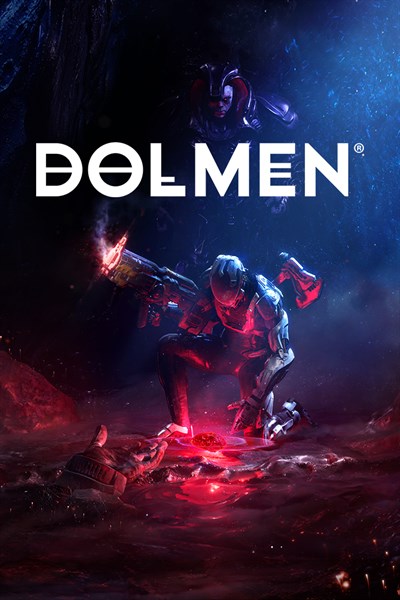 ☆☆☆☆☆ 5
★★★★★
Get it now
Dolmen casts players onto a hostile alien world known as Revion Prime. Your job? Bring back samples of a crystal with particularly unique properties; the so-called ""Dolmen"". These crystals are capable of allowing interaction between realities, revolutionising space exploration and changing the known world forever. DYNAMIC COMBAT In Dolmen you will grow stronger with each battle! Experience a rich combat system with various weapons and moves at your disposal. Switch natively between melee and ranged combat to overcome the most challenging enemies Revion Prime has to offer. ENERGY MODE Energy management is key to victory in Dolmen. Energy is not only used for ranged weapons, but also for activating ""Energy Mode"". ""Energy Mode"" imbues your melee weapons with elemental status effects, letting you take full advantage of your enemy's weaknesses. DISCOVER A MYSTERIOUS PLANET A devastated, darkly beautiful world is waiting to be explored. Will you find all the secrets that Revion Prime has to offer? Or will this cruel world push you to the brink of death? A CHALLENGE AWAITS Surviving is the last thing this world wants you to do. Will you see your timeline erased or will you overcome the challenge that awaits you? ENCOUNTER GRUESOME BOSSES Revion Prime offers a plethora of gruesome monstrosities that will put your skills to the test." Dolmen – Rebel Set Experience your journey on Revion Prime in style with the unique Rebel Set. Made by genetically engineered Humans – the so called "Xenospecies" – this gear set was built to last and help the wearer adapt to different conditions during the colonisation of space. Defeat fierce bosses in this stylish new gear and overcome the fear of having your timeline erased. The Rebel Set includes: – Rebel Armor Set – Rebel Sword – Rebel Axe