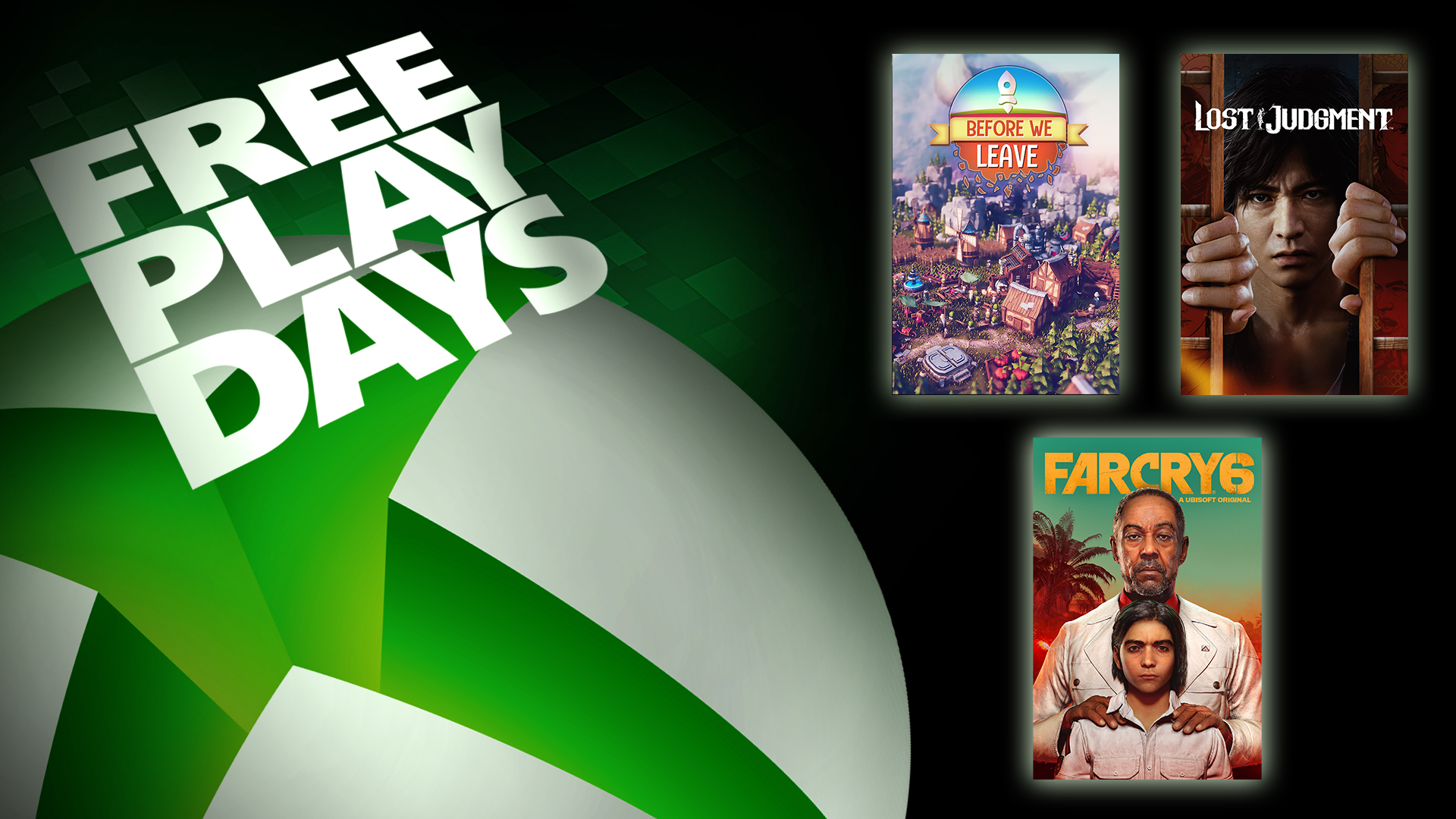 Mysteries and action will turn your world upside down this weekend in Free Play Days. Lost Judgment, Before We Leave, and Far Cry 6 are all available this weekend for Xbox Live Gold and Xbox Game Pass Ultimate members to play from Thursday, March 24 at 12:01 a.m. PST until Sunday, March 27 at 11:59 p.m. PST.

Purchase the game and other editions at a limited time discount and continue playing while keeping your Gamerscore and earned achievements during the event! Please note that discounts and percentages may vary by title and region.

Delve into the murky noir mystery RPG Lost Judgment this weekend during Free Play Days. Take to the streets of Japan as Private Detective Yagami and unravel how a convicted police officer can somehow seemingly have committed two separate crimes in different places at the same time. Test out your sleuthing skills using a mix of high-tech gadgets and old-school tailing suspects. Mix it up when you go deep undercover at the local high school by busting moves in the dance club, building robotics, earning respect in the boxing ring, and joining an underground race club. As you get closer to the truth, violence erupts! Strategically battle it out in hand-to-hand combat mixing Snake, Tiger, and Crane styles to overcome any situation.

As Yagami digs further into the truth, you will be faced with the ultimate dilemma: Defend the law, or enact justice?

After generations underground your Peeps have emerged from the shelter and they’re ready to rebuild society. In this colorful city builder, you’re tasked with nurturing a reborn civilization by growing settlements, rediscovering lost technology and managing the pollution that overwhelmed your ancestors. A solar system full of opportunity awaits you in Before We Leave. However, the ancient guardians of the universe are out there, and they’re hungry.

Become immersed in the adrenaline-filled, chaotic world of a modern-day guerrilla revolution. To even the odds against Antón Castillo’s dictatorial regime, you’ll have to make what you need, employing an arsenal of unique and surprising new weapons, vehicles, and animal companions to ignite a revolutionary movement that will burn his tyrannical regime to the ground. Included in this Free Weekend are 3 free crossover missions: Danny Trejo in “Danny & Danny vs Everybody”, the Rambo-inspired mission “All the Blood”, and the just released “Stranger Things” crossover mission. This new mission, called The Vanishing, will bring a stealth-horror-survival gameplay experience to Far Cry 6 players for the first time with mysterious characters, new gear, and new lore. In The Vanishing, players enter a twisted version of Yara, inspired by the Upside-Down, and Dani discovers that Yarans are disappearing and no one is safe – not even Chorizo.

There’s plenty to discover, and you can continue your adventure after the free period is up with 50% off during the sale.