As a solo developer and producer who has released several titles for all consoles before, Frightence holds a special affection for me because it is the first title that I did with a team, albeit a tiny team of three talented first-time developers who helped me shape the narrative aspects of Frightence.

I’ve developed three horror titles before and realized that through the journey of pitfalls of indie-game development, balancing narrative and action is a real hurdle.

As an indie developer, you not only try to overcome major obstacles like budget concerns but technical troubles as well. Luckily for us, developing for the Xbox consoles was very comforting process. The IDXbox team were gravely patient and helpful with us during the certification process of Frightence. Knowing our engine, which is Unreal Engine 4 to be exact, also helped us a lot to actualize our vision.

Our vision for Frightence was simple : Make a short, yet intense and atmospheric horror experience. We wanted to keep the interactive elements simple from ground-up and wanted to players to focus on the narrative concept that we were trying to establish. One of the major ensnares for indie horror games is to write the background story “too much”…The players know that they are playing a relatively short-budgeted indie game so they want to experience something more unique, contrasting and distinguishable.

So, what we did for Frightence was to write a multi-layered and deep story with several different characters and created a storyline for the player to experience only a glimpse of it. It was really difficult for us to cut out most of our literary material but it was necessary for us to finalize the game the way we envisioned it.

The players will meet several interestingly enough macabre characters during Frightence but will only experience a fraction of their lives. This might sound like a risk that can alienate some types of players, but, hey, what’s the point of being an independent developer if you can’t be bold enough to take such risks?

In the end, Frightence is a short horror game but it is full of provoking incidents and shivery and eerie characters in every step you make, and for most of the characters you meet in Frightence, it might be your one and only time to encounter them.

We believe this opens a door to a re-playability and myriad number of possibilities for a sequel as well. We are eagerly awaiting audiences responses to each layers of background story in Frightence.

Here is also an interesting question:

When you encounter an interesting character only once in a horror game, how does that character impact you?

The answer is simple : You will start imagining things about that character. And we believe triggering a player’s imagination in a horror game is the best an indie developer can achieve in this genre. It would be our ultimate reward as developers for Frightence. Dive in to Frightence today – it’s out now on Xbox! 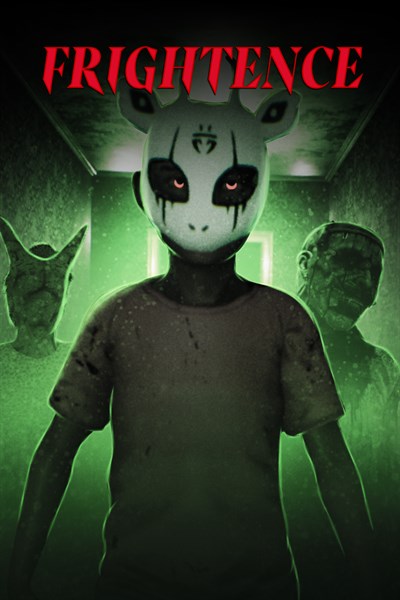 ☆☆☆☆☆ 36
★★★★★
$9.99
Get it now
Frighthence is a short, intense first-person horror experience. You are the janitor who works at the infamous Apartment #17, which is the seed of many eeire tales and bloodcurdling urban legends… The apartment recently got an eviction notice and tonight, you must check every resident’s flat to make sure that everybody has left. Soon you will realize that things are not the way they seem in this dreadful apartment…