We have a new reason to party! After bringing the sweetest addition to the game – the ability to customize your gummies with cosmetics – A Gummy’s Life has also given players a couple of interesting updates, including a new map, the ability to ping your character, and online multiplayer customization. Players have also been getting exclusive new cosmetics following special events and holidays.

Now, you can rejoice in the newest addition brought to the game: a whole new closet!

A complete new set of cosmetics will be ready for you as a reward for your efforts. The already unlocked hats and glasses will remain in your inventory, but there’s a catch! That past season is over and those cosmetics won’t be available to unlock for other gummies anymore (or will they?). So, time to show off your old collection and start collecting as many pieces as you can from the new one!

This new content update is a very special one for those who love the thrill of opening a new present at the end of their online matches. Since the launch of the game on Xbox, online players could get their reward among a closed set of cosmetics and only special holidays and events have brought players new hats and glasses to freshen their in-game looks, but, with this update, their whole closet gets a huge makeover.

To get the new hats and glasses available, players just need to remember old mechanics, since the way to unlock cosmetics remains unchanged: just play online matchmaking and, as soon as you finish your game, you’ll get to open a present with a random cosmetic, assigned to a random gummy. So, if you want to get every single new look for every gummy, you’d better get playing!

This second collection brings you the best looks of the season, so that everyone can show off their prices for engaging in crazy gummy brawls, but also gives completionists a whole new set of awesome unlockable content. Everyone can now start enjoying the new feeling of freshness for the spring season!

No matter if you’re into basic looks or you’d rather put on a crazy animal print, A Gummy’s Life new closet brings you everything to make the perfect look. Now, get ready to battle and get those new looks to make every victory shine even brighter. Good luck! 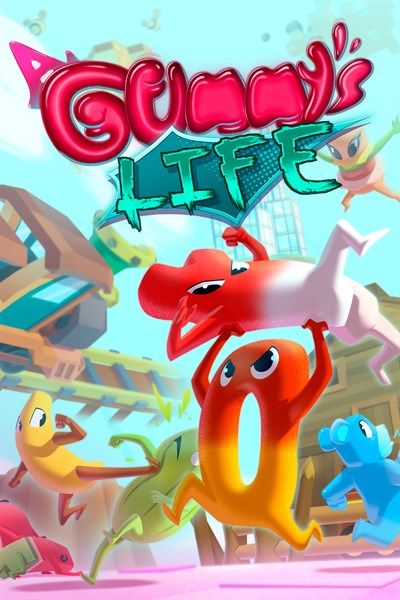 ☆☆☆☆☆ 60
★★★★★
$19.99
Get it now
Warning! The gummies have come to life… and they have gone fruit loopy! The gummies have invaded the city, they’re everywhere: in the football stadium, the park, the fortress, the fairground, even in the beehive?! It’s impossible to keep your eyes off the relentless free-for-all gummy action with their floppy fist fights and sweet yet savage sucker punches. They say the pen is mightier than the sword, but since gummies don’t have pens, they use their surroundings to terrible effect. And you thought they were so sweet! PICK AND MIX So many gummies to choose from! Choose your preferred flavour and jump into the hilarious wacky battles with friends and family. Unlock different cosmetics to customize your gummies even more. There can only be one champion so show everyone who rules over the sugar! Its winner takes all and that includes the newly unlocked gummies to play with.