Hello out there, I’m Sebastian from indie studio Clockwork Origins. We’ve been involved with tower defense for many years – it all started with a crazy total conversion modification for the action role-playing game Gothic 2, released in 2012. As a university project, the idea was revisited and eventually released as a standalone game in 2019: Elemental War was born (available for Xbox One and Windows 10 PCs).

All the while, we continued to tweak the game mechanics and explore new graphical possibilities. The result after several years of work is Elemental War 2.

Elemental War 2 gives you the popular tower defense feel combined with innovative gameplay mechanics. So, if you love the TD originals Element TD or Defense Grid you’ve come to the right place! Round after round, hordes of monsters pour out of a portal into our dimension – and only you can stop them. Among the waves of enemies, particularly powerful opponents with special abilities appear, the so-called elementals. When you defeat them, you unlock elements that allow you to build new and stronger defense towers.

It is important to us that there is a lot to experience and a lot to discover. Elemental War 2 offers you dozens of hours of gameplay to develop and customize defense strategies, uncover all the secrets of the game world, and more.

We ourselves have spent countless hours of testing, fine-tuning and can proudly claim to have realized exactly the tower defense game we always imagined. Check it out and become part of a growing community – maybe we’ll see you on the leaderboards on May 6! It’s also available for preorder today! 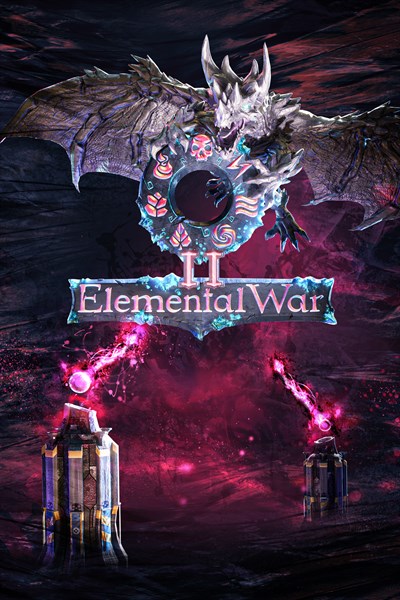 ☆☆☆☆☆ 18
★★★★★
$19.99
Get it now
Elemental War 2 takes you into a threatened world: hordes of monsters suddenly pour out of the abysses of hell from a faulty summoned portal. Will you manage to build a defense line of defense towers against the forces of evil in time? Elemental War 2 offers you the popular tower defense feeling combined with innovative game mechanics: as soon as you defeat an elemental – a particularly strong enemy that will demand everything from you – you'll receive its element stone, which you can use to build new defense towers. As you keep collecting elements, you'll always have new levels and tower combinations at your disposal. Only if you skillfully combine the different towers and make use of their advantages will you be able to stand up to the monster hordes. Through in-game side quests, you'll also unlock items that further enhance the abilities of your towers or decisively weaken your opponents at just the right time! Elemental War 2 offers you dozens of hours of gameplay to develop strategies, complete all the quests and discover all the secrets of the game world. The lovingly hand-built maps offer you varied games and always new challenges!