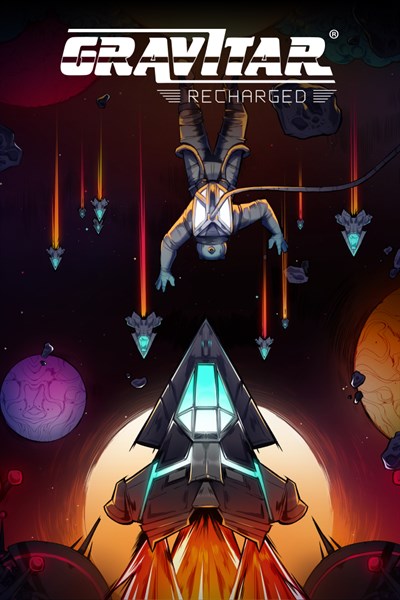 ☆☆☆☆☆ 4
★★★★★
$9.99
Get it now
A lone pilot, far from home, must navigate an abstract universe of uncharted planets and space stations guarded by mysterious, hostile aliens in Gravitar: Recharged. You must complete missions in each solar system, navigating a variety of challenging environments, each with varying levels of gravity that will test your skills as a pilot. Complete each mission within a solar system and you will be transported to the next through a massive black hole. Will you ever make it home? The visual aesthetic of Gravitar: Recharged takes the Recharged series in a new direction, with expansive environments rendered in painterly style and pastel tones. In the capable hands of industry-veteran composer Megan McDuffee, the original soundtrack complements the art style with soothing, atmospheric tracks that evoke a sense of wonder.
NOTE: You may pre-download this game, but it will not be playable until the release date/time: 06/02/2022 (check the product page for release date/time in your region).
NOTE: This game leverages Smart Delivery allowing access to both the Xbox One and Xbox Series X|S versions of the game.
Product Info:
Developer: AdamVision Studios, SneakyBox
Publisher: Atari
Website: Gravitar: Recharged
Twitter: @theadamvision / @SneakyBox / @Atari