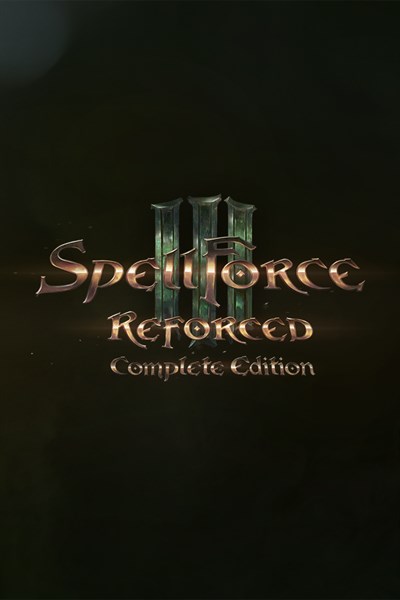 ☆☆☆☆☆ 97
★★★★★
$59.99
Get it now
The SpellForce III - Reforced Complete Edition offers over 60 hours spanned over 3 story campaigns. It consists of: SpellForce III Reforced SpellForce III Reforced: Soul Harvest SpellForce III Reforced: Fallen God It is the year 518. The rebellion of the renegade mages, known as the Mage Wars, has been quashed by the Crown. However, it was a Pyrrhic victory: Whole regions have fallen into anarchy, refugees roam the lands in search of shelter, and a mysterious, deadly plague called the “Bloodburn” has arisen and is spreading rapidly. Soul Harvest: Three years after the Purity Wars, Nortander is on the cusp of a new era. However, things aren’t as peaceful as they seem – when the Queen calls you, a disgraced General, back to your homeland, you’re plunged in a war on many fronts.. Fallen God: Your dwindling, nomadic tribe of trolls has just one goal: survival. Plagued by vicious poachers for your precious tusks and weakened by disease, hope is almost lost - until an enigmatic Elven stranger offers you, the young chieftain Akrog, a path to salvation: you must resurrect a fallen god. 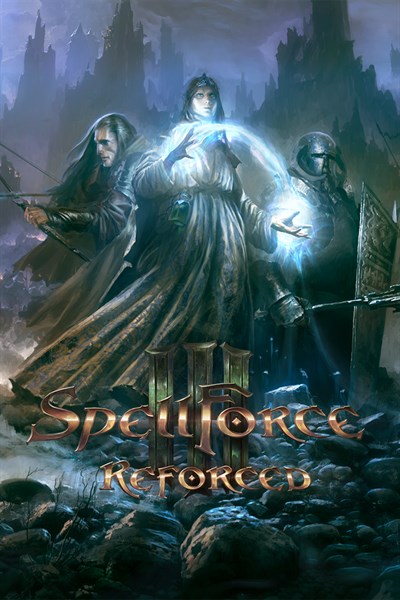 ☆☆☆☆☆ 68
★★★★★
$39.99
Get it now
SpellForce III Reforced is a unique mix of an epic RPG storyline blended with accessible real-time strategy elements, designed to offer a riveting console experience to fans and newcomers alike. It is the year 518. The rebellion of the renegade mages, known as the Mage Wars, has been quashed by the Crown. However, it was a Pyrrhic victory: Whole regions have fallen into anarchy, refugees roam the lands in search of shelter, and a mysterious, deadly plague called the “Bloodburn” has arisen and is spreading rapidly. In times like these people cling to any sign of hope they can find. The Purity of Light, led by a charismatic man called Rondar Lacaine, claims that mages are the source of all misfortune – and that only the second coming of Aonir, the father of all gods, will return Eo to its former splendor. The story takes place before the acclaimed SpellForce: The Order of Dawn. Features: Innovative Mix: Unique gameplay blending RTS and RPG naturally together Streamlined for consoles: Intuitive gamepad integration and tailor-made UI to smoothly control a strategy/RPG mix with complex mechanics Create & Customize: Create your own hero and choose between distinct skill trees Build to Fight: Raise your own army and fight epic mass battles Epic Storyline: Immerse yourself in a rich world - Unravel the secrets behind the current situation in Nortander. Explore Eo, a fully-realized world filled with interesting characters and heart-wrenching stories. Make new friends - assemble your party from a diverse cast of companions that not only complement your skills in interesting ways but also have an impact on the narrative. Manage their skills and equipment to ensure victory on the battlefield. Choose your side: Strengthen and command one of three factions – Elves, Orcs and Humans. Prepare your troops and fight the mother of all battles. Play strategically, taking advantage of terrain, troop formations, visibility, scouting, etc. Experience an epic tale: Enjoy a fully-voiced 30+ hour campaign on your own or with friends in the campaign coop mode. Face opponents of all skills in the online battles. Multiplayer: Strong multiplayer component with various modes - Compete against each other in the PvP and Domination mode or play cooperative either together on one faction or classic where everybody plays a faction.
NOTE: This game leverages Smart Delivery allowing access to both the Xbox One and Xbox Series X|S versions of the game.
Product Info:
Developer: Grimlore Games
Publisher: THQ Nordic
Website: SpellForce III Reforced
Twitter: @GrimloreGames / @THQNordic