*Begin transmission* Hi there astronauts, Koen Deetman from KeokeN Interactive (aka Mission Control) here! We are super proud to announce that Deliver Us The Moon launches today on Xbox Series X|S – with a free upgrade for Xbox One owners! To help you get started, mission control has assembled some valuable hints and tips to prepare you for lift-off as you embark on your do-or-die mission to save humanity from extinction!

Hold A to Extend Your Jump

This tip is most useful towards the final two chapters of Deliver Us The Moon. Upon reaching the Tombaugh Facility, players must navigate a mining area in order to reach the entrance. In addition, towards the end of the Copernicus Outpost Chapter, the player has to rush to the top of a failing MPT tower. Sprinting to build up speed, and also holding A to extend your jump, will help to get you there faster, time is crucial in space.

Be Prepared for That One Space Station Puzzle in the Oxygen Lab. Don’t Give Up!

Floating in low gravity inside the Pearson Space Station, the player will find themselves without any oxygen. Act fast to restore the life support back online so that you can finally breathe again. The Oxygen lab is also where you’ll find the electric cable puzzle at the end of the space station, this can be tricky to complet. Persevere.

Be Sure to Check Out the Prequel Comic: The Blackout.

Deliver Us The Moon: ‘The Blackout’ is the prequel story to the game, it focuses specifically on the events leading up to the start of the game. Essential reading for anyone about to embark on a mission of such magnitude.

Don’t Do It in Real Life, but In Deliver Us The Moon You Can Sprint up and down Ladders

Throughout the game there are numerus occasions where players might find themselves rapidly running out of oxygen. To get around quicker, hold down the sprint button to slide down ladders faster. Oh, and when in doubt, jump!

Make Sure to Save Both Ducks from the Evil Clown

In Chapter 6, there are two rubber ducks hidden in the Tombaugh Facility, finding them both will give you ‘The Aquanaut’ achievement (90G). Players will notice that the second duck is tied to a red balloon – this is a reference to the horror film ‘IT’.

There is a Second Rocket to Launch

The second launch is a small easter egg that people often seem to miss. We encourage you to keep exploring. Have a close look around near to the elevator at the start of the game… In Deliver Us the Moon, every little part of the game has a story to tell.

Don’t Rush It. Look Up to the Stars Every Now and Then!

Enjoy your surroundings, look up at the stars, drive around the Moon’s surface and jump in low gravity – Surviving outside for 30 minutes will reward you with the ‘Stargazer’ achievement.

Some Puzzles Require the Help of a Particular Robot Companion!

During your adventure your only companion is a small robot named ASE (Alloway Systems and Engineering). To progress through the game, players will need to interact with and control ASE in order to solve puzzles, gather clues and uncover the secrets and hidden agendas at play. Will you save mankind or be forgotten in the dark abyss of Space?

Finally, remember, in Deliver Us the Moon, there is no good or evil. Only decisions made by people trying to do their best.

We are really proud to finally share the Xbox Series X|S version of the game with all of you, and we’re excited for you all to experience the next-gen features that add new levels of immersion to the game. We hope these tips and advice help you get the most out of your mission.

*Taurus V, this is Houston. You are confirmed Go for orbit!* 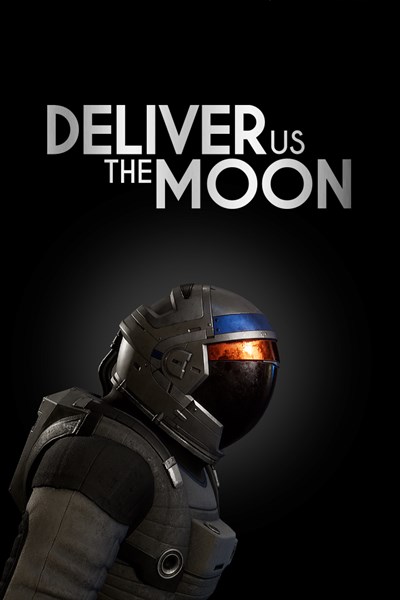 ☆☆☆☆☆ 260
★★★★★
$24.99
Get it now
Xbox One X Enhanced
Deliver Us The Moon is a Sci-Fi thriller set in an apocalyptic near future, where Earth's natural resources are depleted. A lunar colony providing a vital supply of energy has gone silent. A lone astronaut is sent to the moon on a critical mission to save humanity from extinction. Will you save mankind or be forgotten in the dark abyss of Space? • Tackle real world issues • 1st and 3rd Person gameplay, including driving numerous vehicles • Vast, open moonscape to explore and discover • Claustrophobic, suspense driven action • Anti-gravity gameplay sequences • Clever, challenging puzzles • Haunting, orchestral soundtrack • Powered by Unreal® Engine 4