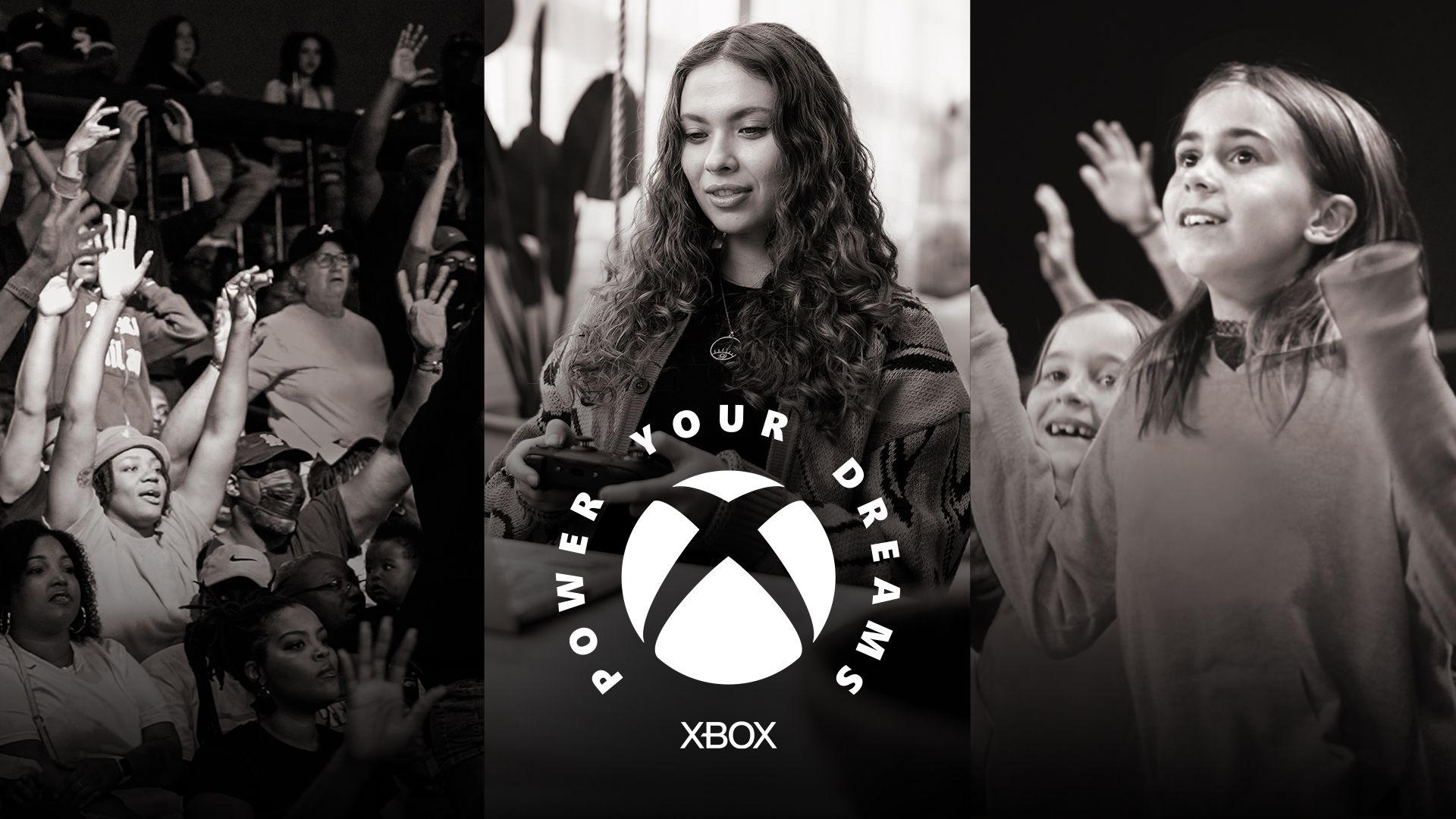 Here at Xbox, we are dedicated to helping uplift and support the next generation of women leaders and their dreams. Whether it’s stepping onto basketball’s highest stage, snagging the spotlight as the next big name in streaming, or captivating a continent with a summer of soccer, it’s fundamental to support amazing female achievements and help bring those dreams into reality.

This summer, Xbox is launching programs with the England Senior Women’s Football Team, the France Senior Women’s Football Team, the Atlanta Dream, the NY Liberty, and some amazing talent including Vanessa Bryant, to inspire the next generation of women gamers and athletes to dream big. This will be one of the first steps of Xbox’s commitment to amplifying representation of women in sports and gaming.

We’re proud to share our newly launched Power Her Dreams campaign and website. Led by an emotionally charged video narrated by Vanessa Bryant, it shares the epic journey of Zaila Avant-Garde, Littlenavi, Karima Winter, Sabrina Ionescu, Rhyne Howard, and Sarah Bond, who have each taken steps to make their dreams come true through a mix of strength, struggle, success, and everything in between.

As part of this limited-time campaign, Xbox is inviting fans who love basketball and gaming to tell us about their dreams via our Power Her Dreams web portal. It is here they can submit a dream and choose one of two charities to whom Xbox will pay it forward with a per-dream donation:

For every submission made on the Power Her Dreams site between July 20 and September 30, Microsoft will donate $10 to one of the two nonprofits listed above; up to a maximum donation of $50,000 per nonprofit.

Teaming up with the NY Liberty

Xbox will soon reveal a very special, one-of-a-kind, home basketball court for the NY Liberty. The court will be installed at Barclays Center and will be a first of its kind experience. Stay tuned to Xbox Wire for more information.

Teaming up with Atlanta Dream

On August 12, Xbox and the Atlanta Dream will partner up to highlight a select number of dreams from the Power Her Dreams campaign during the game against the NY Liberty. Xbox will also provide a few special, one-of-a-kind custom Atlanta Dream Xbox Series S consoles, which will be given away during the night to several lucky fans. More info to come.

On July 6, Xbox launched two programs to support England and France as they began their summer campaigns for European Tournament glory.

The FC Mortons team were given a tour of the English FA’s prestigious St George’s Park training facility, had the chance to ask two of the England Lionesses a variety of questions about their careers and even were able to spend some time fine-tuning their shooting skills with a dedicated training session coached by both players. Following that, the tables turned with a chance for the budding young footballers to coach both Ellen White and Lucy Staniforth through a race across a custom-built Minecraft-themed Parkour mini-game.

To wrap the day, as the ‘Cubs’ lined up alongside the two Lionesses for a final photo, the team and coaches were given one final surprise as it was revealed that they were going to be the beneficiaries of a dedicated Xbox sponsorship package to power their dreams in the season ahead.

For the France Football Federation, Xbox worked on a series of interviews in which five members of the France Women’s soccer team talked about their dreams of reaching the top of women’s football in France. Sakina Karchaoui, Kadidiatou Diani, Griedge Mbock, Delphine Cascarino, and Clara Mateo each took the time to sit down with Xbox to talk about what drove them to pursue their dreams. From their first aspirations during their childhood, to their most recent goals, fueled by a thirst for victory. After years of hard work and grit, their efforts have paid off in becoming inspirations for young girls everywhere.

This is only the start of Xbox’s commitment to powering the dreams of young women in sports, gaming, and more. We want to thank our partners at the NY Liberty, Atlanta Dream, England Senior Women’s Football Team, France Women’s National Team, Mamba & Mambacita Sports Foundation, and Girls Who Code as we start on this journey.

We look forward to sharing more on future partnerships and campaigns soon.