Play the new tank Ramattra and take the battle to Shambali Monastery. Fighting for a better future for all Omnics, Ramattra joins Overwatch 2 as its latest Hero. Ramattra can completely change forms as part of his core kit, the first for any Overwatch Tank hero, and makes every moment different with his abilities and playstyle.

Visit Zenyatta and Ramattra’s home at the Shambali Monastery, the newest Escort map. Ascend the winding path walked by countless Omnics who sought refuge and transcend opponents with masterful skills.

Within the new season for Overwatch 2, we addressed some feedback we received from the community to bring more hero balance to competitive play.

First up is adjusting the lethality of Sojourn’s Rail Gun. Players have found it challenging to reach the highest tiers of Competitive ranks if they do not have the same mechanical skills as Sojourn players. We will be encouraging players to make use of Sojourn’s high mobility for devastating close distance hits.

Another hero receiving some major changes is Doomfist. While the playstyle core will remain the same to his Hero identity, new updates will help Doomfist better support the team’s front line.

In addition, expect some changes across Ana, Bastion, Junker Queen, Kiriko, Mercy, and Symettra, which will be live as of today.

Players can not only dive into the newest map, Shambali Monastery, but return to some past fan favorite maps and see other locations in a new light. Visit the picturesque town of Rialto or catch some fun rides at Blizzard World, the most epic place on earth. Oasis and Nepal now features different times of the day for players to battle in, while the Hollywood and Watchpoint: Gibraltar maps are rotated out.

Gods and legends from Greek Mythology are the theme of Season 2. Play your way through the Battle Pass or upgrade to the Premium Battle Pass to get even more glorious mythological rewards such as the Legendary Poseidon Ramattra, Legendary Hades Pharah, and the all-new Mythic Zeus Junker Queen skin. This mythic skin includes new customizations, weapon models, voice lines, and special effects.

A variety of heroes will be instilled with god-like powers in our brand-new game mode, Battle for Olympus! Play the limited-time event starting from January 5 through January 19 and look out for new skins throughout the season that might give you an idea on what’s to come!

Get your hands on even more Season 2 rewards by watching Overwatch 2 streamers who have enabled drops on Twitch. Look out for a Legendary Ramttra skin and many more Twitch drops this season.

We have released a new feature of Hero Challenges that you can take on to unlock heroes you have not yet earned. By selecting the Challenge of the Hero you want to unlock, you will be placed in the Practice Range so you can learn how to play the hero and ultimately overcome challenges that require winning Overwatch games.

If you are looking for a faster way to unlock the hero without participating in Hero Challenges, you can purchase them in the in-game store to get immediate access. For all Overwatch 1 owners, you can receive the three new Overwatch 2 heroes Sojourn, Junker Queen, and Kiriko just by logging into the game! This Hero bonus will end by the start of Season 3 so make sure to login before then. 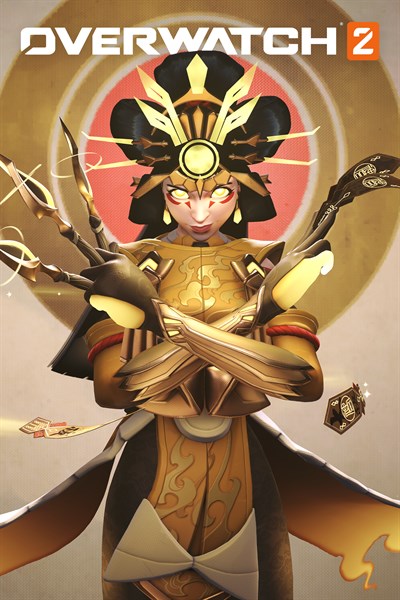 ☆☆☆☆☆ 2009
★★★★★
Get it now
Xbox One X Enhanced
Overwatch 2 is an always-on and ever-evolving free-to-play, team-based action game set in an optimistic future, where every match is the ultimate 5v5 battlefield brawl. Team up with friends and dive into the reimagined PvP experience as a time-jumping freedom fighter, a beat-dropping battlefield DJ, or one of over 30 other unique heroes as you battle it out around the globe. EVER EVOLVING HEROES, NEW MAPS, NEW WAYS TO PLAY AND UNIQUE COSMETICS! Lead the charge, ambush your enemies, or aid your allies as one of Overwatch’s distinct heroes. Take them into battle across 24 futuristic maps inspired by real-world locations, and master multiple unique game modes. SEASON THREE IS NOW LIVE New heroes, maps, and game modes will be added in seasonal updates every nine weeks. Drop into Season Three to explore new terrain in the newest map, ANTARCTICA, and over 20 tiers of completely free rewards on the Battle Pass. Purchase the Premium Battle Pass to unlock an additional 60 Tiers of cosmetic rewards including the all-new Mythic Kiriko skin, legendary skins, sprays, voice lines, weapon charms, and more! A mobile phone number must be linked to your Battle.net Account to play Overwatch.