Rainbow Six Siege’s Operation Solar Raid, the biggest season of Year 7, is live now on Xbox Series X|S and Xbox One. It brings many new features to the tactical shooter including a new Operator and map, crossplay and cross-progression, Ranked 2.0 and a completely revamped Battle Pass, NieR: Automata and NieR Replicant inspired crossover skins, and a free trial period ending December 8.

New Operator Solis is a Colombian Defender who is allied with Caveira’s Ghosteyes faction, a unit focused on stealth and secrecy. She wields the P90 Submachine gun or ITA 12L shotgun as her primary weapon, and the SMG-11 as her secondary, with a bulletproof camera or impact grenades to boot. Solis’ special gadget is the SPEC-IO Electro-Sensor, a headset which allows her to spot, identify, and tag the Attackers’ electronic devices. This includes a wide variety of unique and generic gadgets that Attackers use for everything from breaching to roamer-hunting to intel-gathering, and even includes not just the scouting drones that every Attacker has, but also the phones they use to control them.

You’re going to want her skills and gadgets on your side in the all-new Nighthaven Labs map. Set on the shoreline in Singapore, Nighthaven Labs is a high-tech facility with multiple interior stairwells to facilitate coordinated maneuvers, as well as a few breakable exterior walls that lead straight on to some bomb sites. Note that Operation Solar Raid is introducing a new map-related update: the new map will not be bannable at the start of the season, so get ready to get acquainted fast.

Operation Solar Raid also introduces the long-awaited crossplay and cross-progression features to Rainbow Six Siege. This means Xbox players can now opt in to squad up with their friends from other platforms through Ubisoft Connect, earning them one free Alpha Pack in the process. Their progress, currencies, and items will also be shared across all platforms after logging into Ubisoft Connect.

As you detect Attacker incursions with Solis and flank enemies across Nighthaven Labs, you’ll earn progress in the newly revamped Battle Pass. New branching pathways let you choose your own progression route. You can still unlock all the rewards, regardless of where you start, but the new system effectively lets you work towards the prizes you want to unlock first. But that’s not all that’s been upgraded – competitive players should note that with Ranked 2.0, their rank is determined by how many Rank Points they earn or lose after Ranked matches. Additionally, Operation Solar Raid is bringing the beta phase of the Reputation Score Display to Rainbow Six Siege. This means that players will be able to see their Reputation Standing (though they won’t receive any effects yet), and analyze how their gameplay and interactions are affecting their standing.

The Rainbow Six Siege team has also partnered with Square Enix to create a unique set of Elite skins for Iana and Maverick, inspired by 2B from NieR:Automata and Protagonist from NieR Replicant ver.122474487139, respectively. The team also added additional customization options to Operator devices and Observation Tools to improve the game’s accessibility. Other notable updates include all Operators having the same move speed while aiming down their sights, no more friendly fire in the preparation phase, and drone speed remaining constant while strafing diagonally.

For those wanting to try Rainbow Six Siege for the first time, you’re in luck: the game is hosting a free week until December 8 for Xbox Series X|S and Xbox One. Plus, Operation Solar Raid has two welcome packs available for purchase: the Buck Welcome Pack and the Signature Skin Welcome Pack. Jump into the Rainbow Six Siege action today in the tech-tastic Operation Solar Raid. 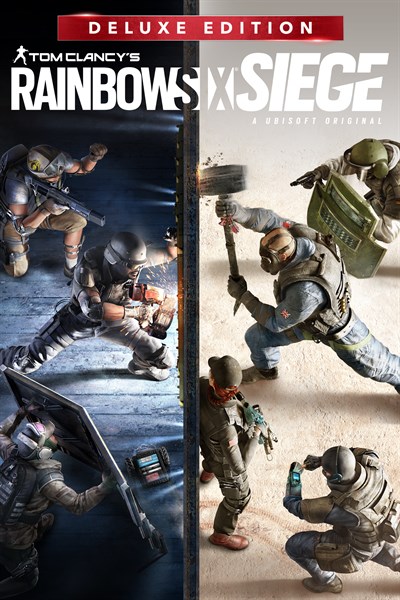