The creators of Fall Guys have honored many of the most iconic video game characters by turning them into beloved beans. Tomorrow, Fall Guys welcomes another set of legends from the videogame pantheon into the Blunderdome.

It’s time for Marcus Fenix and Gears of War franchise favorites Kait Diaz and General RAAM to proudly take their place among the Bean Horde.

Developed in conjunction with The Coalition, the costumes are based on Gears’ characters signature looks. Marcus and RAAM mimic their appearance in the original Gears of War. Kait appears as she does at the start of Gears 5 in her own COG armor.

In addition, Marcus Fenix and Kait Diaz will be returning to the Fortnite Battle Royale Island this week alongside more items from the Delta One Set. This is the first time the characters have come back to the Item Shop since their debut last year in Fortnite Chapter 3. The returning Outfits will be available in Fortnite from December 7 through December 12 at 4 p.m. PST. 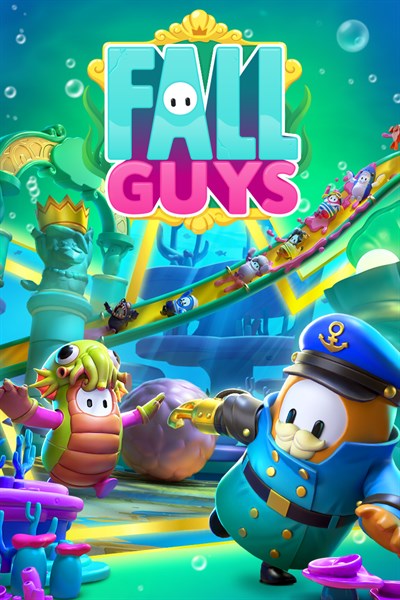 ☆☆☆☆☆ 1057
★★★★★
Get it now
You’re invited to dive and dodge your way to victory in the pantheon of clumsy. Rookie or pro? Solo or partied up? Fall Guys delivers ever-evolving, high-concentrated hilarity and fun. The only thing more important than winning is looking as ridiculous as possible while doing it. Grab the silliest costume you can and fall in line—the show's about to start! Competitive & Cooperative: Tumble between competitive free-for-alls and cooperative challenges—or take on the Blunderdome with up to 3 friends! Play with Friends: Fall Guys supports cross-play, cross-platform parties and cross-progression via your Epic Games Account. Ever-Evolving Content: Play stays fresh with Limited Time Events and new game modes. Each Season brings with it new costumes, collabs, obstacles and ways to play. Gloriously Customizable: Choose from a multitude of Colors, Patterns, Costumes and Nameplates. Relish wins with voguish Celebrations and share your flair with Emotes! Items shown may require separate purchase from the in-game store and are subject to availability. Contains in-game purchases.

☆☆☆☆☆ 1953
★★★★★
Get it now
Xbox One X Enhanced
New Chapter. New Island. New Battle Pass. In the fourth Chapter of Fortnite's Battle Royale, go forth in a new realm — ride a dirt bike, roll in a snowball, launch yourself with the Shockwave Hammer, and hurdle over obstacles. Power yourself up with Reality Augments and claim territory for your squad, leaving behind Banners to declare what's yours. Create, play, and battle with friends for free in Fortnite. Be the last player standing in Battle Royale and Zero Build, experience a concert or live event, or discover over a million creator made games, including racing, parkour, zombie survival, and more. Find it all in Fortnite! Play both Battle Royale and Fortnite Creative for free or purchase access to Fortnite’s PvE Campaign mode, Save the World. All in-game purchases are discretionary, including the Save the World campaign, cosmetic items (e.g. Outfits), V-Bucks and seasonal account progression products like the Battle Pass. Download now and jump into the action.