Xbox Live has always been about building an amazing community. When we first launched the service back in 2002, our vision was to create a premium online place where friends could come together to play games. With your support we’ve created the world’s largest, most-active gaming and entertainment community and now, as we look ahead to the launch of Xbox One on Nov. 22, we want to pause for a moment to celebrate our community and tell you about what we are doing to make it even better. With that in mind throughout the upcoming days in this “Week of Xbox Live,” we will share more news and information about what is coming to Xbox Live.

First, we want to thank you for choosing and for spending more time with us. In the last 12 months, we delivered more than 20 billion hours of gaming and entertainment on Xbox, over 17% growth over the previous year.  We’re proud and humbled to be the top online gaming service – according to NPD’s August 2013 Online Gaming report, close to 50% more online console gamers use the Xbox 360 for playing online than the PlayStation 3.

With your increasing engagement with and growing community, we’re able invest in new features and future innovations that bring more amazing experiences to you and the community on Xbox Live.

Your New Friends App on Xbox One
Designed around you and your friends, Xbox One will have plenty of room for all your favorite people in the brand new Friends system on Xbox One. Your Xbox 360 friends will automatically be added to your Friends list. With Xbox One you can have 1,000 friends, connect with people instantly by following them and have infinite followers yourself. You can also see all of your Xbox One and Xbox 360 friends and their activity in your Activity Feed. 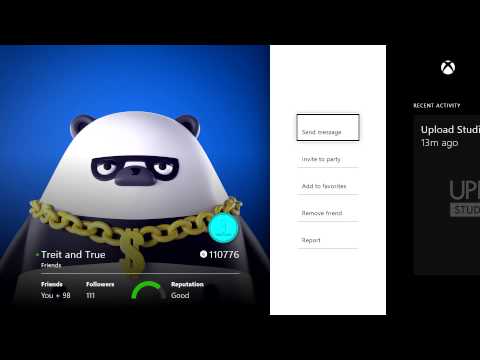 Similar to the other social media networks, Xbox One allows you to share the latest in games and entertainment with fellow gamers, friends and family, or even celebrities and gaming personalities by following people. For example, on Xbox One you can search for me by my gamertag (Major Nelson) and follow me to see what I share publicly, such as my latest game scores and achievements.

On your Xbox One, there are now more ways to connect than simply sending a friend invite. For example, the one-way follow model of Xbox One allows Xbox Live members to connect with the people they care about in an easier way than ever before.

Friends and Followers
So what’s the difference between a friend and a follower? They are all considered your friends on Xbox One, but the levels of privacy between the two are different. You can follow anyone you want and it’s completely up to them if they follow you back. You can also decide what information your followers can see about you.

When you and another gamer mutually follow each other, it creates a more interactive relationship that unlocks the ability for you both to see information like when each other are online, what achievements you earn in real time and what you’re up to on Xbox One.

The Friends app is also an awesome way to find out about new games and activities to take your Xbox One experience to a whole new level.

“A great driver in ‘Forza Motorsport 5,’ for example, could have a huge group of thousands or even millions of followers all tracking their performance in-game,” Rob Lehew, Xbox Live Program Manager,  said. “Those followers can have this driver on their personal leaderboard so that they can constantly keep track of how they stack-up, and they can potentially connect online with the driver to get into a race with him.”

Your Gaming Community on Xbox One
Xbox Live on Xbox One was rebuilt from the ground up so that we could combine the hardware and the power of the cloud in completely new ways. Because of this, the new generation of Xbox Live puts you at the center of all your entertainment and games, with the community you built.

Along with the community, the gaming experience you know and love has evolved and gotten even better on Xbox One. A great example of this is Achievements. There are now two types of Achievements: achievements and time-based challenges. The former is similar to the achievements you earn on Xbox 360. Challenges on the other hand are only available for a certain period of time. What you accomplish during that timeframe will count towards unlocking the challenge.

As a nod to our stellar community, many challenges require a community to work together towards a common goal. Imagine, for example, a game releases a weekend objective that requires players to cumulatively secure an objective “X” number of times in a three day period. And every person who participates and helps build towards the challenge’s goals unlocks that Achievement and earns its reward.

Achievements only scratch the surface of what you can do with gaming on Xbox One. 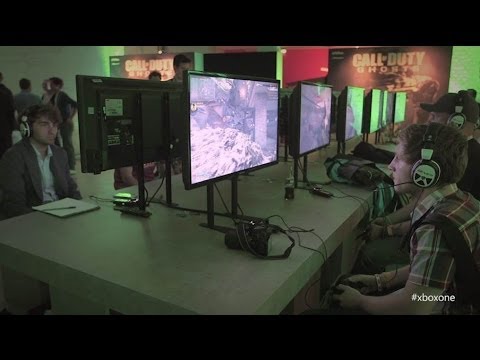 We also continue to make major investments to make multiplayer gaming on Xbox One even better.  The video above highlights some of the work our team has done to continue advancing multiplayer on Xbox Live. We are the only premium gaming service in the world to offer Smart Match, which makes it easier, faster and more enjoyable to get into best-in-class multiplayer gaming. Over time the system gets even better as it learns more about you and your friends. Take a look at a few things I’m looking forward to on Xbox Live for Xbox One here. You can also read more details on Smart Match and the Xbox One reputation system.

We have always been laser-focused on those who make our community what it is. This is the community that you built, and we could not be more excited to take this next step with you in the coming months.  During the next few days in this “Week of Xbox Live,” we will continue to share news and more information about what is coming soon to Xbox Live.

Thanks for your support.