During RTX2014 – the recent Rooster Teeth Expo – Halo developer 343 Industries shared some info on the upcoming Halo: The Master Chief Collection, focusing on new content for the Halo 2: Anniversary portion and unveiling a sweet trailer on the story told through the Terminals hidden throughout the game and narrated by voice actor Keith “The Arbiter” David.

The panel, hosted by members of the Halo: The Master Chief Collection team from 343 Industries and Certain Affinity, showed off a bunch of awesome new features in the upcoming multi-game remake. 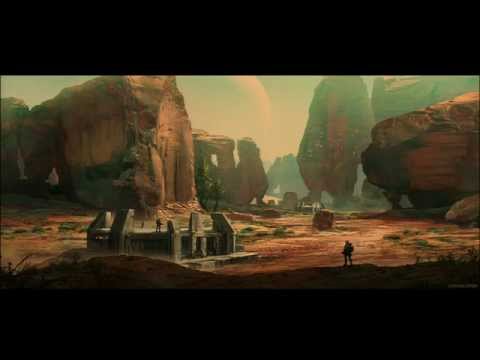 First off, let’s talk about the end reveal of the panel: Certain Affinity’s David Mertz, lead designer on Halo 2 Anniversary, showed off the first of the six remade maps for Halo 2 Anniversary – Coagulation. Fans will remember it as a redone Blood Gulch (a playground perfect for snipers), well-known for its nearly symmetrical layout. Halo 2 Anniversary also brings fan-favorite modes from other Halo titles into its multiplayer, and Mertz gave fans a sneak peek at those, too. Some of the new modes include:

SWAT: The popular no-shields, no-motion-tracker mode had been expanded in Halo 3, and Halo 2 gets an upgrade.

Ricochet: One of the newest modes from Halo 4, where players have to get a ball into the enemy’s goal. Think Halo basketball.

Infection: The popular zombie mode from Halo 3 owes a Halo 2 custom game credit for its invention… and now, it’s coming to Halo 2 for real.

Race: Straight from the original Halo: Combat Evolved. Get in a vehicle and hit all the checkpoints.

And that’s barely scratching the surface of all the new content in Halo 2 Anniversary. You can expect tons of additional stuff, including a brand-new vehicle – the M274-M Ultra-Light All-Terrain Vehicle, AKA “the Gungoose.” Mow down your enemies by vehicle or front mounted gun, or both at the same time.

Beyond that, the team showed off the smaller details of The Master Chief Collection. Max Szlagor, senior designer for the game, gave fans a run-through on a live build, showing off campaign playlist features (which let gamers experience content from all four games in new and exciting ways) and the universal layouts and controls that bring the four games together into one excellent package.

In addition to all of the looks toward the future of Halo, there were also some looks back. Max Hoberman, President of Certain Affinity and the original Halo 2 lead multiplayer designer, shared some of the design philosophy behind that beloved offering, as well as a number of anecdotes about the development process itself.

For the first time ever, the Master Chief’s entire story is on one console. Featuring a re-mastered Halo 2: Anniversary, along with Halo: Combat Evolved Anniversary, Halo 3, Halo 4, “Halo: Nightfall” (a new digital series), and access to the Halo 5: Guardians Multiplayer Beta. This is the definitive Halo experience, coming November 11, 2014.