Today we’re excited to celebrate the launch of Rush: A Disney·Pixar Adventure and Disneyland Adventures on Xbox One and Microsoft Store.

We recently had the opportunity to have an in-depth chat with Jorg Neumann, Head of Production, Global Publishing, Microsoft Studios to talk in greater detail about the re-imagining of Rush: A Disney·Pixar Adventure.

Rush: A Disney·Pixar Adventure invites families and fans of all ages to experience the worlds of six beloved Disney•Pixar films, teaming up with characters such as Woody, Buzz Lightyear, Dory, or Lightning McQueen to overcome puzzling obstacles and find hidden secrets.

You will explore six different Pixar worlds: The Incredibles, Ratatouille, Up, Cars, Toy Story, and the brand-new world of Finding Dory, only seen in this new version.

The game was initially available in 2012 on Xbox 360 and Kinect as, Kinect Rush: A Disney·Pixar Adventure and this time around we are bringing it to you for the Xbox One family of devices and Windows 10 PCs, as well as still being available for Kinect. Will this game look and feel any different on Xbox One X or high-end PCs?

Absolutely – we reimagined this game in 4K Ultra HD and HDR and supporting Xbox Play Anywhere, so fans can now experience the immersive sights and sounds of each Pixar world in stunning 4K Ultra HD and HDR on Xbox One X and compatible Windows 10 PCs.

The game’s graphics actually look strikingly like the movies the game is based on, because we used many of the same rendering techniques as were originally used by Pixar – which enabled us to make game look as beautiful and high fidelity as the full-length feature films. Was there anyone specific you collaborated with at Pixar and how did you come up with a park as the main hub of the game?

We worked closely with Pixar’s creative leads and franchise guardians to make sure we hit the right tone with the art direction and story for each movie. Together, we wanted to expand the worlds and create new storylines for the first time since some of the films were released — like the possibility of returning to Nomanisan Island and Syndrome’s lair from The Incredibles, that definitely required Pixar’s involvement and guidance

The ‘Pixar Playground’ that serves as a hub for the game was the result of the collaboration too. It started as an idea for a simple playground where kids pretend to be their favorite Pixar characters. When Pixar’s creative director Roger Gould weighed in he suggested the playground exist on the Pixar campus itself. Roger suggested the addition of the campus main gate with the Pixar logo since it is such an iconic landmark at the studio.

We were thrilled to get a design from Pixar production designer Bob Pauley, who created the original character design for Buzz Lightyear, for the toy robot player character in Toy Story.

We also had a great partnership with Disney Character Voices and re-cast most of the original voice actors in their original roles. Tell us about the exclusive new Finding Dory world in this game.

When we were working with Disney on re-imagining this version of the game, we wanted an idea for this new release to add something completely new. We asked ourselves, “What if we did something with Finding Dory?” and were enthused that Pixar was fully supportive, as there is so much to show in a bright, beautiful ocean, especially in vivid 4K, with all the colorful coral reefs and ocean wildlife. The movie was such a great success and it’s exciting for me to say this is the only game where you can actually play as Dory. Is the gameplay different for each world and game and does it include multiplayer?

Each game has its own unique objectives and goals that are very similar to the plotlines you would see in the movies – for instance, in the Ratatouille level you try to save the restaurant from being shut down, in The Incredibles level you need to fight and defeat the Omnidroid. You and your Pixar character will interact on-screen and play cooperatively to solve challenges, moving from fast-paced puzzle-solving to moments of pulse-pounding agility and speed.

Additionally, all the games bring something that all the family can enjoy together – including Cooperative play so you can team up at home and play on the same screen or through Xbox Live with a friend. What is it like to work with Pixar Animation Studios?

Microsoft Studios and our developer, Asobo, were granted amazing access to the Pixar crew, often working directly with creative leads and designers to ensure that every detail of our game worlds is as faithful as possible to the films that inspired them. This sometimes resulted in content that never made it into the movies being realized in Rush: A Disney∙Pixar Adventure. For example: 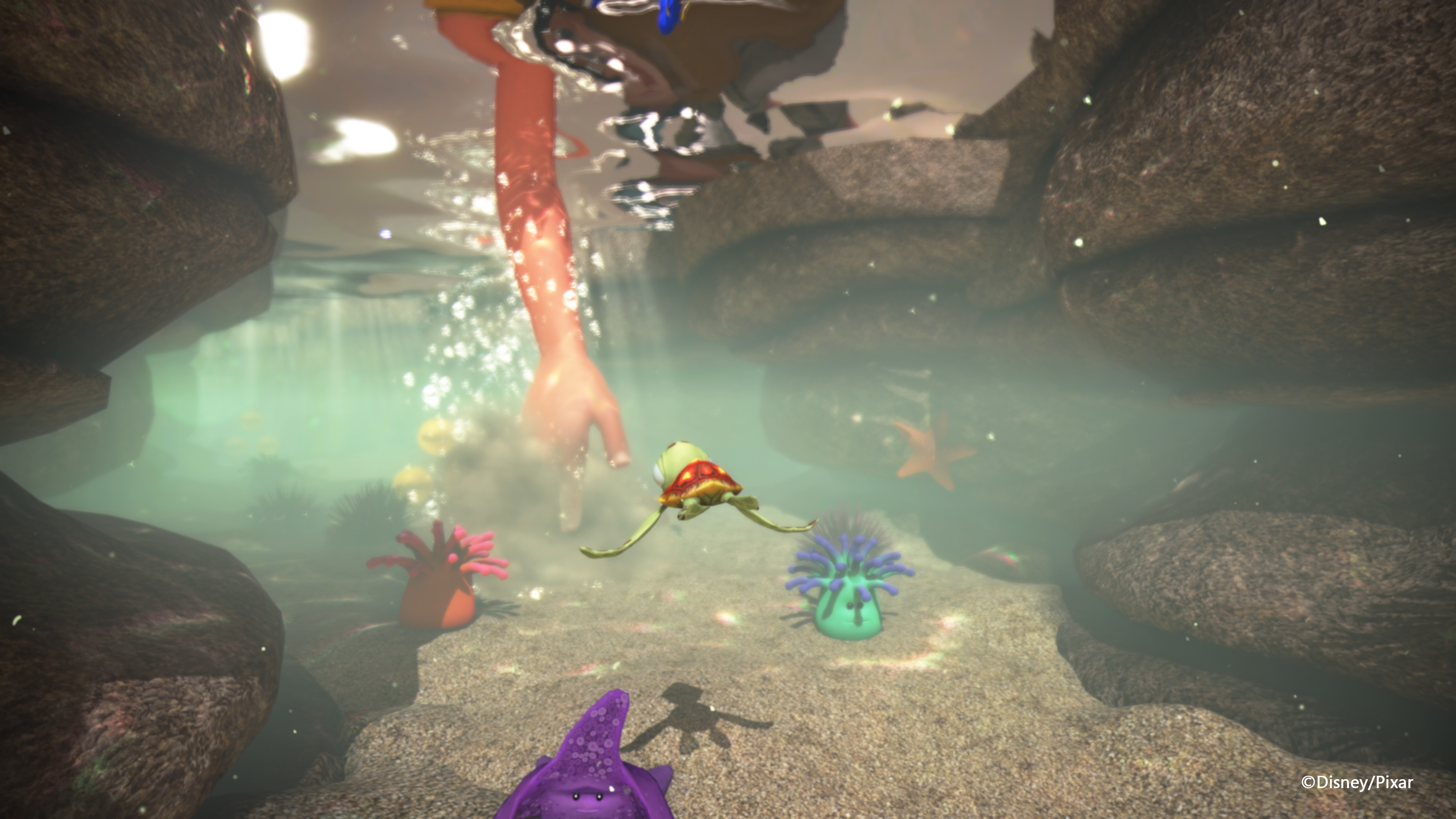 I am incredibly proud of the work that has gone into re-imagining Rush: A Disney·Pixar Adventure and Disneyland Adventures and I invite fans of all ages to buy now for $29.99 USD each – you can pick them up at any major retailer, on Xbox.com, or in the Xbox Store or Microsoft Store.