If you’re reading this, you’re probably about to step into the shoes of a legendary hero and experience the iconic story of Dragon Ball Z in the all-new action RPG, Dragon Ball Z: Kakarot!

Goku’s adventures are known and loved by many, but for some it could very well be a first-time dive into this timeless saga. Fear not, Saiyans, for we have the tips to get you started on this journey of a lifetime in the world of Dragon Ball Z!

In Dragon Ball Z: Kakarot, players train to grow strong and battle a long list of mighty foes, but they also get to experience all the memorable scenes that made the franchise so popular – from the arrival of the Saiyans on Earth to the fight against Buu. The game has something to offer for connoisseurs and neophytes alike: diehard fans will appreciate the inclusion of more obscure moments as well as original side stories told through unique sub-quests. Novices will unfold the story at their own pace and get to know all the characters by playing them, fighting alongside them or meeting them in the various quests.

Now that you know what’s in store, let’s start your training go through some useful tips before getting started:

Eat to Power Up

When Goku isn’t training or fighting, he’s most likely eating! This is a simple way for you to boost your character’s stats – temporarily or permanently! Be sure to go fishing, hunting, or even apple-picking to gather as many ingredients as you can. You can eat fruits on the go, cook meat at campfires, ask a cook in a village to prepare something for you or, better yet, go home and let Chichi create a full-course meal. The last two options will provide the highest stat boosts!

“True power comes from being part of a community. Seek out others like you and form a real connection!” Wise words that you should live by in Dragon Ball Z: Kakarot!

By completing side quests, special training, or simply by progressing through the main story, you will acquire Soul Emblems of the Dragon Ball characters. Place them strategically on the Community Boards to activate skill bonuses. Hint: The Cooking board might not be Vegeta’s best placement.

There are 7 Community Boards: Z Warrior, Training, Gods, Adventure, Cooking, Development and Adult. Some are self-explanatory, but for example placing Soul Emblems in the Z Warrior Community Board will unlock bonuses such as attack or support gauge upgrades. Soul Emblems have two different parameters: Friendship and Proficiency. Giving them gifts will increase both, which will then give you access to rare items!

In Dragon Ball Z: Kakarot, training is crucial to get stronger and overcome new challenges. Collecting D Medals all over the world will give you access to different training options. Once you have enough, you’ll be able to start mental training against other Z Warriors, or even yourself! Pro tip: search for Ki to locate the medals faster.

Clearing training will unlock new super attacks or power up existing ones. Exactly what you need to face off against the many enemies you’ll encounter!

Stack the Odds in Your Favor

In Dragon Ball Z, the fights aren’t always fair, and it will be no different in the game! Your adversaries will often start at a higher power level than you, which only means you must be smarter.

Just like in the anime, you’ll have all the room you need to knock enemies far into the distance. When an enemy’s stun gauge is depleted, be sure to attack them to deal extra damage. When you’re the one taking damage, don’t forget to guard and dodge. Successfully dodging an attack will cause your opponent to enter a slow-motion state, making it the perfect chance to launch a counterattack!

You won’t always need to fight alone – Offensive, Defensive and Special Support Characters all have unique sets of moves and techniques to back you up.

Although it’s not an open world game, Dragon Ball Z: Kakarot allows you to fly around and engage in a variety of fun activities.  If you want the true Dragon Ball Z experience, make sure to explore as much as you can: collect Z Orbs, go on side quests, train with friends, speak to NPCs… you will always be rewarded with items, stat boosts and other pleasant surprises!

We’ve covered the basics, it’s now up to you to become the Z-Warrior the universe needs! Pick up the game on Xbox One and start living as Goku, the one they call Kakarot. 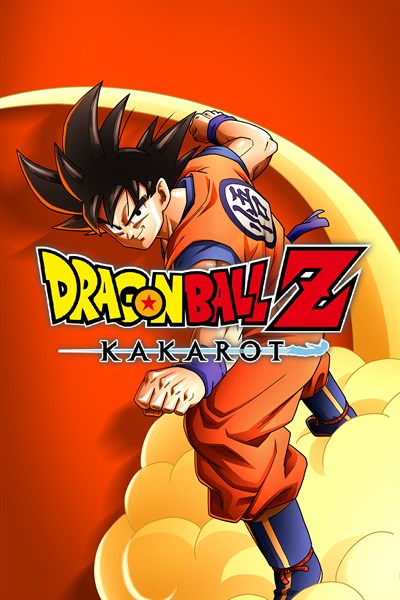 ☆☆☆☆☆ 431
★★★★★
$59.99
Get it now
Relive the story of Goku and other Z Fighters in DRAGON BALL Z: KAKAROT! Beyond the epic battles, experience life in the DRAGON BALL Z world as you fight, fish, eat, and train with Goku, Gohan, Vegeta and others. Explore the new areas and adventures as you advance through the story and form powerful bonds with other heroes from the DRAGON BALL Z universe.