The original Wasteland was released in 1988 to critical acclaim and stands as one of the most respected forebears of the RPG genre. Wasteland Remastered is available today with Xbox Game Pass on Xbox One, Windows 10 PC, and features cross-save support as an Xbox Play Anywhere title. The remastered edition features the iconic gameplay of the original turn-based RPG, with new graphics and overhauled audio as you look to survive a radiated Earth in a society that’s just trying to survive any way it can.

If you’ve played the original Wasteland, you’ll notice that some of that sound design has been carried over, though it has been further enhanced with character voice overs and narration which punctuate the major beats in the game.

In addition, the original’s paragraph book has been brought in-game, and the previously pixelated world of the original Wasteland has been 3D-ified, which further helps to make the classic environments pop. Additionally, character and creature portraits have been repainted and animated in a style that respects the original designs.

In Wasteland Remastered you’ll direct the actions of the Desert Rangers, a squad of peacekeepers sent to investigate a series of disturbances that have been affecting the camps and townships in the vicinity of your base of operations in what was the Southwestern US.

Choice and consequence are the keystones of this experience. Innocuous decisions in your conversations will come to bear in significant ways throughout your travels. What characters you choose to accompany you, how you equip your team, and how you engage with the characters and creatures in the world, will all influence your overall chances of survival in the year 2087.

Your first steps into the Wasteland will be quite dangerous and we’re here to help! Read the Wasteland Remastered Survival Guide here on Xbox Wire. 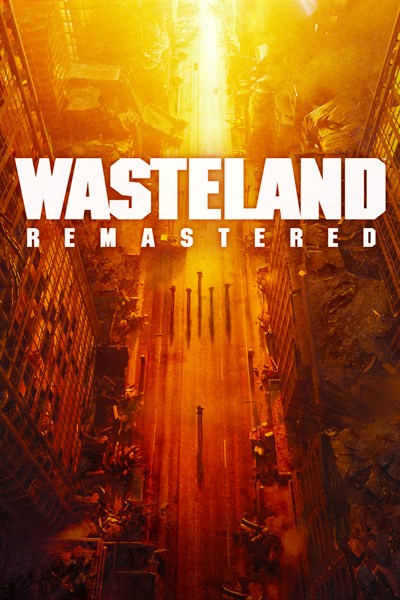 ☆☆☆☆☆ 150
★★★★★
$14.99 $11.99
Get it now
PC Game Pass
Xbox Game Pass
Originally released in 1988, Wasteland brought the post-apocalypse to video games and inspired a genre. Play one of history’s defining RPGs with completely overhauled graphics, sound, and expanded musical score. The year is 2087, nearly a century after an all-out nuclear war turned vast swaths of the Earth into a radioactive hellscape. You are a Desert Ranger, a band of stalwart lawmen who are the only hope left in what was once the American southwest, and good people’s last defense against hunger, sickness, ravaging raiders, and mutants. Now something more secretive and sinister is menacing humanity, and it's your job to investigate. Recruit help and follow leads—the choices you make will shape the world around you. Choose wisely, your life and the lives of those you’re sworn to protect depend on it.