Ghost Recon Breakpoint‘s second episode is out now for Xbox One players everywhere. In Deep State, the Ghosts join forces with Splinter Cell’s Sam Fisher in an eight-mission campaign called Operation Checkmate. Year One Pass owners have immediate access to Operation Checkmate, while all other players will have access to the first mission and can purchase access to the rest if they like from Ghost Recon Breakpoint’s in-game store for Ghost Coins. Deep State also introduces two new classes: the drone-wielding Engineer and the stealthy Echelon. Both classes are out now for Year One Pass owners and will be available to all other players in one week. Lastly, this episode adds the Ghost Experience, a brand-new way to customize your gameplay, free for all players.

Deep State’s two new classes offer up new ways to play. Inspired by Sam Fisher, the Echelon class is a perfect fit for stealthy players. The special ability, Sonar Vision, allows you to detect enemies through walls, while the Shock Pistol can take out enemies and incapacitate drones. And if the Echelon is spotted, you can snap-aim a lethal pistol shot in the brief window before you’re fully detected.

The Engineer class is a master of drones and can summon a deadly, flying Defense Drone to target enemies. Engineers can also toss out Supply Drones, which can either give partners a magazine of high-end ammo or explode when shot. The class can also do more damage to drones and has a bigger explosion radius when using grenade a launcher.

The Ghost Experience is available for all players and gives you a new set of options to tailor the campaign to your liking. You can still play the game without changes in the Regular Experience, but the Immersive Experience removes gear level and tiered loot entirely. Armor becomes purely cosmetic, and you’ll only be able to carry whatever weapons you have equipped. You’ll still be able to upgrade your weapons in the Gunsmith menu and compare what you have equipped to what you find in the world, but all versions of a weapon you find will now be identical. 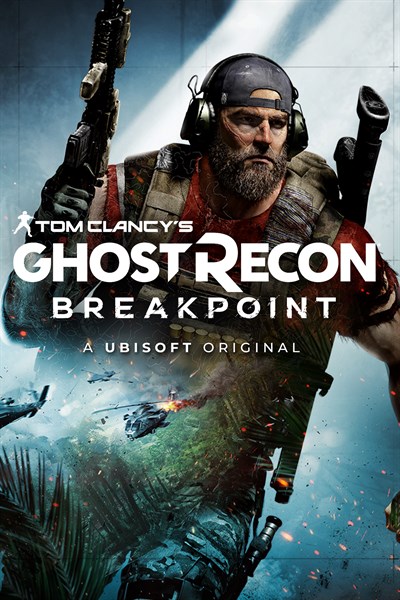 ☆☆☆☆☆ 620
★★★★★
$59.99
Get it now
Xbox One X Enhanced
Free Trial
Become an elite spec ops soldier known as a Ghost, tasked with a special mission to Auroa. The remote archipelago somewhere in the South Pacific has lost contact with outside world due to Skell Technology turning hostile. The Wolves, a rogue spec ops team, led by your ex–brother-in-arms, have taken over and are hunting you down. Lead your team through the island landscape and save the civilians without being noticed. Tailor your experience to fit your playstyle: – Solo, as the leader of up 3 fully customizable AI teammates. – Or, play in co-op PvE with up to 3 friends. Upgrade to the Deluxe Edition, Gold Edition, or Ultimate Edition to get the most out of your experience.