Bless Unleashed’s Summer event Salamander Solstice is available now for a limited time on Xbox One!

A rite of Summer in Lumios includes the yearly swarm of salamanders where their numbers swell and they can be seen almost anywhere. Born with a magical fire that keeps their tails alight, this yearly explosion in their population can lead to burned acres of fields or homes as the salamanders find places to hide.

Turning a negative into a positive, the Federation hosts a yearly festival, the Salamander Solstice, to encourage the people to hunt the salamanders with fabulous seasonal rewards and festive fireworks.

Keep an eye out across Lumios, as the salamanders can and will swarm all over when you’re not looking!

Ready to hunt some salamanders?

As Salamanders are defeated, they will drop Salamander Coins. Redeem these Coins for special summer rewards from the Salamander Solstice Merchant in all cities for rewards including refreshing Coconut Cure-all Popsicle or Rawberry Rampage Popsicle, a Celebratory Salamander or the Solstice Chest!

The Solstice Chest is filled with lots of potential goodies including:

The Salamanders may also drop Nest Map Fragments! Collect enough and deliver them to the Salamander Solstice Cartographer to unlock the location of a Salamander Nest that is sure to be full of riches and rewards.

The Salamander Solstice doesn’t last forever, so join the hunt and the celebration! 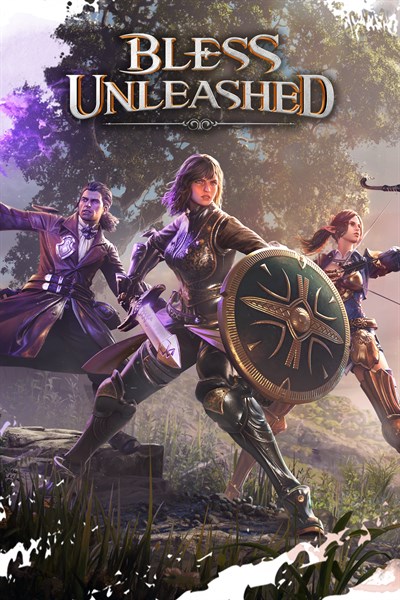 ☆☆☆☆☆ 386
★★★★★
Get it now
Xbox One X Enhanced
Bless Unleashed is the premier next-generation action MMORPG. Journey across a vibrant persistent world to take on — and survive — vicious, lethal monsters that inhabit this untamed landscape. Choose between one of five classic classes, each with its own combo-driven combat experience, handcrafted for online play. Gather your party to explore and survive a richly detailed world of dangerous beasts and divine secrets. KEY FEATURES: • Stunning, Expansive – Explore a richly detailed open world, built in Unreal Engine 4. Party up with friends to explore, discover, and battle massive monsters. • Combo Driven Combat – Customize your own combos for an even more rewarding combat experience, where proper positioning can be the difference between success or death. • Pretty Dangerous – Defend yourself from massive dragons, giants, and other fantastical creatures even as danger from other players is always a threat. FEATURES: • Mature Minded – Bless Unleashed is a violent world with a rich, complicated backstory and an intricate plot. • Friend & Foe – The open persistent world challenges players to survive a menagerie of mythical beasts… and each other. Integrated PVP provides danger at every turn. • Classic Fantasy With a Twist – Choose between five classic fantasy classes like the arcane wielding Mage or the bloodthirsty Berserker in a world full of magic. Travel the world in search of the truth about the gods with your companions for your own brush with divinity.