Did you hear the news? Tell Me Why was named gamescom’s Best Microsoft Xbox Game of 2020! Jump into the first chapter of this award-winning three-part series from DONTNOD Entertainment and Xbox Game Studios, available now with Xbox Game Pass, on Xbox One, and on PC for Windows 10 and Steam.

Tell Me Why tells the story of Alyson and Tyler Ronan, twins who have reunited for the first time in a decade after the death of their mother. Tell Me Why is an intimate mystery where you will play as both Tyler and Alyson as they explore the mysteries of their joyful but troubled childhood in beautiful small-town Alaska.

Throughout their time with Tell Me Why, players will experience gameplay that’s anchored around the Bond, a unique link between Alyson and Tyler that allows them to recall memories from their past. Some of these memories play a pivotal role in the eventual outcome of Tell Me Why, depending on how players choose to proceed in the narrative.

This latest adventure from DONTNOD Entertainment was crafted in close partnership with cultural, mental health and transgender advocates and organizations. The creative team relied on input from a variety of sources, including trans, nonbinary and gender non-conforming staff at DONTNOD Entertainment and Xbox Game Studios, to ensure a thoughtful portrayal of Tyler, a young trans man.

The experience doesn’t end today: Tell Me Why’s three chapters will release on a weekly cadence, with Chapter 2 landing on Sept. 3 and Chapter 3, the conclusion, following up on September 10. We can’t wait to see how fans will share their experiences and choices throughout their time in Delos Crossing!

Chapter 1 of Tell Me Why is available now for purchase on Xbox One, and on PC for Windows 10 and Steam. The game is also available on Xbox Game Pass for both console and PC. For the latest on Tell Me Why, follow us on social media or visit our website at tellmewhygame.com. 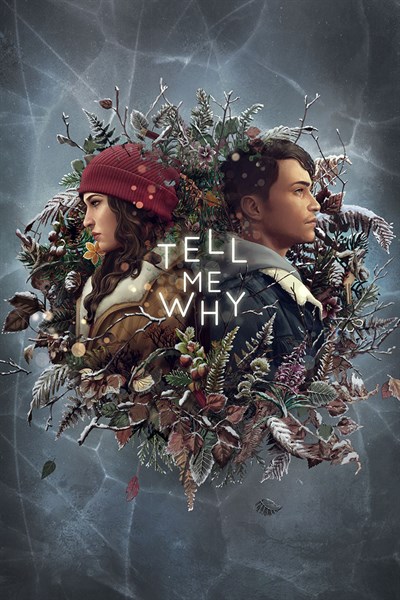 ☆☆☆☆☆ 18
★★★★★
$29.99 $20.09
Get it now
PC Game Pass
Xbox Game Pass
Tell Me Why is the latest narrative adventure game from DONTNOD Entertainment, the studio behind the beloved franchise, Life is Strange. In this intimate mystery, reunited twins Tyler and Alyson Ronan use their supernatural bond to unravel the mysteries of their loving but troubled childhood. Set in beautiful small-town Alaska, Tell Me Why features true-to-life characters, mature themes and gripping choices. As you conjure up memories of the past, your choices will affect the twins’ relationship, determine the strength of their bond, and shape the course of their lives. Tell Me Why unfolds across three chapters, all of which will release in the summer of 2020 with Xbox Game Pass and will also be available for purchase on Xbox One, Windows 10 and Steam.