The Tampa Bay Lightning have hoisted the cup, and an unprecedented NHL season has come to a close… but on the virtual ice, the puck is just about to drop — EA Sports NHL 21 launches today on Xbox One! The team at EA Sports is excited to recognize creativity, fearlessness, and innovation across the game, bringing forward the elements of what makes today’s NHL great.

Here are five major improvements that you will feel come to life in NHL 21.

Brand New Be A Pro Experience

The biggest innovation in NHL 21 is a new Be A Pro experience, which allows you to go from NHL prospect to game-changing superstar. For the first time ever, you can begin your career in junior hockey or as a pro in Europe. The mode is focused on the choices you make both on and off the ice, with every decision impacting who your character becomes. On the ice, react and rise to the occasion with real-time challenges from your coach… off the ice, decide to either go out on the town with your teammates, or stay in and get a good night’s sleep. Every decision has an impact and will shape your unique story and career.

Recognizing the greatness of some of the world’s most creative players, NHL 21 adds several new on-ice moves that will create replay worthy moments. From the legendary Michigan scoop and tuck goal, to Kucherov’s brain breaking no-deke deke, to Matthew Tkachuk between-the-legs one-timer, to Crosby’s bank of the back off the net, these iconic moves will create unforgettable goals.

While the new superstar inspired moves offer a new level of flair, one of the biggest game changing on-ice innovations comes in the form of something more subtle… banks and chips. These banks and chips are utilized by the NHL’s most adept attackers, allowing them to maintain speed in their attack by creatively using the boards or neutral zone to their advantage. The addition of this tool unlocks more ways to maintain or create momentum when breaking into the offensive zone.

Goalie play reaches a new level of authenticity in NHL 21. Improved AI focuses on more sound positional play from the last line of defense. Players will feel netminders adjust and square up to an attacker’s shooting angle, giving them a better chance at making the stop. While this calculated approach puts goalies in the right position, sometimes desperation efforts are needed. In NHL 21, new saves and animations unlock more jaw-dropping, acrobatic, last-chance stops, closing the door on high percentage offensive chances.

Score with Style in HUT Rush

Creativity takes center stage in the new Hockey Ultimate Team mode, HUT Rush. In this quick-to-action mode the new Style Scoring system determines a points multiplier, based on the difficulty of the moves that you execute. The prettier the play, the bigger the bonus. HUT Rush also features outdoor arenas, unique rule sets (like Money Puck and First Goal wins), and playable mascots, making every session unique.

With those five major innovations, and so much more, NHL 21 is a place to showcase your creativity. We look forward to seeing you on the ice starting today. 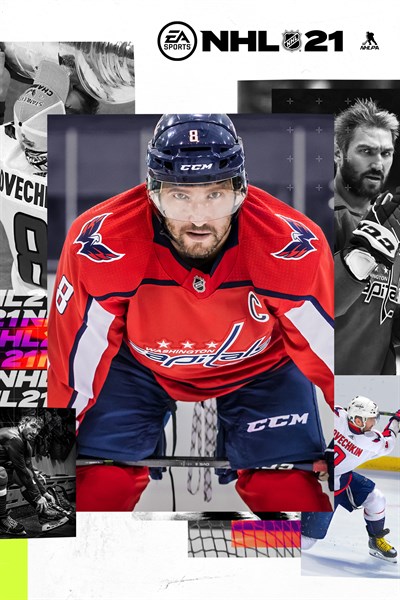 ☆☆☆☆☆ 243
★★★★★
Get it now
Recognize Greatness in EA SPORTS™ NHL® 21. In EA SPORTS NHL 21, it’s the most creative, inventive and fearless players that are worth celebrating. This year, you’ll be able to pull off moves inspired by the league’s most groundbreaking innovators. An expanded and redesigned Be A Pro mode makes the journey to become one of the league’s best players more immersive than ever, with a dynamic conversation system that shapes everything from your relationship with the coaching staff, to your endorsement deals and salary — even your off-ice interactions with teammates will affect your on-ice chemistry. NHL 21 also introduces the new HUT RUSH — a mode that lets you jump into HUT games quickly, rack up achievements, and unlock rewards by scoring with style. Not all goals are created equal, and NHL 21 recognizes the plays that make the highlight reel and turn good players to great ones. Recognize Creativity, Recognize Revolutionary, Recognize Future. NHL 21. Recognize Greatness. This game includes optional in-game purchases of virtual currency that can be used to acquire a random selection of virtual in-game items. CONDITIONS AND RESTRICTIONS APPLY. SEE https://www.ea.com/games/nhl/game-and-offer-disclaimers FOR DETAILS. NHL, the NHL Shield and the word mark and image of the Stanley Cup are registered trademarks of the National Hockey League. NHL and NHL team marks are the property of the NHL and its teams. © NHL 2020. All Rights Reserved. Officially Licensed Product of the National Hockey League.