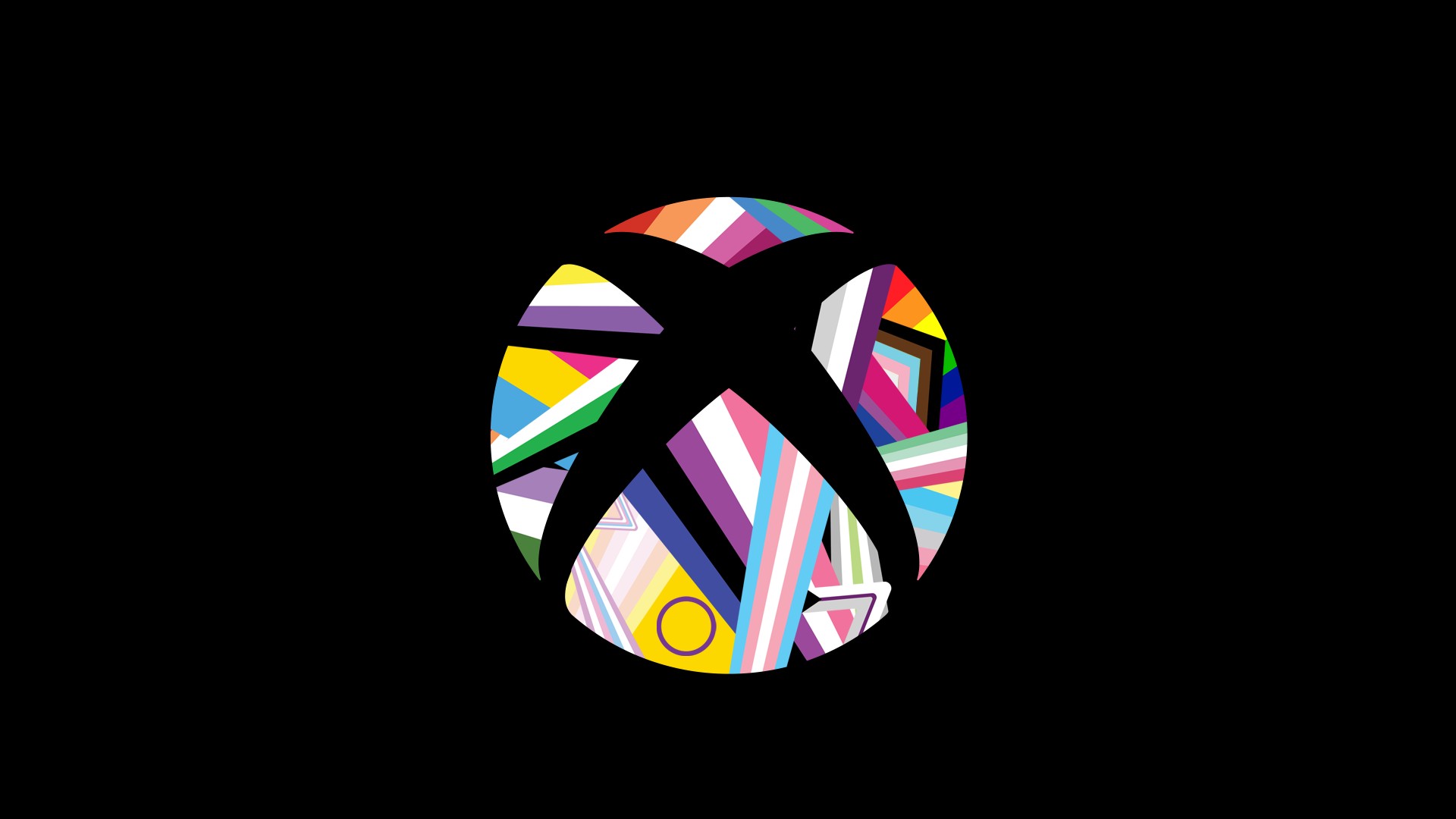 This Pride, LGBTQIA+ communities at Microsoft invite everyone to join us in our call for justice and equity. By working together, we can make an impact and bring about change for all.

Gaming is a big part of the lives of many LGBTQIA+ players and it’s important that we celebrate everyone who plays. At Xbox, we are committed to creating a safe and inclusive space for all members of LGBTQIA+ communities to experience the joy of gaming and we are championing content that represents all of today’s players. We will continue to do our part to ensure that everyone can play as their authentic selves and feel empowered and represented throughout the industry.

Team Xbox proudly supports LGBTQIA+ players during Pride month and beyond. To honor Pride, we are focusing on intersectionality and lifting up LGBTQIA+ voices across gaming. We are also highlighting stories of Team Xbox and Microsoft members, and Microsoft is making a $150,000 total donation to LGBTQIA+ nonprofits. Explore all of the ways Microsoft stands up for justice and equity at Pride, and check out some of the ways Xbox is celebrating this year.

Show your support with limited-edition t-shirts, bags, and more — all created by and with LGBTQIA+ communities. This year’s collection is packed with Xbox Game Studios designs and eco-friendly options. Shop Pride gear now.

Team Xbox has designed the Pride 2021 Xbox Wireless Controller with and for LGBTQIA+ people to give visibility to communities that have often been overlooked and neglected. It combines the flags of various LGBTQIA+ communities in an interwoven energetic way, creating a sense of unity, and evoking both technology and the modern age. To celebrate, Team Xbox will share these controllers with key influencers and media in the U.S. and internationally. Learn more here.

Want to celebrate Pride while playing Xbox on your Surface? Check out the Surface Skin, inspired by this Pride design. Learn more here.

Tell Me Why Available for Free in June on Xbox Consoles, Microsoft Store, and Steam!

Tell Me Why, the award-winning narrative adventure from DontNod Entertainment and Xbox Publishing, will be available for free on Xbox consoles, the Microsoft Store and Steam for the entire month of June 2021. Whether you’re returning to Delos Crossing or experiencing the Ronan twins’ reunion for the first time, we can’t wait for you to join us this Pride Month.

The Forza Franchise Gets Festive for Pride!

Forza is getting festive! The 2021 Forza Rainbow livery, adorning the 2017 Ford Focus RS, is available for free to all players in both Forza Horizon 4 and Forza Motorsport 7. Players will automatically receive the livery through the in-game message center the next time they log in after June 1. (Ford disclaimer: 2017 Focus RS no longer in real world production.)

In Halo: The Master Chief Collection, our players can customize their profile with special nameplates commemorating in-game activities or celebrating special events.  Any players who log in during the month of June will automatically gain access to this unique “Unity” nameplate!

Xbox has released new Xbox profile customization content. The new “True Colors” profile theme and gamerpics will be available to fans on PC and console. Celebrate and show your support with this new content! (Availability may differ by region.)

Xbox Avatars celebrates Pride Month with new Pride collections from Xbox, Halo, and more. Show your support with these free t-shirts and tank tops. Get your Avatar Pride gear now.

Microsoft is donating a total of $150,000 to LGBTQIA+ Nonprofits

Together with our employees, Microsoft has donated $2M+ to organizations that support the LGBTQIA+ community in the last year, and we are making an additional $150,000 total donation to nonprofits around the world to help in the fight for LGBTQIA+ equity including ACLU Foundation, The Trevor Project, Act to Change, OutRight Action International, BEAM, and Mermaids. We remain committed to advocating for and supporting equity and equality for all, including our LGBTQIA+ employees, gamers and members of our communities. Learn more.

Xbox gamers can earn Microsoft Rewards points in various ways, such as playing or purchasing games after downloading the Microsoft Rewards app on Xbox. Earn points and redeem them for real rewards. Join today and donate through Xbox.

The Coalition/Gears 5 on Microsoft Rewards

This month, join Microsoft and The Coalition and support the social good organization of your choice through the MS Rewards program. Complete a Gears 5-based MS Rewards Punch Card and get the Pixelated Hearts banner set for use in Gears 5 multiplayer. Program is open to players in the following regions: US, CA, MX, BR, AU, UK, FR, DE, IT, ES.

During June and beyond, we are highlighting games, movies, and TV selected by LGBTQIA+ communities at Microsoft that bring focus to LGBTQIA+ creators, experiences, and protagonists, plus award winners and nominees from GLAAD and the Gayming Awards.

Tell Me Why – This award-winning narrative adventure from DontNod Entertainment and Xbox Publishing stars Tyler Ronan, a trans man, alongside his twin sister Alyson as they reunite for the first time in ten years and explore the secrets surrounding their mother’s death. Download the game for free all month long on Xbox consoles, Windows 10 and Steam!
Undertale – We won’t spoil it, but this popular RPG is rich with representation and is now available to play on Xbox.
Ikenfell – This tactical RPG features a number of LGBTQIA+ characters and follows a group of magical students including three non-binary party members.
2064 Read Only Memories – We love that MidBoss seeks to make the world more inclusive through content, and how this game presents gender identities and expression, including the option to choose your pronouns.
The Outer Worlds – Join Parvati, one of your companions who identifies as asexual, as she pursues a relationship with Junlei, the captain on the Groundbreaker in this GLAAD award-winning action-RPG where you’ll get a taste of that space colonist life.

“Moonlight” – This moving story follows the journey of Chiron, a young African American man, and his journey with his identity and sexuality into adulthood.
“Saving Face” – Before Alice Wu created, The Half of It, she created Saving Face featuring Wilhelmina, a Chinese-American lesbian, balancing her relationship with her mother and cultural expectations.
“Love, Simon” – Greg Berlanti’s coming-of-age film follows 17-year old Simon’s path to coming to terms with his identity.
“The Craft: Legacy” – Zoey Luna brings visibility to trans and Latina identities in this continuation of a 1996 hit.

In the Xbox Ambassadors community, we are dedicated to sharing and amplifying community voices. So, in celebration of Pride Month in June, we asked those who identify as LGBTQIA+, how games with diverse representation have impacted them and to share their stories about being a member of the gaming community. Here are their stories.

The Xbox Plays team will continue to celebrate LGBTQIA+ communities during Pride Month and beyond. Our team will feature games connected to these communities, as well as invite prominent live streamers and content creators onto our channels. We will also have game developers on-hand to talk about their experiences while creating games that represent LGBTQIA+ communities. Follow the action on Twitch.tv/Xbox!

Join us each week as we feature a different theme:

Xbox’s Major Nelson will be joined by GM of Xbox Trust & Safety, Kim Kunes, on the Official Xbox Podcast for a special Pride month episode in late June that will discuss the importance of safety at Xbox. The episode will cover how Xbox is supporting LGBTQIA+ communities to play as their authentic selves and experience the joy of play free from fear of intimidation or harassment.

This summer, Gayming Magazine, the world’s only LGBTQ video game magazine, is celebrating its DIGIPRIDE season which runs from June through August on gaymingmag.com. Presented by Xbox UKI, the season will see a number of major activities happening on the Gayming site and across Twitch. Events include a digital drag show, DIGIPRIDE panels, special Let’s Play streams, weekly Rainbow Arcade DIGIPRIDE streams, special episodes of the Gayming Podcast Live, and more to be revealed! All this plus exclusive ‘money can’t buy’ competitions, reviews, features and interviews on Gayming Magazine. Learn more.

Editor’s Note (June 29): Due to scheduling, we’ve had to unfortunately reschedule the previously planned podcast with Xbox’s Major Nelson and GM of Xbox Trust & Safey KimKunes. We hope to revisit this discussion later in the year