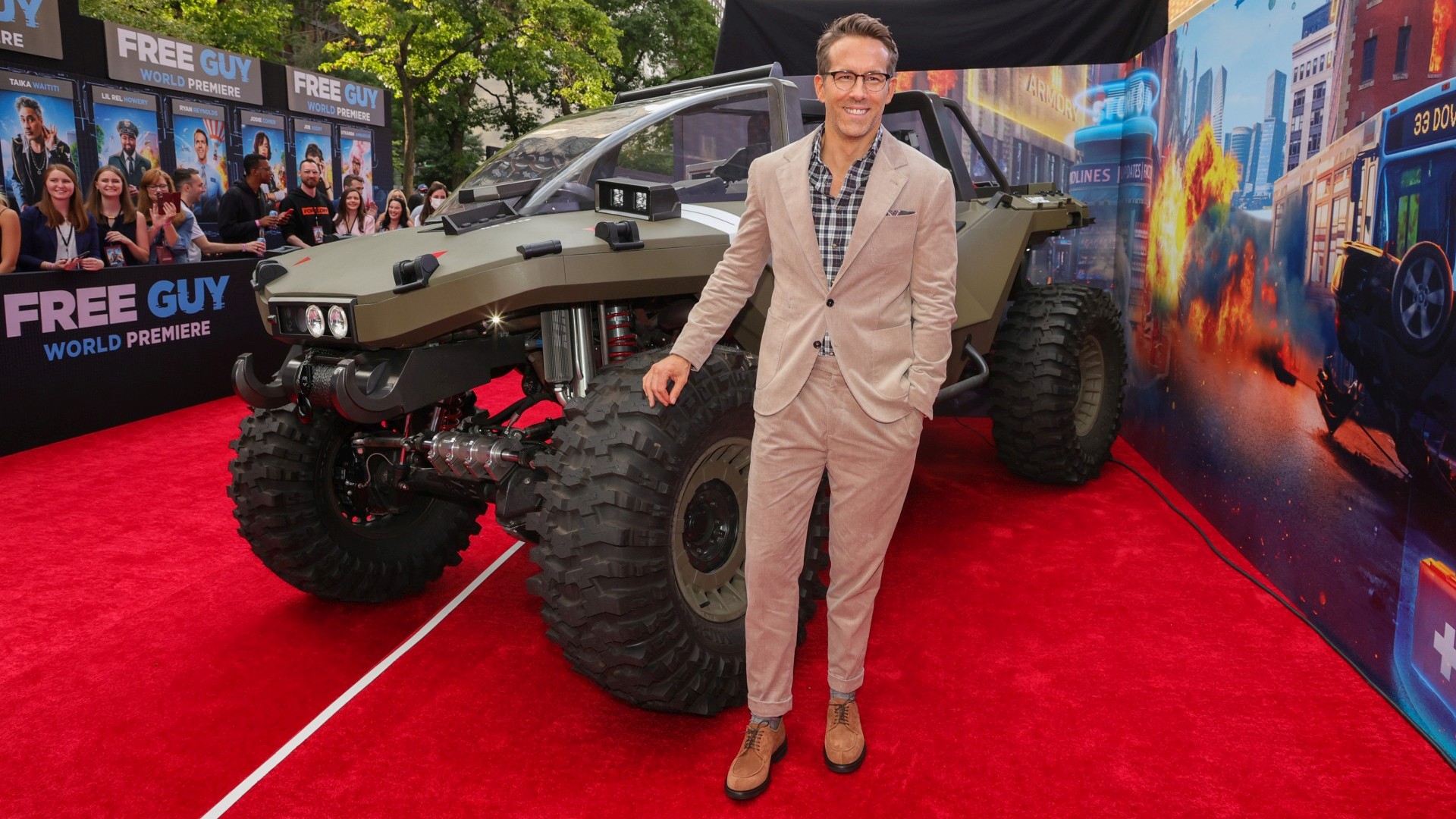 Xbox unveiled a life-sized, scale replica of a Warthog — an all-terrain vehicle designed to transport troops and materials through dangerous battlefields — from Halo Infinite at the world premiere of 20th Century Studios’ “Free Guy” in New York. Keep a close eye out during “Free Guy” and you might even catch a glimpse of certain all-terrain vehicles and tanks from the Halo universe!

To bring the iconic transport vehicle to our universe, Hoonigan Industries, the leading lifestyle motorsport brand, worked closely with the team at Halo and 343 Industries to develop this special project-built Warthog, solely using hi-res images and renders from Halo Infinite, launching this holiday season. The vehicle features a body, interior, switchgear, and accessories that were all hand-crafted and fabricated with intricate detail at Hoonigan Industries. Not only does it look like it could carry the Master Chief into battle, but it also runs like it! Standing tall on 43-inch tires and custom 20-inch wheels, the Warthog is fully functional and off-road tested featuring a 1000+ horsepower, twin turbo small block Ford V8, the same engine that powers Ken Block’s Ford Mustang Hoonicorn V2.

Additionally, Ryan Reynolds announced the winner of the Xbox Game Pass Non-Player Character Awards as Doom’s Samuel Hayden — a high ranking UAC official who may or may not be entirely machine at this point. Check out the video here of Reynolds expressing his disappointment that Guy (“Free Guy”) lost.

The official Twitter poll ended with the following results:

Lastly, for all of the NPCs not recognized by the Non-Player Character Awards, we see you and we are happy to introduce a very special personal injury lawyer: “Bryan Breynolds.” To learn more about Bryan’s prestigious career spent tirelessly representing Xbox NPCs who have been punched, body slammed or flame throwed, visit his LinkedIn profile and check out his latest commercial.

Be on the lookout for the Warthog — you never know where it may show up next!

In Twentieth Century Studios’ epic adventure-comedy “Free Guy,” a bank teller who discovers he is actually a background player in an open-world video game, decides to become the hero of his own story…one he rewrites himself. Now in a world where there are no limits, he is determined to be the guy who saves his world his way…before it is too late. Starring Ryan Reynolds, Jodie Comer, Lil Rel Howery, Joe Keery, Utkarsh Ambudkar and Taika Waititi, “Free Guy” is directed by Shawn Levy from a screenplay by Matt Lieberman and Zak Penn and a story by Lieberman. The film is produced by Ryan Reynolds, p.g.a., Shawn Levy, p.g.a., Sarah Schechter, Greg Berlanti and Adam Kolbrenner with Mary McLaglen, Josh McLaglen, George Dewey, Dan Levine and Michael Riley McGrath serving as executive producers.

For more information ahead of the U.S. theatrical release of “Free Guy” on August 13, visit: https://www.20thcenturystudios.com/movies/free-guy.