Season Three is in full swing in Rogue Company! The second update of this Season features a brand new Rogue and an awesome new way to equip and master weapons through the Weapon Mastery system.

Introducing a Rogue with style and an arsenal of weapons to die for: meet Runway, a seasoned weapons dealer who used a career as a globe-trotting fashion model as a cover for international espionage. Runway maintains a high status with several secret society organizations that sell legitimate consumer goods on the surface, but powerful and high tech illegal arms under the table. Dressed to kill, Runway ensures all of her customers are well prepared with only the best weaponry.

Runway’s special ability, Supply on Demand, is a huge asset to your team. By tossing out her briefcase, teammates can resupply their ammo and gadgets; be on the lookout, however, as her briefcase can be destroyed by enemies. Runway’s passive, Fully Loaded, allows her to buy and equip both primary weapons simultaneously. Speaking of primary weapons, Runway brings along a brand new assault rifle, Hydra. Hydra is a large caliber, fully automatic assault rifle that deals massive damage over long ranges. Jump into the game now to try your skill at Runway and Hydra!

This update also introduces the Weapon Mastery system, which will allow you to progress weapons, earn new weapon wraps, and unlock the ability to use your favorite weapons on other Rogues who utilize the same weapon class. As you play, you’ll gain mastery by using and completing challenges unique to that weapon. Once your mastery in a weapon reaches level 5, it can be used by all Rogues that have access to that weapon class. Master a weapon class or achieve the status of Weapons Master to unlock Legendary reactive weapon wraps. Start mixing and matching your favorite weapons to your favorite Rogues now!

Runway and Weapon Mastery is available now on in the latest Rogue Company update on Xbox One & Xbox X|S! 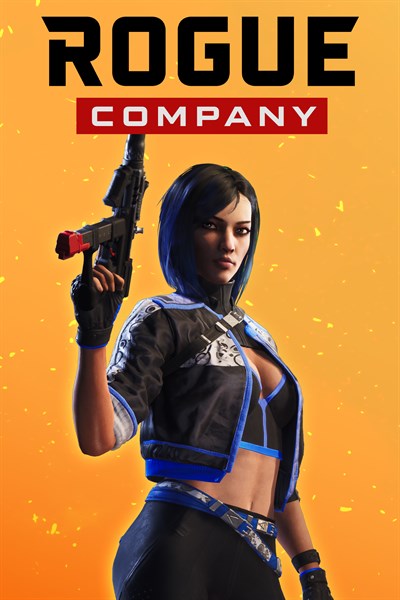 ☆☆☆☆☆ 590
★★★★★
Get it now
Xbox One X Enhanced
Gear up and drop in to Rogue Company, the third-person tactical action shooter that puts the fate of the world in your hands. Defeat the enemy team in objective and action based game modes featuring exotic locales, thrilling gun-play, and explosions…lots of explosions. Assemble your team and play FREE now! Skydive into high-stakes missions in hot spots around the globe. Take part in action-packed 4v4 and 6v6 game modes; control the point in King of the Hill, fight to survive in Strikeout, or plant and defuse bombs in Demolition. Looking to be more competitive? Join the Ranked queue to show off your skills. Or relax in a rotating Limited-Time Mode. Drop in as one of the many agents of Rogue Company, each with their own unique set of skills, weapons, and gadgets! Fire explosive napalm with Switchblade’s Chaos Launcher, use Saint’s revive drone to save your teammates, or take the enemy team offline with a hack from Gl1tch. Which Rogue and play style will you choose? Throughout each match, you’ll earn cash to spend in the in-game store. Choose how you approach each round — will you buy a katana to get up-and-personal with your foes, or the Tyr sniper rifle to take them down from afar? You can also unlock high-tech gadgets, ranging from Dima’s favorite explosives to a disorienting tear gas. Rogue Company is 100% Free to Play. All Rogues can be unlocked free and come with additional free rewards that you can collect just by playing the game. Even better: Rogue Company supports full cross-play and cross-progression, meaning you can play with your friends regardless of platform, and bring your unlocks wherever you game. Are you ready to save the day, look good, and get paid? Download Rogue Company and play for FREE today!