CrossfireX has seen a number of regular updates in the last six months ever since it launched in February 2022. With more maps, items, and gameplay improvements, they have all been leading up to the game’s biggest content update yet: Babylon. Available now, the Babylon update provides Crossfire battles like never before and we cannot wait to see where the fight takes you.

Babylon is the long-awaited Occupation map for CrossfireX’s Modern mode, first teased a year prior on our social media channels. Since the map was first previewed it has gone through many different variations before becoming what you can play today. Get ready to jump into a massive 15 vs 15 battlefield with three points ready to be captured. To help turn the tide of battle, you will be able to pilot mechs, use helicopter turrets, and even call upon air strikes from the map’s giant mechanical tarantula. With such a big map, the team wanted to make sure players had different combat options available, making it so that no two battles will be alike when you drop in.

You can get a feel for the map by checking out the Babylon update trailer that debuted at gamescom 2022’s Opening Night Live.

The Babylon update will also introduce a new Search & Destroy map for both Modern and Classic modes: Satellite – set within a large compound, different routes of attack will take the fight through storage warehouses and rooftops. You will also be able to experience the Transport Ship Team Deathmatch Map in Modern Mode as well as the returning limited time knife-only TDM map in Classic Mode with this update.

Upon starting up CrossfireX, players will also see a complete menu UI overhaul. Major changes have been made to the game’s UX/UI in order to improve player experience. This was something the team wanted to streamline for all players and can be seen in the improved main lobby, additional user guides, and a new in-game store design.

Players will also notice an improved matchmaking system when queuing up for games. With the new QuickPlay feature, players will now be able to queue for multiple modes at the same time within either the Modern or Classic playlists. Additionally, any maps included in the Event playlist will now share matchmaking queues with the regular mode pools, which addresses a primary concern from the community.

To celebrate the launch of the Babylon update there are a number of free giveaways and events for players to enjoy. In-game, there is a new Event Battle Pass. Players will be able to unlock up to 6 free weapon skins, boosts, premium currency (CFP), and in-game currency (GP). Take advantage of the Event Pass XP Boost event to earn rewards faster.

From August 23rd to August 28th, players will also be able to claim the Smuggled Goods Pack for free. This pack contains two weapon skins and one accessory. To claim, simply head over to the Microsoft Store and search for CrossfireX. The Smuggled Goods Pack will be a free add-on pack for anyone to grab during this time period.

Xbox Game Pass Ultimate members will also be able to claim an exclusive CrossfireX Ultimate Perk. Navigate to the Game Pass section on the Xbox console, locate the CrossfireX Perk offering and follow the instructions. Make sure to claim the exclusive B.C.-AXE Project X before the offer ends.

Finally, we once again would like to thank our community for its continued support. It’s been a long road since CrossfireX launched in February 2022. We’ve been hard at work to address the needs of the community, whether it be through new Modern & Classic mode maps, more control options or general gameplay improvements across the board. We’re proud to share the Babylon update with you today and look forward to sharing more with you in the future. Continue to follow CrossfireX on social media Facebook, Twitter, Discord, Instagram, and YouTube to stay on top of the latest game news, and even a few surprises as well. 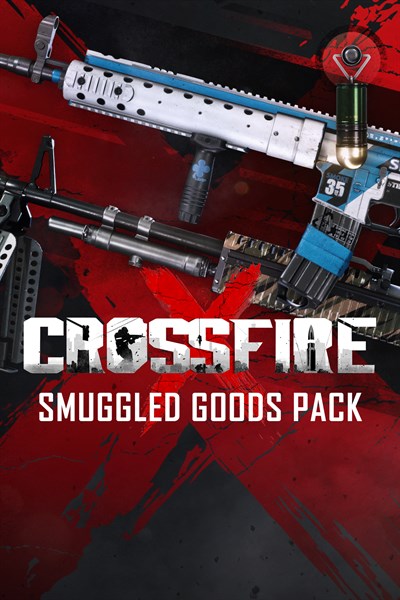 ☆☆☆☆☆ 10
★★★★★
$9.99 $8.99
Get it now
Upgrade your arsenal with the Smuggled Goods Pack, featuring two deadly machine guns suitable for any combat situation. Wield the SPR-12, a highly accurate semi-auto rifle with the ‘Smoke-35’ skin to accompany it. Also get your hands on the VN60, a heavy machine gun with a large ammo capacity, as well as the ‘Forest Camo’ skin. Pack includes: – SPR-12 Smoke-35 – VN60 Forest Camo – Western 40mm HE Accessory 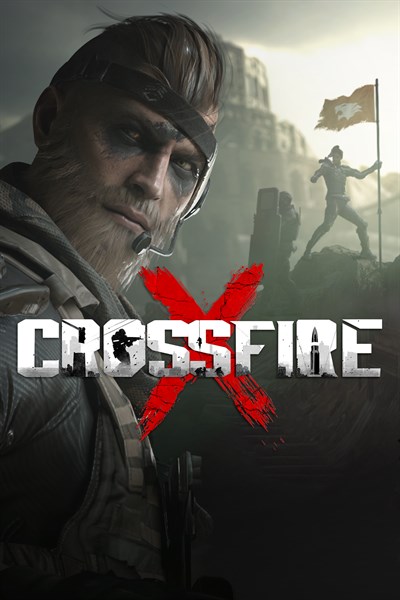 ☆☆☆☆☆ 509
★★★★★
Get it now
Xbox Game Pass
The legendary PC franchise comes to Xbox in a fast-paced first person shooter offering a variety of exhilarating multiplayer experiences and a cinematic campaign, developed in partnership with Remedy Entertainment, that explores the global conflict between the world’s two most formidable private military factions. Play it for free, only on Xbox.