On January 22, Lumini will launch on Xbox One. Lumini is a relaxing flow-adventure game that we initially released back in 2015 for PC. It is a game where you experience friendship, loss, sacrifice and joy in a journey where it is your responsibility to help a swarm of previously extinct alien creatures survive, while navigating a journey to save their home planet.

“That sounds exciting and dangerous,” I hear you thinking. “Why are you calling it a relaxing flow-adventure game?”

We developed Lumini with the goal to make you forget you are playing a game. It was meant to make you forget your problems for some time while you lose yourself in the entrancing visuals, soothing music and make a connection with these tiny digital creatures. While there are challenges ahead and you’ll find plenty of danger, a lot of the time you’ll be sucked into the colorful places you’ll visit, drawn in further by the dreamy tunes and fluid movements of your swarm.

An alien planet with a long history. It used to be a bountiful place full of energy, but when all the energy got harvested by the dominant civilization, it gradually degraded and became a hostile barren place with predators that only know one way to survive. The Lumini were once the catalysts for the energy of the world. They can absorb it and convert it back. With the disappearance of the energy, so disappeared the Lumini. Now they are back on a quest to rejuvenate the planet that is not as friendly as it used to be.

Lumini tells you a story about what happened and what your journey is about. However, it doesn’t do this in a traditional way. To prevent any distractions we shied away from using any text or voice-over that wouldn’t fit in the world and would only serve to remind you that you are playing a game. So, we opted to tell everything through environmental storytelling. If you pay close attention while you travel, you can find lots of details that puzzle together what happened and why you’re here. So, when you’re playing, pay close attention to the background and put on your detective hat.

You wouldn’t be half as relaxed while playing Lumini if it wasn’t for the music. It’s a core aspect of setting the tone for the game, while also being designed in such a way that it warns you what is and will be happening. The music is fully adaptive to your actions and the sound design works in unison so that it becomes one composition of sound that draws you in deeper and deeper and at times gets your heart racing. The architect of everything sound in Lumini is Gijs Driesenaar. Who got several accolades for the game’s music.

Along the way you’ll find obstacles that need to be solved for your swarm to progress. These are not always possible to confront with your entire swarm and you’ll find that you must split up into multiple groups in order to do the things necessary to get the obstacle out of the way. You can’t be in two places at the same time, except when you’re a swarm. Now it might be tricky at first to control two different swarms simultaneously, but don’t get frustrated if it doesn’t work out immediately. We know you can do it! You can even get some practice while trying to find the secrets that the world has hidden for you.

Ultimately, Lumini is about experiencing an adventure and forgetting yourself. We had a blast developing it and while our studio (Speelbaars) might no longer be active, many of us have branched out and have done different things. The development of the game was as much a journey to us as the game hopefully is to you. Is this all there is to Lumini? Of course not, but it wouldn’t be fun if I spoiled everything, now would it?

There are things to discover about the swarm itself that you’ll only manage if you take control over these cute creatures that await your help. We hope you’ll take up the mantle and save them and their planet! 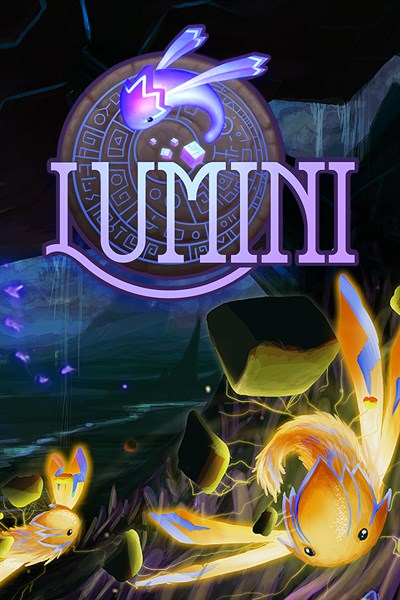 ☆☆☆☆☆ 6
★★★★★
$9.99
Get it now
A long-forgotten species, a hostile planet and a journey of discovery – welcome to the world of Lumini… Having vanished without trace for thousands of years, an innocent race of creatures known as the Lumini have returned to their home world. Sadly, time has not been kind and the balance of the planet has shifted, turning the once gentle environment into a hostile landscape. Only the Lumini themselves can restore balance and help revive their long-dormant race, before adapting to preserve the future for generations to come. Explore the Lumini home world in this relaxing flow-style adventure, overcoming obstacles and keeping your swarm safe while collecting the planet’s energy to bring back your fallen comrades. Split and reform your swarm, evolve and discover new abilities to bring the Lumini back to their former glory…