Adventurer! Nimue needs your help! Mysteriously transported to the mystical world of Black Desert, Nimue is being hunted by the Red Paladins. Only you can fight the Red Paladins and help her return to her own world.

No ordinary Adventurer can just take on the Red Paladins – only those level 53 or higher have the power to take down these fearsome foes. Together, you and Nimue can save the world of Black Desert from the madness of Red Paladins.

During your quest with Nimue, keep an eye out for otherworldly coins called Fey Coins. While these coins might seem like any other form of currency you might find in Drieghan or Calpheon, they are a rarity. Make sure to hold on to these coins while you adventure with Nimue, as they may be worth something to the right merchant. (Hint: check around Tarif – I’m sure you’ll find someone there…)

Should you find an interested party, your Fey coins can be exchanged for valuable items.

Ready to join in on the quest? Xbox adventurers will have their chance to experience the journey on August 5. However, act with haste! This mystical journey and the mythical rewards will only be available for a limited time. Come August 26, Nimue and the Red Paladins will vanish just as quickly and mysteriously as they appeared. 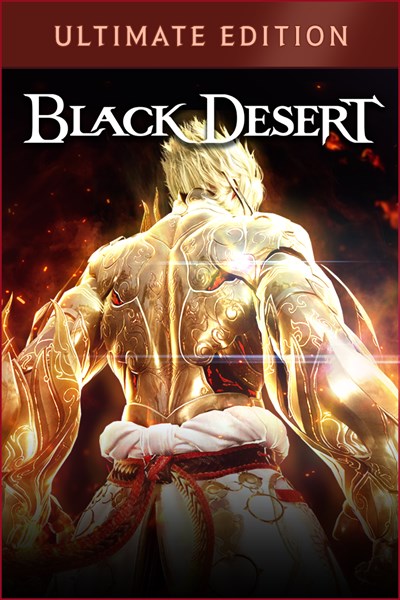 ☆☆☆☆☆ 1097
★★★★★
Get it now
Xbox One X Enhanced
The continent of Valencia has opened! Explore and survive the harsh deserts, defeat barbaric tribes and unlock the secrets of the Black Desert. Black Desert is a revolutionary MMORPG that delivers intense fast-paced combat, deep and interesting life skills all rolled into an expansive open world setting. Exploring the world of Black Desert will unlock the mysteries of the Black Stones, encounter demons and monsters, and allow you to fulfill a life filled with fishing, trading, horse training and so much more! The Black Desert Ultimate Edition digital bundle includes the full Black Desert game, Signature Classic Set, a 90-day Value Pack, a Snow Wolfdog Pet, a Junaid Cat pet, a Tier 5 Horse(Random), the Calpehon Charger's Horse Gear set, the Bell Ephoc Wagon Set, 10 XP scrolls for Combat, Skill and Life Skills, Horse Whistle, Storage Maid, and 3000 Pearls to use in game. Team up with other players to take down the Lord of Corruption! IMPORTANT: The item packages included in the bundles will only be sent to the server that corresponds to the region where the product is purchased. [Accolades] – Join over 10 Million Registered Users in Black Desert – The 10 Best MMOs of 2017 – MMORPG.com – 2016 Best new MMORPG – MMORPG.com – 2016 MMORPG OF THE YEAR – MASSIVLY OP