The Drone Racing League Simulator, the most immersive drone racing video game, is available today on Xbox One. It’s designed by a crew of adrenaline junkies and sports-fanatics — a.k.a. the Drone Racing League (DRL), the fastest-growing, global professional drone racing property. You may know the league from watching a DRL race on NBC, Twitter or another international sports network. Whether you’re looking to escape to new realities, soar through visually thrilling places, or battle it out with your friends to the finish line, the DRL SIM’s got the most electrifying flying adventures for you.

Putting you straight into the cockpit of the fastest drones, the game will give you an out-of-body flying experience only FPV (First Person View) drones can provide. Explore new worlds through 25 unique maps. Fly like the pros across 18 replicas of DRL tracks. Race against friends around the world through Multiplayer mode. Experience the new playing field like never before as you lift off in these top five levels on the SIM:

Drop into this shipyard, modeled off an abandoned power plant in Yonkers, New York. Dip under cranes, rip around crates, and dodge any drowning of your drone in the river through this virtual version of DRL’s test event in 2015 (where DRL pilots miraculously flew for the first time).

Flying a drone near a plane is a no-go in real life, but in this deserted airport, you’re free to spin though jet engines, glide under wings, and zoom over an empty runway. Pro tip: zip through the giant blimp for a new aerial viewpoint.

You’ll fly much faster than a football in this digitized home of NFL’s Miami Dolphins in Miami Gardens, Florida. Accelerate at speeds above 90 MPH through the arena that’s hosted four DRL races to date.

As you cruise through this historic steel factory, you’ll face long dark corridors, hulking machinery and hairpin turns in every direction. Elite pilots raced the same map during a 2017 DRL season event.

Fly through thrill rides at one of America’s largest indoor theme parks, located in Las Vegas, Nevada. Here you’ll get to spiral through loop-the-loops, spin down a 120-foot roller coaster drop and whip around a swinging pirate ship.

Based on the 2018 DRL Allianz World Championship race in a Middle Eastern desert along the Red Sea, this Kingdom is packed with long-sweeping curves for a swirly ride. Dive down 300-foot high buildings, loop under the city archway, and circle the legendary around the water.

There’s plenty more legendary locations to travel through, push the limits of your drone racing abilities, and compete against your friends.

Never raced before or still a bit wobbly on the quad? All good. You can learn the flying basics through the SIM’s training missions that’ll take you from player-to-pilot in a few hours. (Seriously, after completing the session in the SIM, you’ll be able to fly an FPV drone in the wild.) The best drone racers on earth practice and play on the DRL SIM everyday, and now’s your chance to hone your drone-piloting skills, have fun, and experience the freedom of flight. 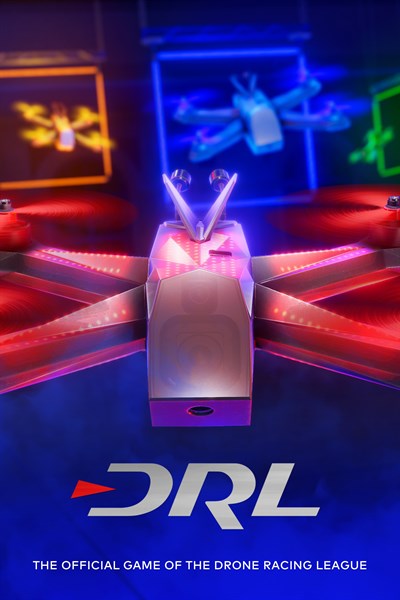 ☆☆☆☆☆ 27
★★★★★
$9.99
Get it now
This is what it feels like to fly in the cockpit of the fastest drones! The DRL Simulator will push the limits of your drone racing abilities and prepare you to fly in real life. Explore legendary locations and new worlds. Battle it out with your friends to the finish line. Crash nonstop without wrecking your drone and breaking the bank. Master this game and you can compete for a chance to become a professional pilot in the Drone Racing League!