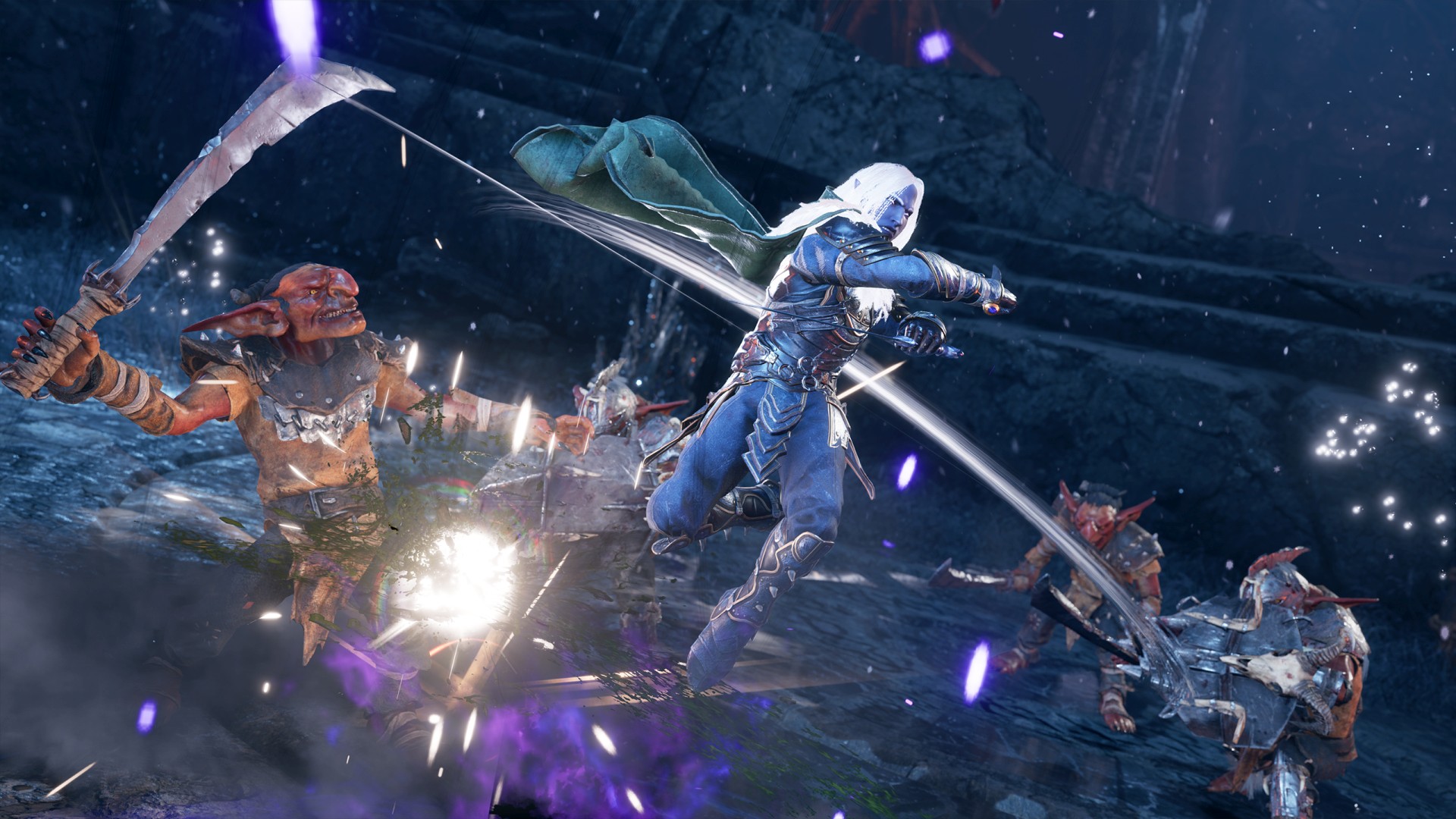 Dark Alliance is coming to Xbox One, Xbox Series X|S, Windows PC, and phones and tablets via Xbox Cloud Gaming (Beta) with Xbox Game Pass on Day One, June 22. But we’re not stopping there! We’ll have more monsters to slay, dungeons to loot, and challenges to overcome throughout the year.

First, let’s cover what’s coming with the June 22 launch. We have three planned post-launch content drops in 2021 that will give players more of what they love.

Our first planned DLC arrives this Summer (Winter for our southern hemisphere friends) and is free for everyone. This includes a new story mission over three levels, where you will battle a faction of Wraiths that are attempting to corrupt a forest spirit for their own gains.

That’s not all. We expect to add two-player split-screen play options to PC and Xbox Series X|S with this update.

Our second planned DLC arrives this Fall (Spring in the southern hemisphere) and is also free for everyone. It will include a new story mission told over three levels. Trolls have invaded Kelvin’s Cairn and it’s up to you to eradicate them. This DLC will also add new challenge ratings to the game, giving you higher expert difficulties to overcome.

Echoes of the Blood War – Expansion

We’ll end the year with a large paid expansion Echoes of the Blood War. This expansion will add a brand-new, magic-using playable character to the game – the perfect addition to the party! Along with the new character comes a new storyline with new missions and new monsters.

We can’t wait for you to get your hands on Dark Alliance when it releases on Xbox One, Xbox Series X|S, Windows PC, and phones and tablets via Xbox Cloud Gaming (Beta) with Xbox Game Pass on Day One, June 22. Much more exciting things in store for this year!

Wizards of the Coast

☆☆☆☆☆ 81
★★★★★
Get it now
Dark Alliance brings to life the world of Dungeons & Dragons in an explosive action brawler filled with real-time combat and dynamic co-op. Frost giants and vengeful dragons roam unchecked through Icewind Dale as invading armies of evil grow stronger every day. Now four heroes must beat back the onslaught of creatures and defend against the dark. Choose your hero and join up to four friends to battle legendary monsters. Explore the frigid world of Icewind Dale as you vanquish unstoppable bosses, earn powerful gear, and unlock new abilities to take on even bigger challenges. Play as Iconic D&D Heroes Choose one of four heroes from best-selling fantasy author R.A. Salvatore – Drizzt Do’Urden, Catti-brie, Wulfgar, and Bruenor Battlehammer. Each has their own unique playstyle and customizable abilities. Complete missions and vanquish bosses to unlock new skills and earn powerful gear, allowing players to take on even bigger challenges. Fight Alongside Your Friends Join up to three other friends and fight together in a dynamic co-op experience with explosive real-time combat. Unleash devastating combos as you topple unstoppable monsters too powerful to go it alone. Conquer Unstoppable Monsters Dark Alliance pits players against some of the most legendary monsters from the world of Dungeons & Dragons. Frost giants, Beholders, White Dragons—muster the strength to defeat them all against insurmountable odds. Brave the Frozen Landscape Dark Alliance brings to life the world of Dungeons & Dragons like never before. Explore the frigid and dangerous world of Icewind Dale as you defend your homeland from armies of abominable monsters. Pre-order now to get the following digital content: Standard Game Beholder Weapon Set