We started developing Amazing Breaker back in 2010. The idea of the game arose from one of our artists’ test tasks. We really liked how the ice figures looked, with all the finest details and cracks on them and immediately jumped into action. We agreed that we wanted procedural destruction, many beautiful ice sculptures, destruction methods and a lot of explosions. So we put together everything that was important for us — the esthetic, the fun and excitement you get when you destroy the figures, the cracks, the shards, the sparkles — because ice is amazing!

A team of five people had worked on the game for about a year. We tried to make the game as beautiful and unique as possible, carefully created each level, drawing the smallest details on each ice sculpture. The sculptures look stunning on the screen, sparkling like crystals, beautifully destroyed by various bombs.

The gameplay focuses on complete destruction of ice sculptures by aiming bombs at them. It takes a lot of strategic thinking and planning to get three stars at all levels.

The player can use a variety of bombs, like Spike Bombs, Ghost Bombs, Helicopter Bombs, and Split Bombs that each have their own unique effect on the ice.

A year later we ended up with the final version. All our testers mentioned the game’s fun and high replay value. After the release the response was immediate – the game became an instant hit on mobile platforms. Rave reviews from players, top positions in charts which we didn’t leave for weeks. Someone wrote to us that he had been keeping the game on his phone for years, someone asked for the contacts of the girl who had done the voiceover for the game because he wanted to marry her.

We kept the game alive and improved it over the years. Since then, we’ve added 200+ levels, new mechanics, HD textures and more. But the story of Amazing Breaker doesn’t end here. For the 10th anniversary of the game, we’ve decided to give our players the opportunity to play it on consoles! Today is the worldwide release of the game so, if you love puzzle games, we hope that Amazing Breaker can become one of your favorites. 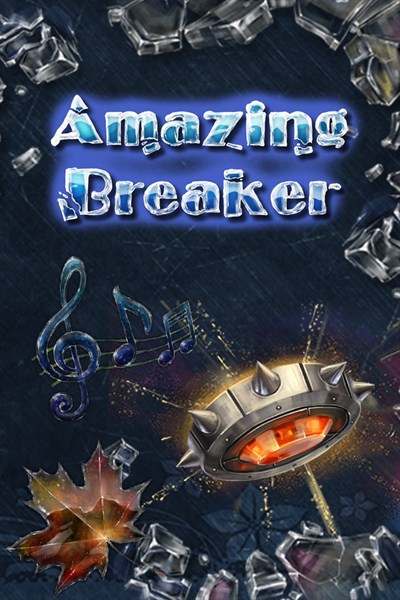 ☆☆☆☆☆ 5
★★★★★
$7.99
Get it now
Amazing Breaker is a beautiful addictive ice-smashing game. The aim of the game is to blast the ice sculptures with different bombs: ◆ Spike Bomb – simply aim and shoot ◆ Ghost Bomb – goes through ice, press and hold to control it ◆ Helicopter Bomb – press to deploy violet crystals ◆ Split Bomb – press to split into 3 green explosive crystals ◆ AND OTHER BOMBS TO DEVELOP YOUR WINNING STRATEGY!